As the trees gain their leaves back, tulips of every color pop out of a newly unfrozen, warmed earth, and the evening glow lingers later into the night, spirits are high: weekends full of beaches and boats are on the mind.

What better way to end those long nights than with a feast of fresh seafood and a Whiskey on the rocks, right at water’s edge? A Hibiki 21, and a dozen oysters on the half shell….

Wait, oysters? I know, I know. You may have heard: There’s a myth floating around that oysters should be avoided, basically at all costs, during those months that lack an “r” in their names. That is May through August. All of those prime summer months. Why? 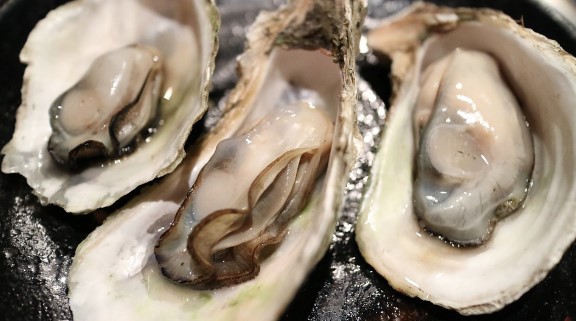 It comes down to a combination of a few factors. First, a lot of the ocean’s oysters are in spawning season this time of year due to warmer waters, which means that they’re devoting their energy to procreating instead of being a good appetizer. The flesh of the oyster tends to become fattier, flatter, and a bit watery and soft. There’s also a bacteria concern for seafood overall, as warmer temperatures make for faster bacteria growth.

What better way to end those long nights than with a feast of fresh seafood and a Whiskey on the rocks, right at water’s edge? A glass of Hibiki 21, and a dozen oysters on the half shell

However, thanks to modern transportation, advanced refrigeration methods, and temperature-controlled oyster farms, these factors are becoming more and more concerns of the past. Sure, the options may be greater during those “r” months, but throughout the entire summer we can still source oysters from cold-water locations that aren’t affected by this, and we can take spoilage concerns largely out of the equation.

So let’s get to it then, shall we?

Of course, the staple oyster pairing is always a light, young, and dry Chardonnay-based sparkling white: the Blanc de Blancs Champagne and Chablis. But with all of the weekends ahead for oyster feasting, we’re looking to change it up once in a while and see what else accents those briny flavors in new ways. While there’s plenty more than those below, it’s a diverse range of options to get you thinking of all of the other potential pairings out there. 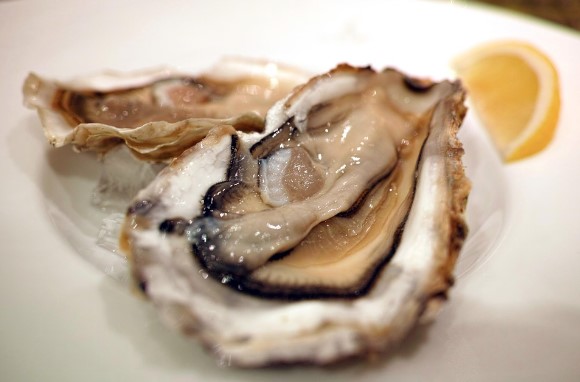 A good introduction to the non-sparkling wine pairing is Muscadet, another white wine out of France, from the Loire Valley—he most prolific wine in the region. Unlike most wines under Appellation Origine controlee, however, you’ll notice that this wine is instead named after the wine that comes from the Melon de Bourgogne grape that it’s made from: Vin qui a un goût musqué (wine with a musk-like taste). 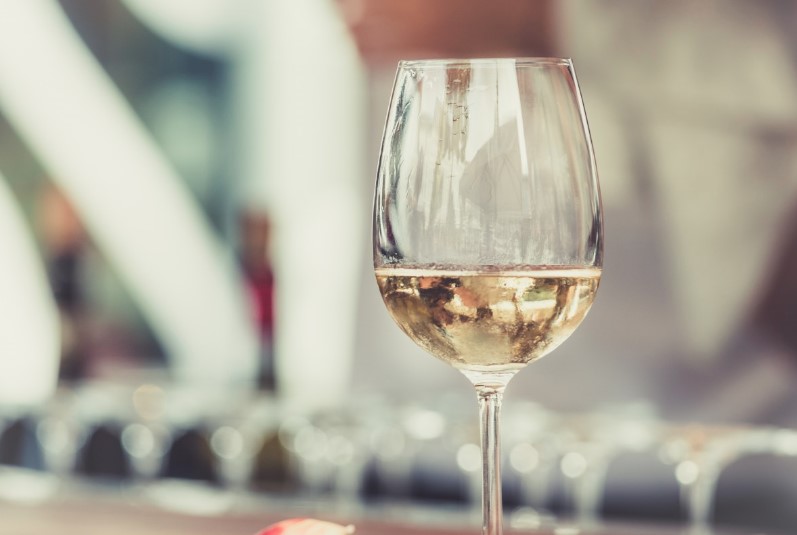 As with our classic Champagne pairings, you will want to keep your Muscadet on the younger and brighter end as well. A few labels to look out for are the Bonnet-Huteau 2012 Goulaine, the Domain de l’Ecu 2014 Granite, the Lé Freres Couillaud 2016 Château de la Ragotière Sélection Vieilles Vignes Sur Lie, and the Jérémie Huchet 2015 Clos les Montys 1914 Sur Lie.

The botanical bouquet of dry Gin pairs quite naturally well with the even freshness of oysters. The more juniper-heavy Gins with herbal (and sometimes spicy) undertones are the greatest complements, while those with heavier floral notes may serve to overwhelm an oyster’s subtleties.

If you’re looking to add a little bit more to that glass of Gin, look no further than the simple staple that is a bone-dry, ice-cold martini; it does so well to complement oysters quite exceptionally

One recommendation would be the Oliver Cromwell London Dry Gin, which, perhaps surprisingly with its price tag, took home the Gold Medal at the International Wine and Spirits Competition in July of last year. Fifty Pounds Gin and Sipsmith are also worthy pairings.

And, if you’re looking to add a little bit more to that glass of gin, look no further than the simple staple that is a bone-dry, ice-cold martini; it does so well to complement oysters quite exceptionally.

Perhaps one of the least intuitive pairings on this list is Scotch. Though not quite as bold as an American Bourbon, Scotch Whisky is nonetheless a heavier spirit more often paired up with the likes of steak and the bold flavors of a blue cheese.

That said, the most unassuming pairs can be the most interesting, and this is no exception: There are a plethora of new flavors unraveled in both the Scotch and oysters when put together. When the Whisky is sipped and then the oyster consumed in sequence, the smokiness of the Scotch counterbalances the gentle sweetness of the oysters, while at the same time highlighting the saltiness of both parties in new ways.

Beer is, of course, paired with everything these days, but the stout and oyster pairing actually has roots far before the craft brewing movement ever took flight.

While the “oyster stout” term now refers to stouts that are, indeed, brewed with oysters—shells included—the original “oyster stout” referred to consuming beers and oysters together in Victorian England.

That said, the most unassuming pairs can be the most interesting, and this is no exception: there are a plethora of new flavors unraveled in both the Scotch and oysters when paired

Somewhere in the 1800s is when the oyster stout started to become a beer brewed with oysters and not simply consumed with it, when the shells were identified to be great clarifying agents. And then, as all spirits history goes, it’s quite uncertain how that calcium-carbonate clarifying role of the oyster shell transitioned into shells, and then the meat itself, added to the boiling process. 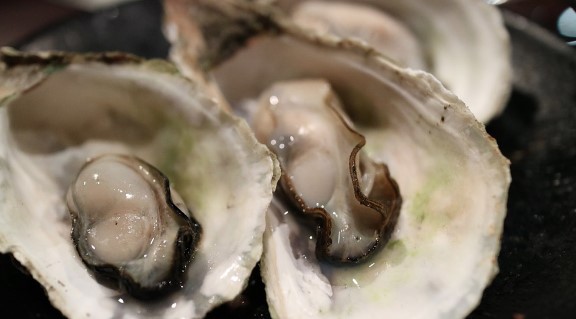 While an oyster stout won’t taste like liquid oysters (probably for the better, of course), it will have some distinguishable oceanic undertones, making it a great complement to the little bite of near-pure sea that is an oyster itself.

While many craft breweries producing the oyster stout keep them to the local taprooms, two in particular to look for are HenHouse Brewing Company out of Petaluma, California, and 21st Amendment Brewery, out of San Francisco, California. 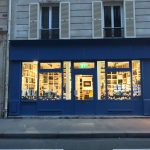 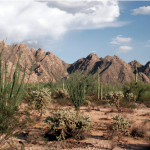