NEW YORK – What does it take to be the best? Michael Jordan reportedly used to practice as hard as when he played in games. Roger Federer has constantly made minor changes (fitness, technique, equipment) throughout his career to become the best ever. As for golfer Jack Nicklaus, he believes winners think clearly under pressure and focus on solutions, rather than complaining about problems.

But sports are easier when it comes to deciding who’s the best. There’s a scoreboard, tournaments, and a clear winner at the end. Restaurants are a lot more difficult. Like other art forms, there’s no definitive score to determine which chef or restaurant in the world is the best. But that doesn’t stop some people from trying to do so. 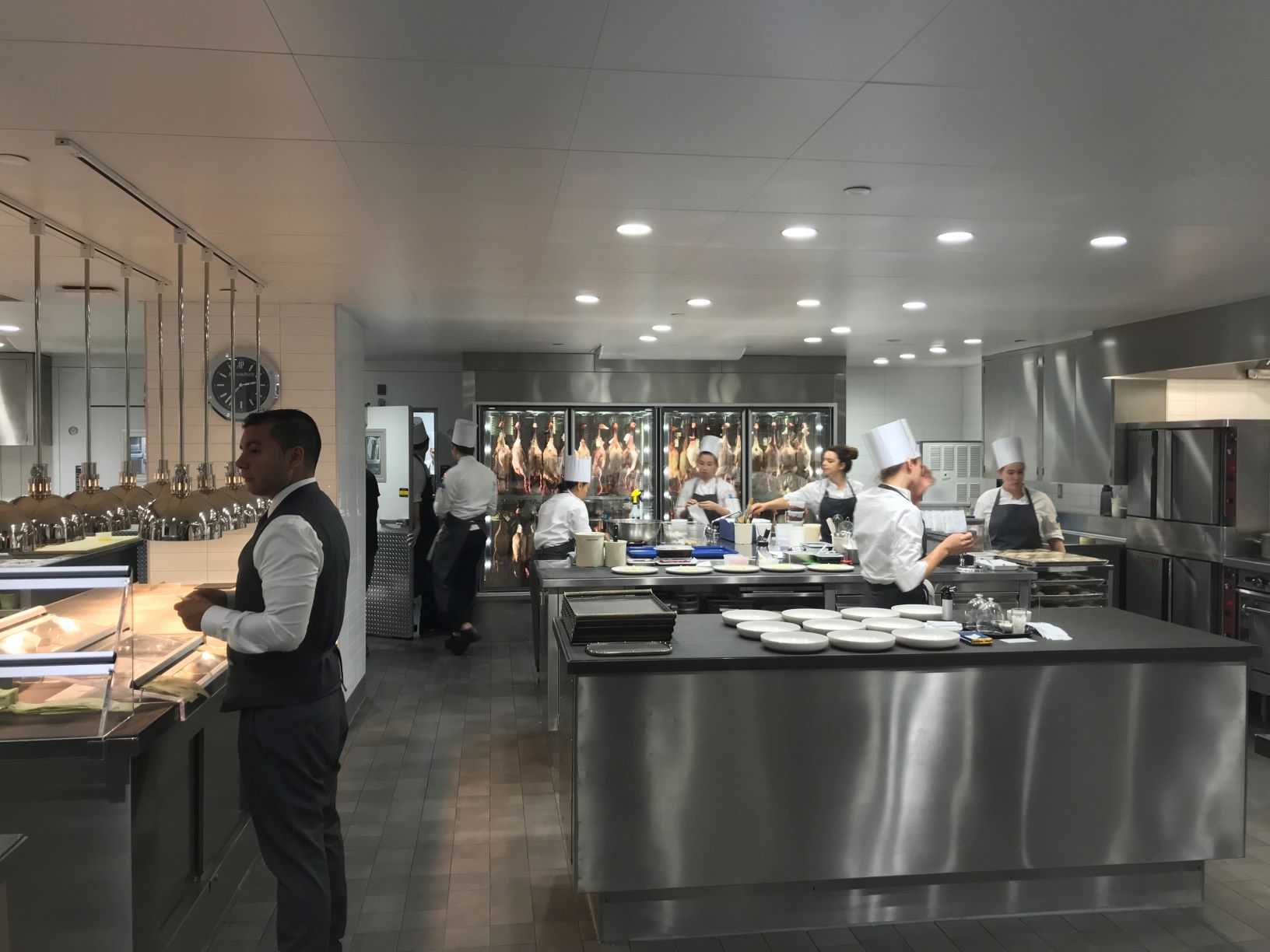 In recent years, an organization known as The World’s 50 Best Restaurants has set out to settle this debate once and for all. Recently, this organization declared Osteria Francescana in Modena, Italy, the number one restaurant in the world. The same restaurant was named number one in the world in 2016. In between, the top honor went to Eleven Madison Park in New York City in 2017.

In the recent rankings, Eleven Madison Park slipped to fourth in the world on The World’s 50 Best Restaurants list. (Then again, the restaurant was closed last year from June to October to renovate its kitchen.) But it’s still the best restaurant on the list in all of North America. The restaurant also received the highest possible rating from Michelin (three stars) and The New York Times (four stars). And whether one restaurant is number one or number four can be a source of endless debate.

So how did Eleven Madison Park get so good? What makes this restaurant so great? Judging from a recent three-and-a-half-hour, 11-course lunch at the restaurant, it’s all in the details. From the ingredients to the service, outstanding wine pairings, and personalized attention throughout the meal, Eleven Madison Park gets everything right from start to finish. 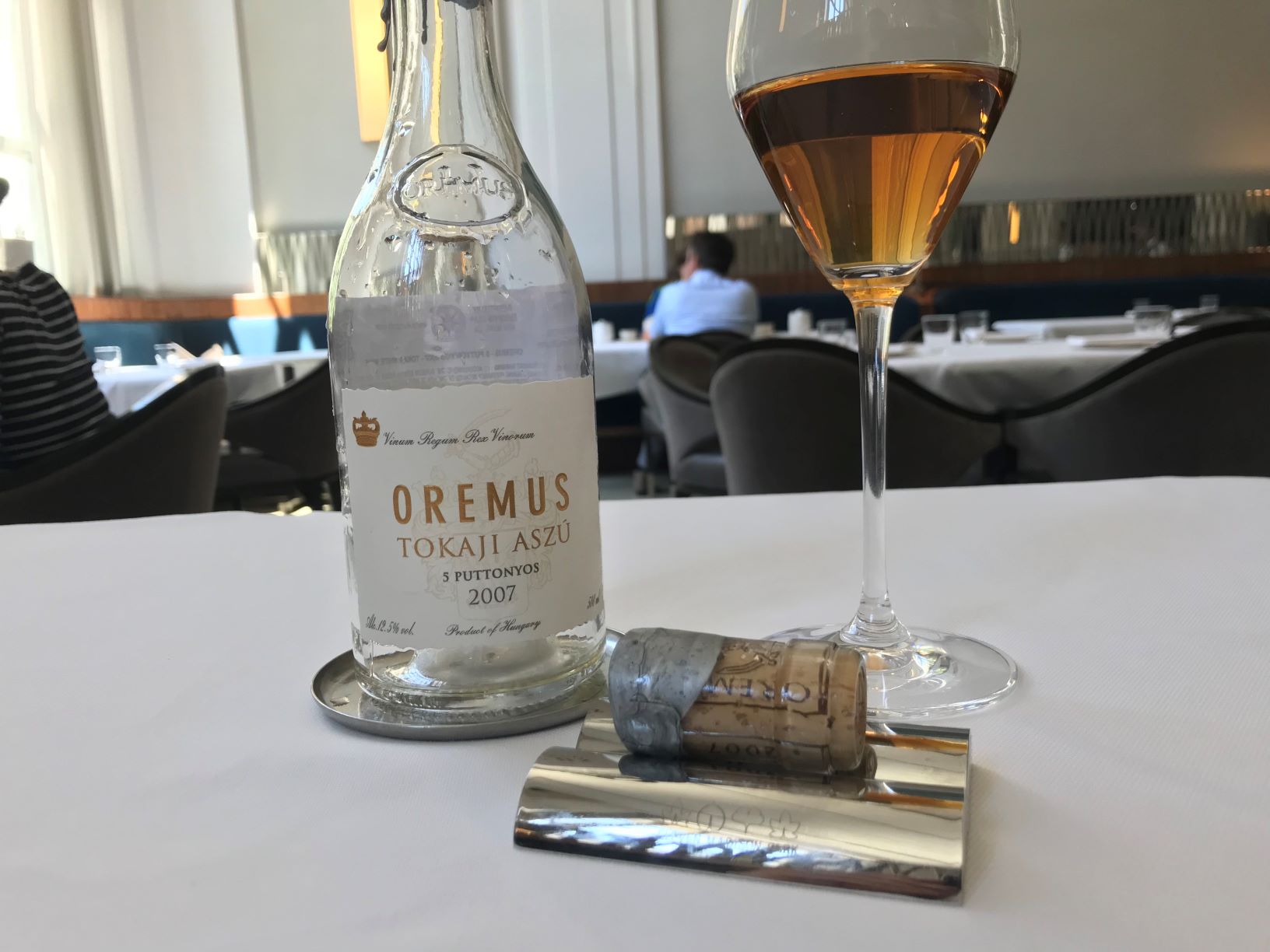 But first, you have to reserve a table at Eleven Madison Park, something easier said than done. As you might expect for such a highly respected restaurant, making a reservation here can be a challenge. But as with anything in life, persistence often prevails in the end.

Once you have made a reservation, you can expect to hear back from someone at the restaurant about your upcoming meal. In my case, the Maître D’ wrote back and asked “if there is anything unique our team can do to personalize your experience.”

Without giving anything away, let me just say up front they went above and beyond my expectations. And don’t hesitate for a second about splurging on the $175 wine pairing. The restaurant has an award-winning, 189-page-long wine list sure to delight your senses and stir your soul. 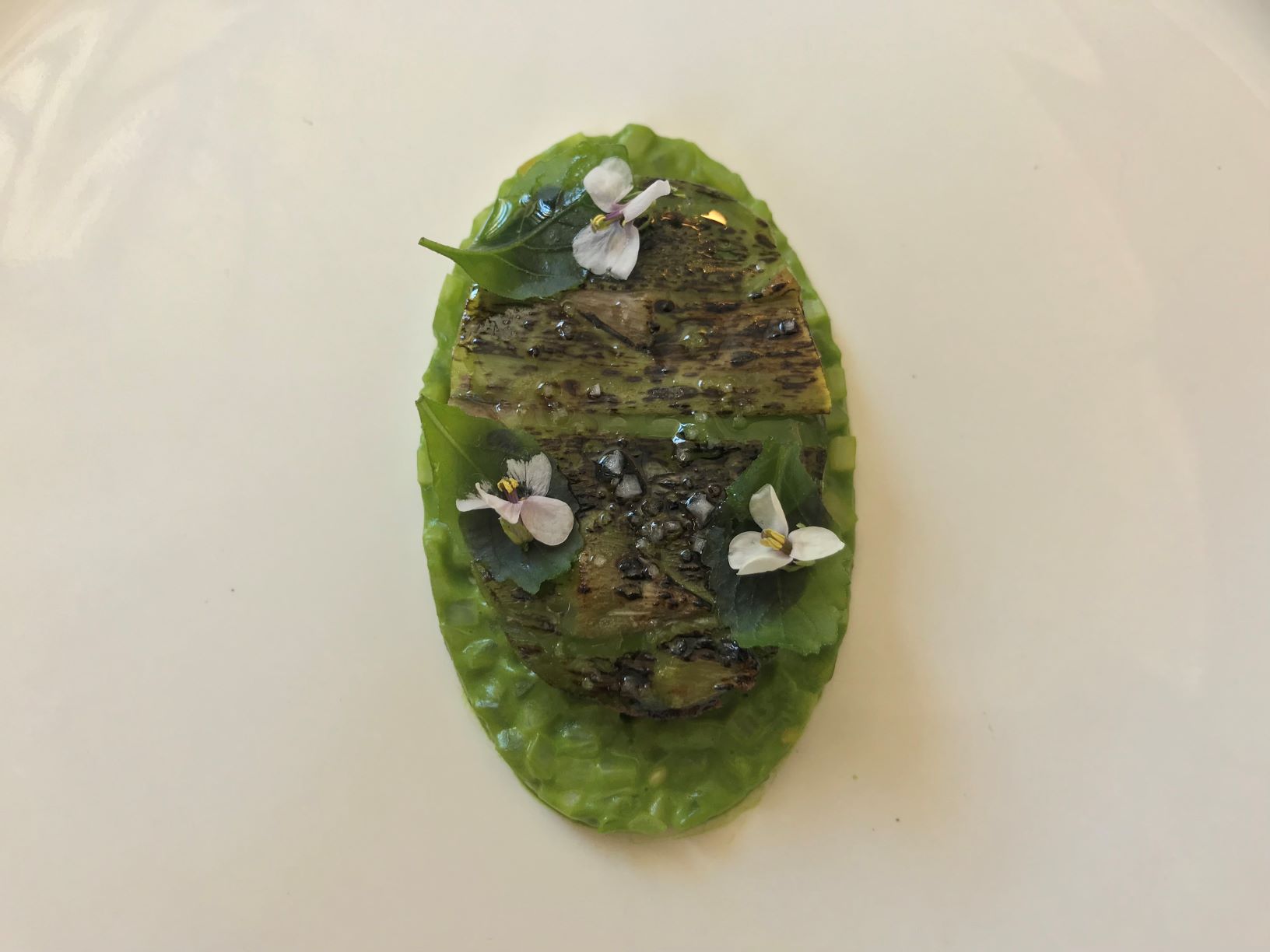 How did the restaurant earn the top spot on this coveted list? According to the website for The World’s 50 Best Restaurants, this is what makes this restaurant so special—“It’s the perfect partnership of outstanding hospitality and exquisite food in an iconic setting in New York City that makes Eleven Madison Park the No.1 in The World’s 50 Best Restaurants. Co-owners Will Guidara and Daniel Humm have put their lives into breaking down the walls between dining room and kitchen, making sure the customer experience is harmonious from start to finish.”

When you walk into Eleven Madison Park, you feel like you’re walking into the middle of a decadent party in a stranger’s elegant house. There’s no formal lobby, no grand entrance area. You walk through a door in the historic Metropolitan Life North Building and there you are, standing in a small area on one side of the restaurant’s main dining room, being greeted by the Maître D’ who emailed you a few weeks ago. 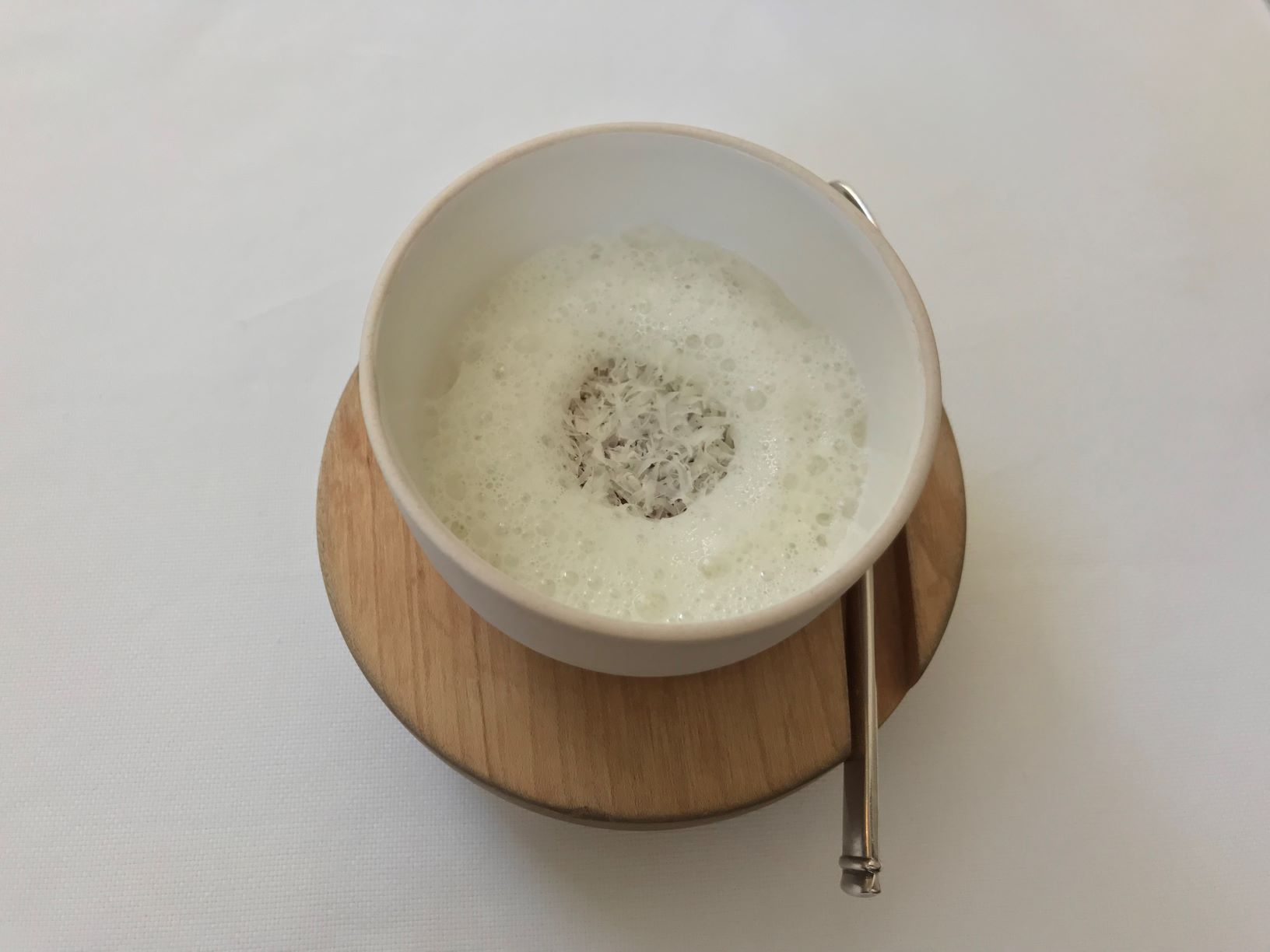 Like many other world-class restaurants, Eleven Madison Park has an understated, minimalist interior. There’s nothing fussy or formal about the restaurant. The colors are muted and neutral. Here, everything seems calibrated to steer your attention away from superfluous items such as décor or design and toward the impressive array of food and drink which seems to come in a steady wave over the next three hours or so.

And don’t worry about remembering what you ate or drank. When you leave hours later, walking on a cloud, you’ll receive a written record of your meal, course by course, so you can remember exactly what you had to eat and drink.

Why wait for dessert? This restaurant starts straight off with dessert. Eleven Madison Park’s take on the iconic, New York black-and-white cookie tastes light and savory and almost Madeleine-like. A perfect way to start off an impressive meal.

Along with having an impressive, award-winning, 189-page-long wine list, Eleven Madison Park serves an outstanding selection of exquisitely made cocktails. And if you’re a fan of Manhattan cocktails, you’re in for a treat. 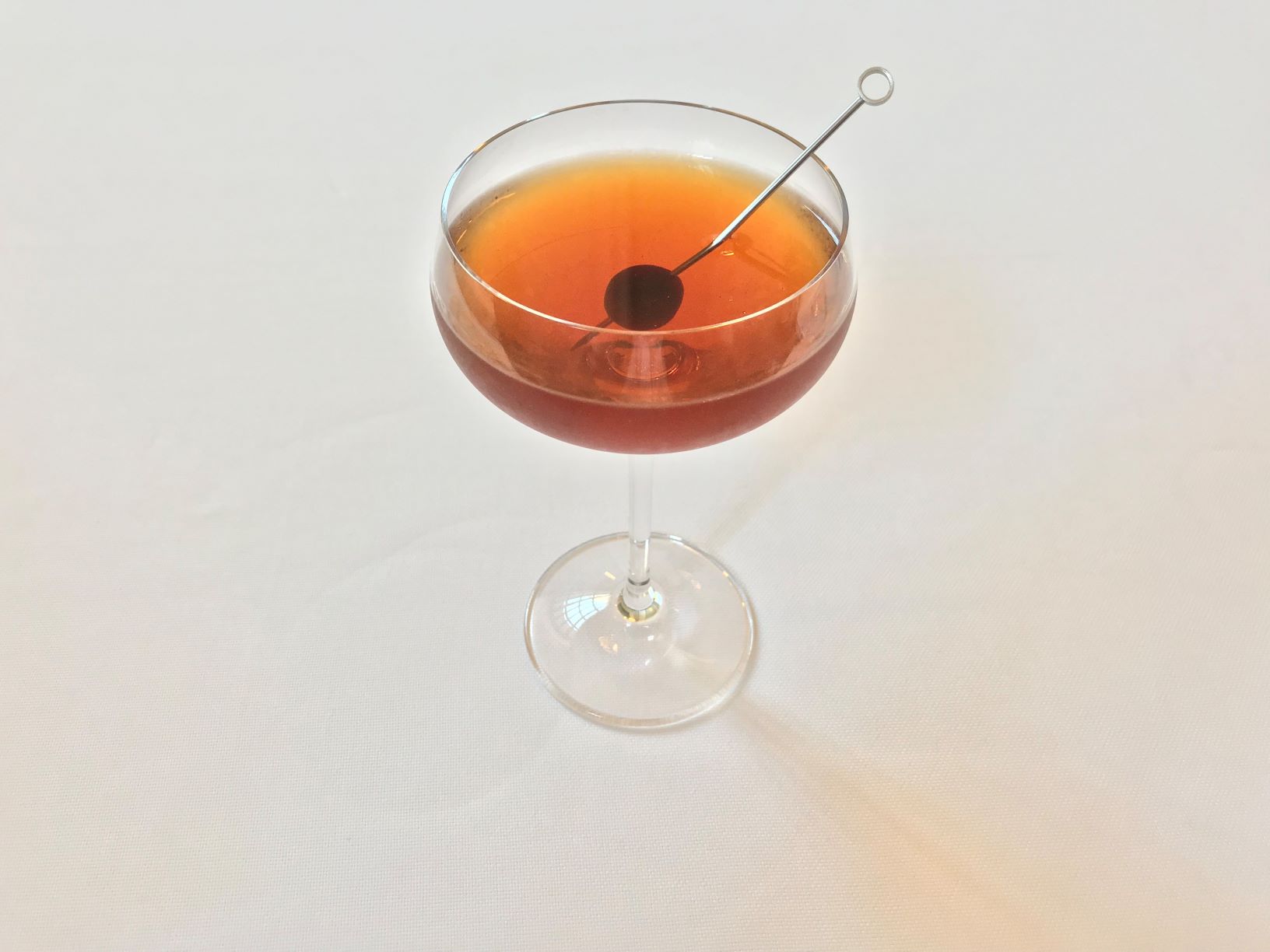 I personally chose the Manhattan, a classic Manhattan made with Rye, Carpano Antica Sweet Vermouth, and Angostura bitters. This light, refreshing version of the classic Manhattan cocktail has a strong but subtle finish. And don’t worry about racing to finish this drink at the start of your meal. As many Manhattan aficionados know, this classic cocktail goes great with almost any food.

Beautifully presented on four, hexagon-shaped, stacking wooden plates, this light, refreshing dish tastes cool and crisp. Imagine the best, freshest ingredients from your summer farm stand prepared perfectly and with a minimal amount of fuss. Here, the vegetables simply shine in all their spring glory. 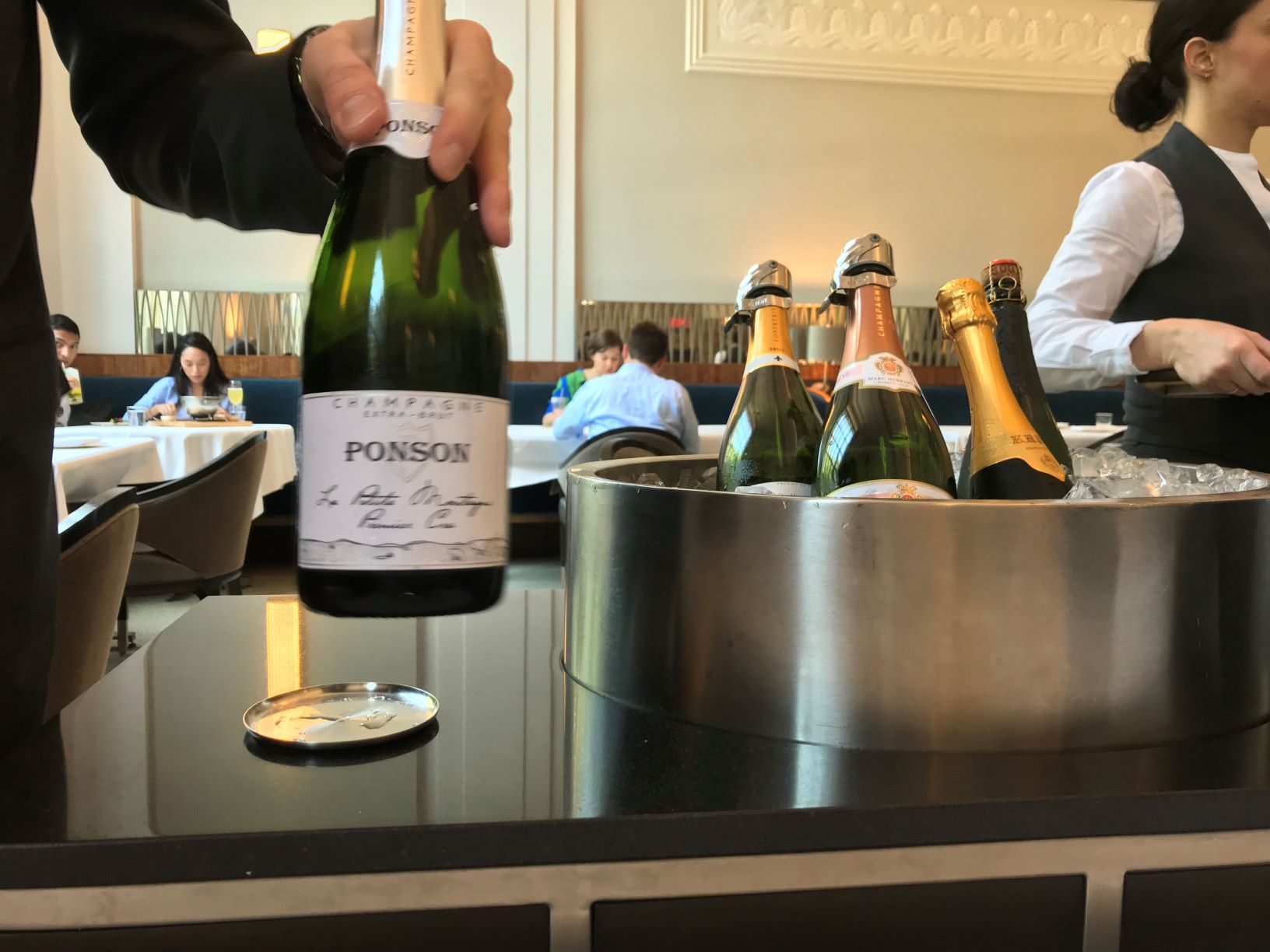 This tart, crisp Champagne with a hint of apple, butter, and sea salt pairs perfectly with the seasonal vegetables. A great food wine that’s also enjoyable on its own.

This decadent course is unlike anything you’ve probably ever had before. Pairing cheesecake with sturgeon, caviar, and asparagus demonstrates the restaurant’s risk-taking side. This unique combination brings out the food’s rich, creamy flavors. It also pairs well with the Ponson Champagne. 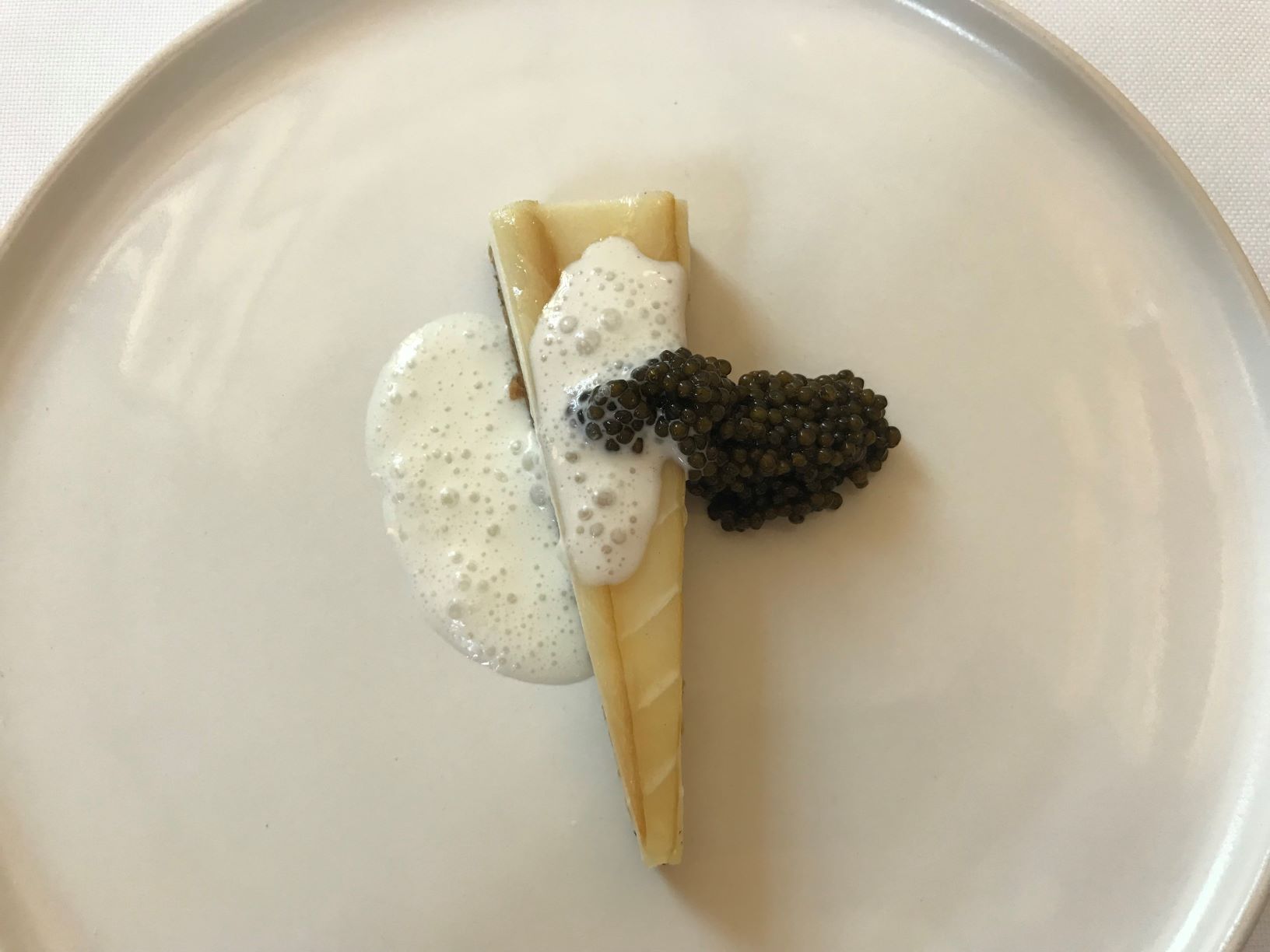 Around this time, one of the servers brought over fresh bread, butter, and sea salt. I cannot even begin to explain how outstanding the sea salt tastes. Farmed on Long Island, this salt would give the best French sea salt a run for its money. Superb.

Every meal tastes better with seared foie gras. And this restaurant’s version of this classic dish served with asparagus and white sesame has a light, slightly salty flavor and refreshing finish.

An excellent example of this signature white wine from Austria. Soft and subtle with a pear-like finish with a hint of roasted pears as well. 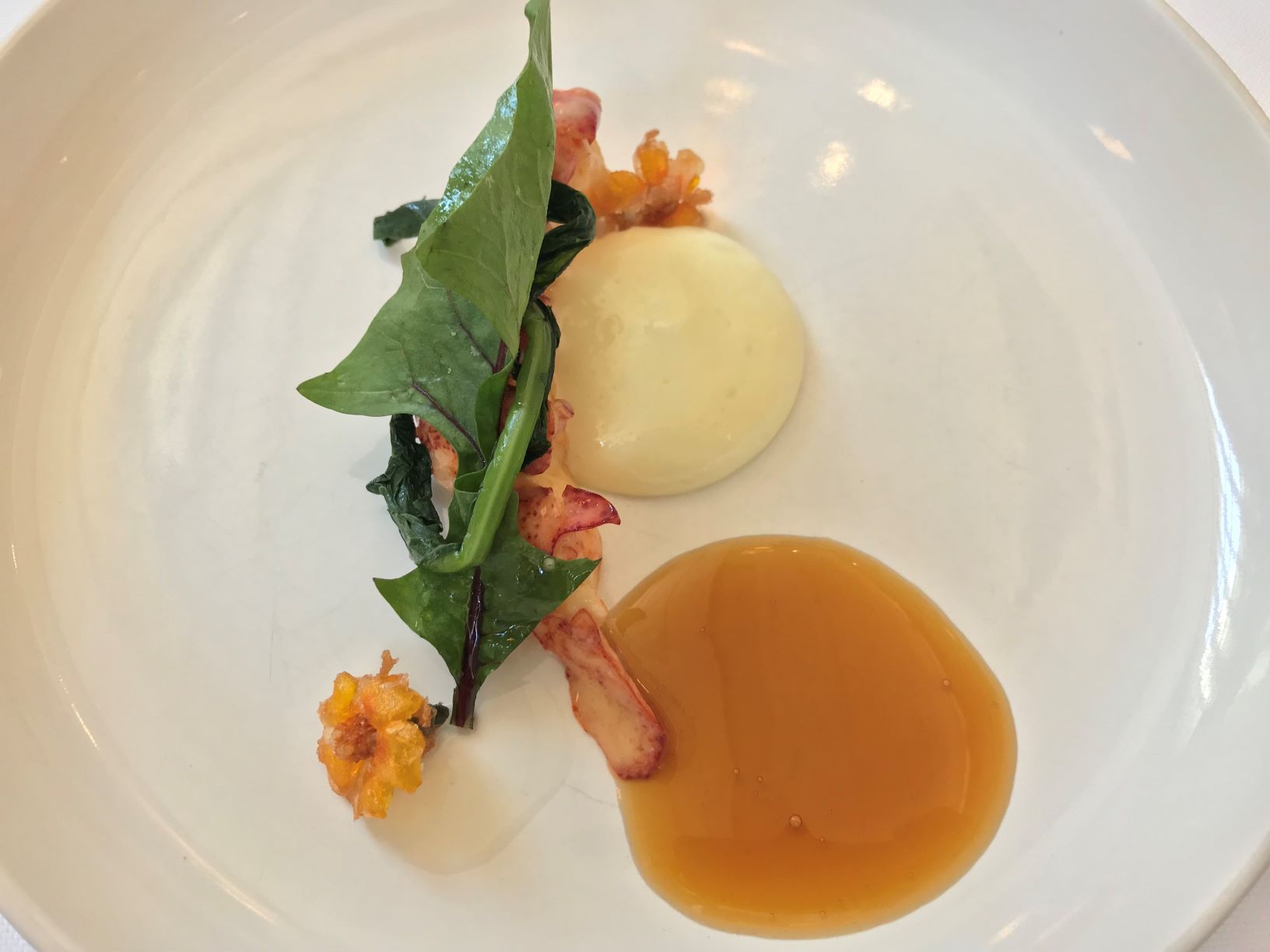 There were times during this meal where I felt as though one of the chefs has crawled into my subconscious and discovered my all-time favorite foods. And right near the top of the list is grilled snails. Grilled over an open flame tableside and served with fresh, seasonal morel mushrooms and ramps, a type of onion, the snails have a hearty yet refined flavor. 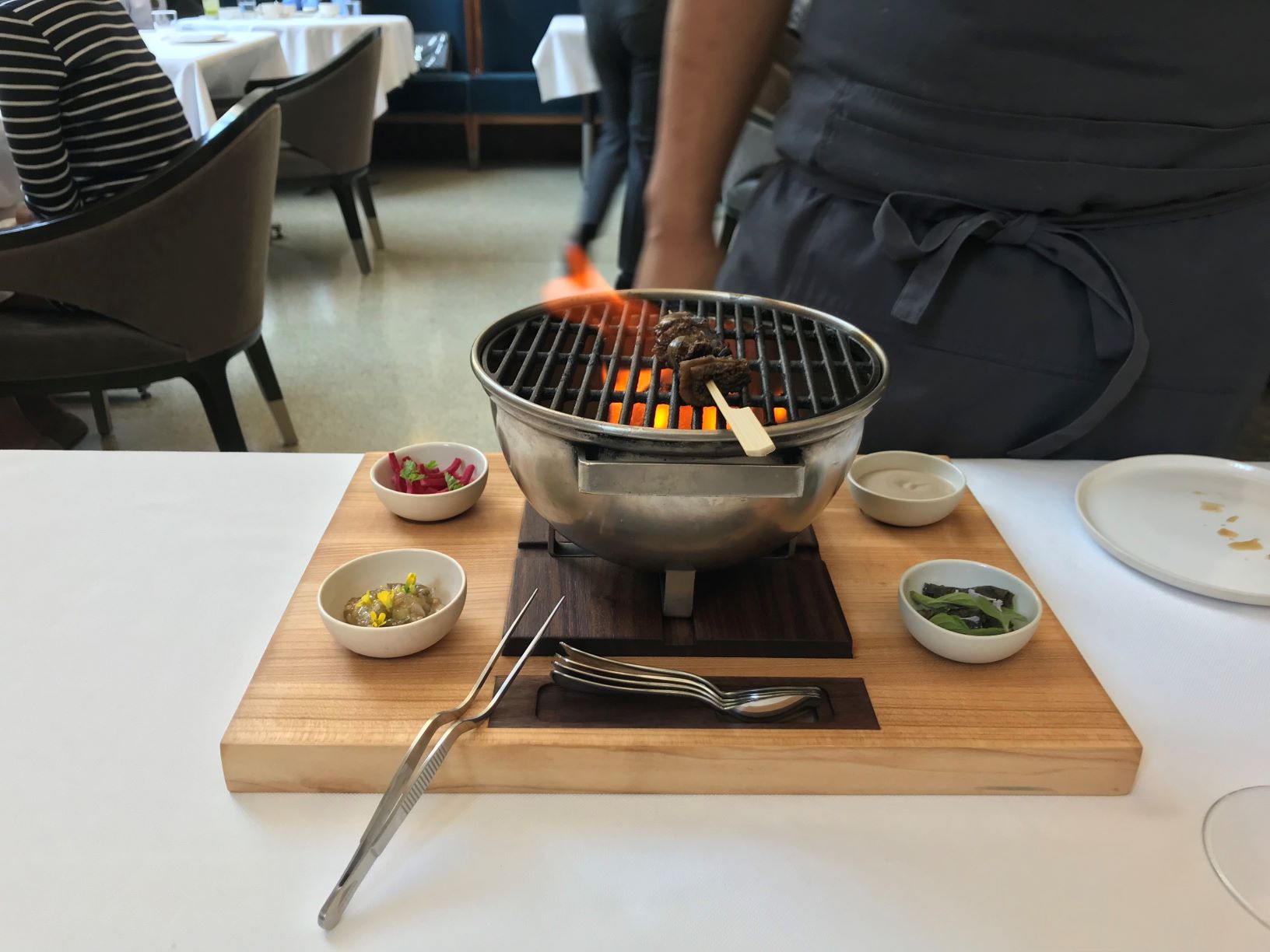 The first red wine served with the meal was a smooth, subtle one from France’s often-overlooked Jura region. This complex wine has a subtle yet robust finish with hints of roasted blackberries and almonds. Superb.

Here again, the chef must have access to my subconscious. One of favorite entrées includes anything involving duck. Eleven Madison Park’s duck has a slightly crispy crust and is perfectly pink in the middle. Flavors include hints of pepper, onion, and rhubarb. One of my favorite dishes of the entire meal. Outstanding.

Duck and red wine from France’s Rhone region is one of the best food–wine pairings. With a light yet long finish, this lush wine tastes great now but will continue to improve over the next three to five years. 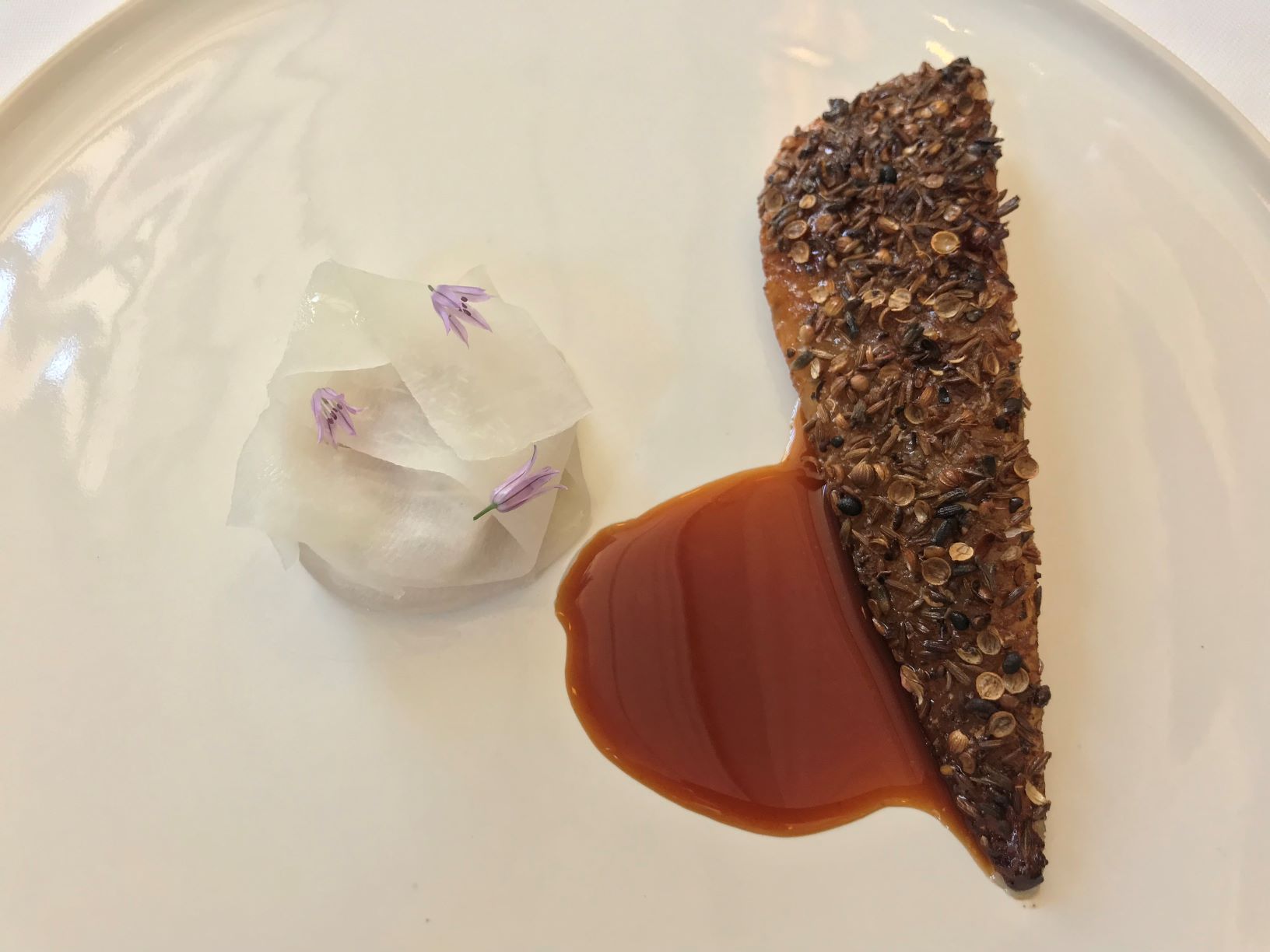 Served with the duck, these fresh, refreshing vegetables paired perfectly with the crispy, peppery flavors of the duck. Afterward, my server brought me back to the gleaming, modern kitchen, where I was able to talk to some of the kitchen staff and see the army of chefs hard at work. Truly impressive. 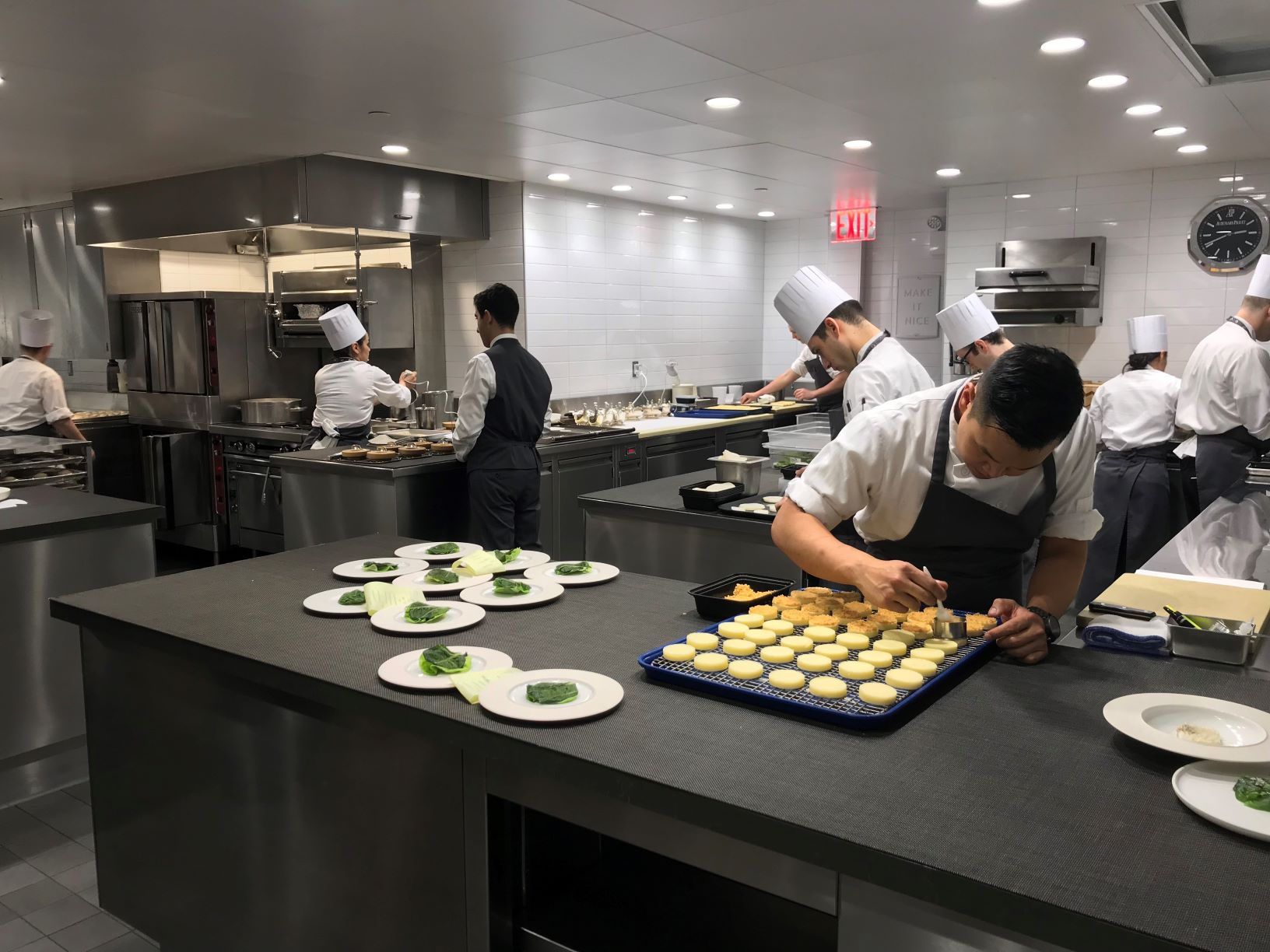 Served in a bowl, this course looks and tastes more like a lighter-than-air soup than a traditional cheese course. This was one of the courses in particular where you could really see the chefs’ skills at work. There’s a reason why Eleven Madison Park is considered one of the best restaurants in the world and this course clearly demonstrates why. 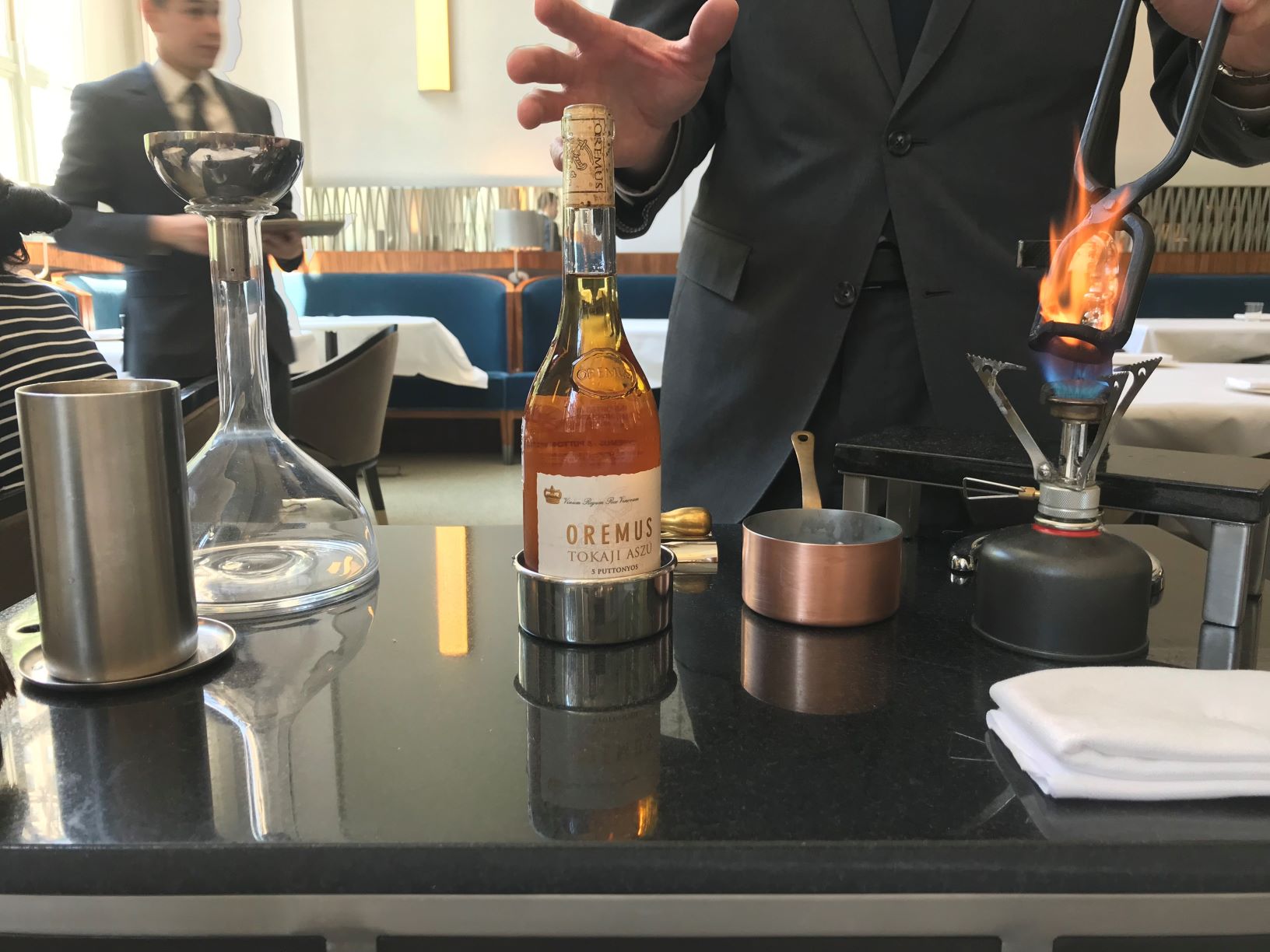 Hungary’s Tokaj region is famous for its slightly sweet dessert wines known as Tokaj. This delightful, slightly crispy version has an elegant finish with just a hint of sweetness. Let me add that the Tokaj was served after the top of the bottle was seared and the cork was removed along with the glass surrounding it. 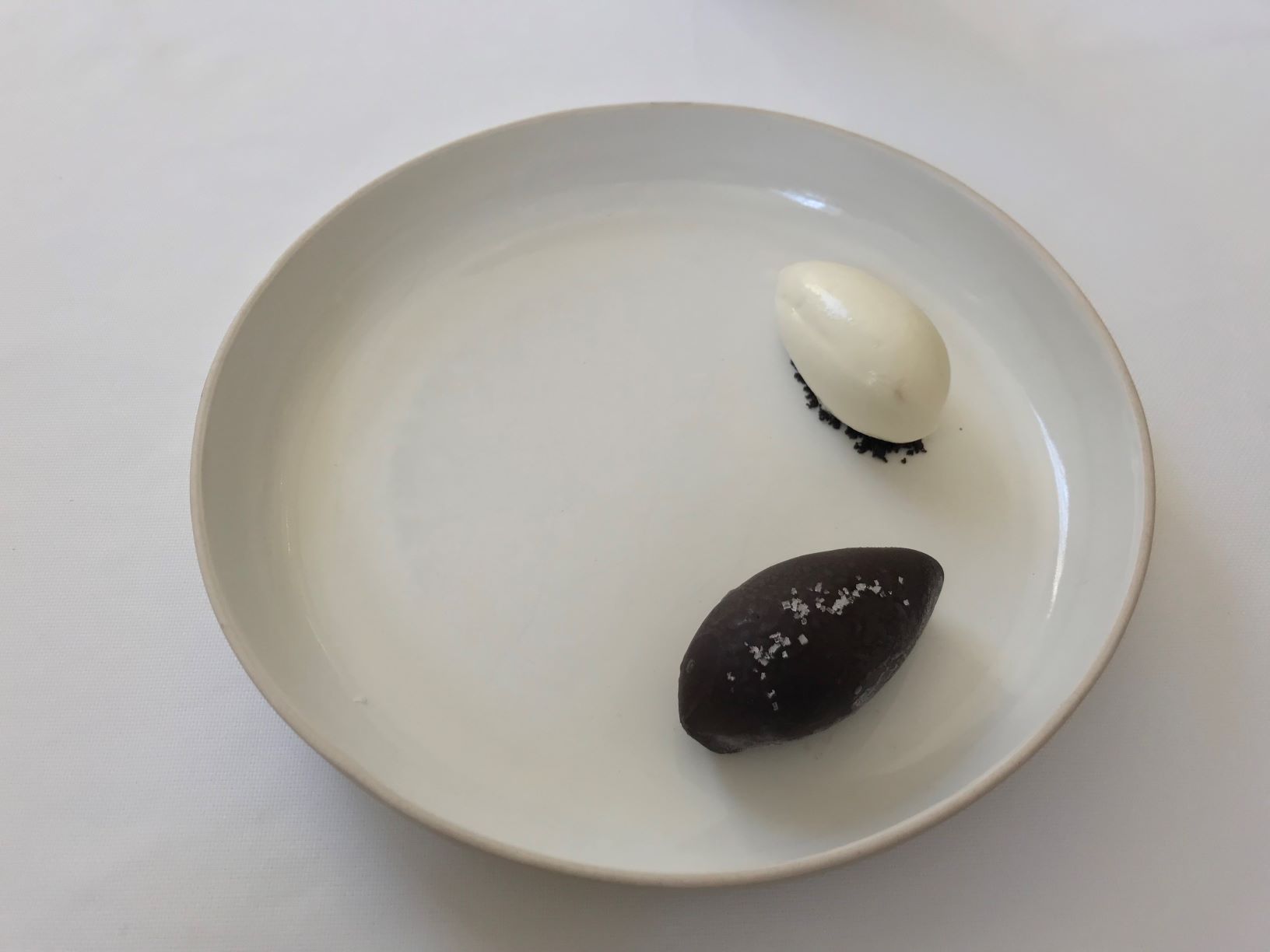 Savoring the last course with the remaining Tokaj and an espresso, I was truly amazed by the wide array of dishes created by Eleven Madison Park. Eating here is more than just a meal. It’s an event, a celebration in itself, and a wonderful memory you will truly never forget.

Tasting Menu – $315 per person including tip 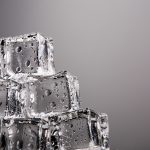 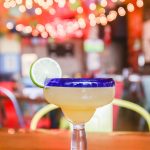