Search
Menu
Follow us
Search
Bartender at The Dead Rabbit

NEW YORK – Unlike the neat, precise, geometric grid of midtown, Lower Manhattan’s winding, narrow streets often feel like a labyrinth from another era, a time when the city was mainly a bustling seaport and ships from around the world docked on the southern tip of this island once called New Amsterdam.

Nowadays, this part of Manhattan is more famous for Wall Street, the heart of the city’s financial district and home to the world’s largest stock exchange. But a few blocks away, on a street called Water Street, you’ll find a four-story, brick building a stone’s throw from the East River. Here, you’ll find the “World’s Best Bar”—The Dead Rabbit Grocery and Grog, famous for making some of the world’s best cocktails and home to one of the largest Irish Whiskey selections in the U.S.

Established in 2013 by Belfast Northern Ireland natives Jack McGarry and Sean Muldoon (former legendary bartenders at The Merchant Hotel in Belfast), The Dead Rabbit quickly gained a devoted following. Named for an Irish-American gang in Lower Manhattan in the 1850s (and made famous in Martin Scorsese’s 2002 film Gangs of New York), The Dead Rabbit Bar received recognition for its innovative cocktails the very first year it opened. The Village Voice named the establishment the “Best New Bar” in 2013. That same year, Tales of the Cocktail named the bar the “World’s Best New Cocktail Bar.” Also in 2013, World’s 50 Best Bars named The Dead Rabbit the “Best Bar In North America,” an award bestowed on the bar in 2014 and 2015 before being named “World’s Best Bar” in 2016.

What makes this bar the greatest bar in the world?

Let’s start with the idea the founders of the bar had when they decided they wanted to open a bar in New York City. Like many great things from Ireland (or Hollywood), they started with a great story. Or rather, they started with an idea, which leads to the story, which resulted in the bar. “We wanted to create a working man’s pub and a high-end cocktail lounge in the same place and for it all to make sense,” Muldoon said.

We knew that Jerry Thomas published the first cocktail book in New York in 1862.

So in November 2010, Muldoon and McGarry moved to New York. They knew they wanted their bar to have an Irish pub and a high-end cocktail lounge under the same roof. “But we knew in order to do it right it had to be believable; in other words, there had to be something linking the cocktail bar to the pub,” Muldoon said.

“So we looked at New York City history to see if we could find a link,” Muldoon said. “We knew that Jerry Thomas published the first cocktail book in New York in 1862, and also knew from our school history lessons that the Great Potato Famine occurred in Ireland from 1845–1851 and that a million Irish immigrants landed at the Port of New York during that time.

“Then we looked at areas and we learned that the first cocktail movement in New York took place in Lower Manhattan and the newly arrived Irish Immigrants settled in Lower Manhattan also,” Muldoon said. “So we now had a time and a place—Lower Manhattan, 1850. We then typed ‘Irish–New York names 1850 Lower Manhattan’ into Google and we sawed the words ‘The Dead Rabbits’ listed about three names down. We immediately liked the sound of that—it sounded like the name on the outside of an Irish or British pub.”

So while the bar looks and feels in many ways like it’s been around since the 1850s, the four-year-old bar’s really more like a movie set for a movie set in New York City in the 1850s. That’s why it’s completely appropriate that the Celtic battle cross carried by the leader of the Dead Rabbit gang in the movie Gangs of New York hangs in the bar, thanks to Liam Neeson, who played the Dead Rabbit’s gang leader in the movie and personally delivered the movie memento to the bar last year.

You might have a hard time finding the Celtic battle cross, though. That’s because there are so many other objects on display throughout the bar. The ground-floor taproom in particular looks like a hoarder’s paradise—patches from various police departments, old postcards hanging from the ceiling, sawdust on the floor. Upstairs in the second-floor parlor, teacups and cocktail glasses vie for space with Roy Keane’s Manchester United jersey, dozens of paintings, old photographs, and a bronze statue featuring several barrel-chested men in suspenders.

In many ways, The Dead Rabbit is three distinct bars—the ground-floor “taproom,” second-floor “parlor,” and third-floor “occasional” bar. Like the decks on a cruise ship, which become more exclusive the higher up you go, the ground-floor taproom was designed to be an “informal ground-floor pub” in “the great Irish tradition: no-nonsense, no airs and graces,” according to the bar’s website. Here, you can have a prime rib roast on Sundays or “the best Guinness in New York” any night of the week. The taproom bar clearly has struck a chord. Almost any night of the week, you’ll have trouble finding a seat at this bustling, cozy bar.

The third-floor “occasional” bar is a private bar reserved for private functions for up to 64 people. In between is the bar that put The Dead Rabbit on the map—the second-floor “parlor.” The parlor’s famous for making The Dead Rabbit’s world-renowned cocktails. As a result, there’s often a wait to get into the parlor. A doorman stationed on the ground floor near the stairs leading to the parlor takes your name and hands you an electronic device that flashes when it’s your turn to be admitted to the parlor. One Saturday night earlier this year, I waited nearly an hour for a spot at the bar in the parlor. Another recent Wednesday night, I waited less than 10 minutes.

The second-floor parlor bills itself as “the cocktail cathedral—a testament to the golden age of all things mixed,” according to its website. But don’t go here if you expect to find a perfectly made Manhattan or Martini. Instead, what The Dead Rabbit excels at creating is one-of-a-kind cocktails you will likely not find anywhere else. “Our drinks menu encompasses a mighty array of spirits, liqueurs, bitters and culinary influences,” the bar’s website states. It’s also worth noting that all the cocktails on the parlor’s menu cost $16, a bargain compared to many other world-class cocktail bars.

But don’t get too comfortable with their unique drinks. That’s because the parlor’s cocktail menu changes every six months. And you can find the parlor’s list of cocktails in a comic book that recounts the tales of the Dead Rabbit gang’s founder, John Morrissey—if he was a time-traveling rabbit transported to an underground fight club in New York City’s Chinatown in 1982, according to the latest menu. “At Dead Rabbit it’s about challenging the status quo of what an Irish bar can and cannot be and bringing it into the 21st century,” McGarry said in an interview last year with Forbes magazine.

The parlor’s cocktail menu starts off light and subtle and the drinks get progressively stronger as the story in the menu continues. While you’re reading the menu, your red-shirted bartender will pour you a teacup filled with a complimentary, refreshing drink. A light, lime-based punch was served in a china teacup during one recent visit. And if you go on a Wednesday night, the parlor feels a bit like a speakeasy as pianist Terry Waldo plays ragtime music on the bar’s upright piano.

Some cocktails are quite spicy.

But nothing about the cocktails themselves feels dated. While the bar might be decorated to look like it’s from a bygone era, the drinks reflect many of the culinary and cocktail trends popular in the United States. One thing I noticed, in particular, was how spicy several cocktails tasted in The Dead Rabbit’s parlor. That was certainly the case with Holy Smoke and True Blue, two cocktails I tried earlier this year. More recently, I tasted two other full-throttled cocktails, Long Shot and Baby Boomer. Below, you’ll find my notes about these four distinct drinks. But you could easily have a different cocktail every night for a month based on the 30 cocktails on the parlor’s 22-page-long menu.

Served in a tall glass with crushed ice, Holy Smoke looks and tastes like a White Russian with a dash of curry tossed in. The drink’s milkiness, combined with the spiciness, makes for a fascinating combination. There is also a slightly nutty aftertaste that lingers on the tongue. A truly original, fascinating cocktail.

Blondie’s “Passion” plays on the stereo in the background as the red-shirted bartender mixes this drink in time to the music. Served with a few ice cubes in a cocktail glass, this spicy cocktail is not for the faint of heart. Flavors reminiscent of cinnamon, sriracha, and chili peppers flash to the forefront at first. And yet, the drink also has a smooth finish you normally associate with single malt Whisky. This is definitely not your grandfather’s cocktail and that’s what makes it so exciting.

Bourbon or Whiskey-based cocktails combined with peach juice have been around for years. But you’ve probably never tasted one like this subtle, slightly spicy concoction. Served neat in a wine glass, this golden-colored cocktail has the slight kick you would expect from a drink made with habaneros. But like many other cocktails at The Dead Rabbit, everything about the Long Shot is understated and elegant.

Served neat in a white wine glass, this slightly floral yet spicy cocktail tastes like a cross between an Old Fashioned and a Manhattan on overdrive, the muscle-car version of these venerable Rye or Bourbon-based drinks. One thing you’ll often notice in many of the cocktails at The Dead Rabbit is the slight hint of spiciness. I noticed the same thing earlier this year at several, innovative cocktails bars in Paris. Spicy cocktails have swept the world. And The Dead Rabbit makes some of the best ones around.

So is The Dead Rabbit the greatest bar in the world? That sounds like a question perfectly suited for discussing over a one-of-a-kind cocktail or a perfectly poured pint at The Dead Rabbit. 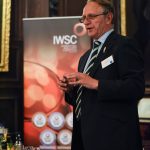 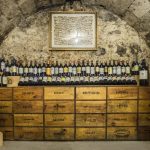