You may very well be familiar with the concept of investing in wine, whether it be buying futures or purchasing cases of fine wine. But wine isn’t alone in the world of alcohol as a commodity with major investment potential. This sphere is ever-evolving and has grown to include premium Whiskey which is now considered prime investment material by collectors and investors alike.

Whiskey is on par with gold.

While it’s true that Whiskey (and wine) might be a less certain investment than, say, real estate, the potential returns are excellent and it’s a great way to diversify your portfolio—particularly if you’re a Whiskey lover. Rupert Patrick, CEO of WhiskyInvestDirect, a Whiskey trading company that specializes in purchasing casks of Whiskey from distilleries which are then allowed to mature in a warehouse, says that as a long-term investment, Whiskey is on par with gold. “If you think about a gold bar sitting in a vault, and then switch that image for piles and piles of Scotch Whisky sitting in barrels—for 10–15 years sometimes—you’ve got an asset which is investable to retail investors through very clever technology,” Patrick said to CNBC’s Street Signs.

And he might just be onto something. According to Forbes, 2017 has become a big year for Whiskey investment, with new records being broken worldwide. Sales and trade are up across the board; the article reports that 2016 saw a 49 percent increase in sales for a record-smashing £14.21 million over in the UK. And Whiskey sales are booming at every level. Scotch is always a safe bet but thanks in part to the rise of Japanese Whisky, interest in the spirit has skyrocketed worldwide. Typically speaking, these make for the best investment opportunities although certain Bourbons like the Pappy Van Winkle’s Family Reserve would be an excellent bottle for any portfolio—provided you can get your hands on a bottle.

Why the Sudden Growth?

Whiskey has seen a renaissance in recent years not only in terms of the countries in which it is produced but many distilleries have also revamped their marketing approach. No longer is it seen or marketed exclusively as a man’s drink. With a whole new drinking base available to brands, the profits are rolling in; in the U.S. alone, an estimated 37 percent of the female adult drinking public are Whiskey drinkers. The Asian market has helped with this recent Whiskey boom in a big way. Men and women have fallen in love with the spirit and with an expanding class of people with money to burn, collectors are buying up bottles of high-end Whiskey and fine wine unprecedented numbers. It’s a mark of sophistication, class, and unlike a watch, handbag, or painting, you can actually taste the quality. But it’s not just down to having good taste. The bottom line is that these collectors are definitely onto something. This luxury item isn’t going anywhere.

As a commodity that appreciates in value over time, every year you hold back on selling your Whiskey, the scarcer it becomes and thus the more it is worth to collectors and other investors. Just earlier this year a bottle of 1960 Karuizawa Whisky sold at auction, fetching an astounding $128,000. Granted, this is one of the oldest and rarest Whiskeys you’ll likely encounter on the market; just 41 bottles were released back in 2013 with a price tag of $15,000. Only four years later, that’s an impressive growth in value and enough of an impetus for any serious aficionado worth his or her salt to look into the possibilities offered by investing in Whiskey.

If you’re interested in delving into the world of Whiskey investment, there are a few things to consider.

For a look into some premium Whiskeys, you may want to add to your collection, click here. You can also find out more information regarding the most sought-after bottles and prices at various sites like the Rare Whiskey Icon 100 Index. 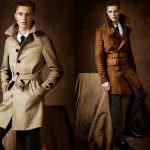 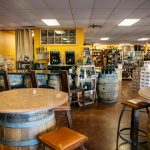