Food and wine pairing can be a tricky business, but few would argue that it isn’t an important one. After all, the clashing of an unsuitable match on the palate is one of life’s great disappointments and one we consistently attempt to avoid. On the flip-side, not many things are more delightful to the senses than a perfectly balanced pairing; those moments when your wine almost magically enhances the character of your dinner, or indeed vice versa, are ones to be treasured and (literally) savored.

Some foods leave even the most experienced sommeliers scratching their heads 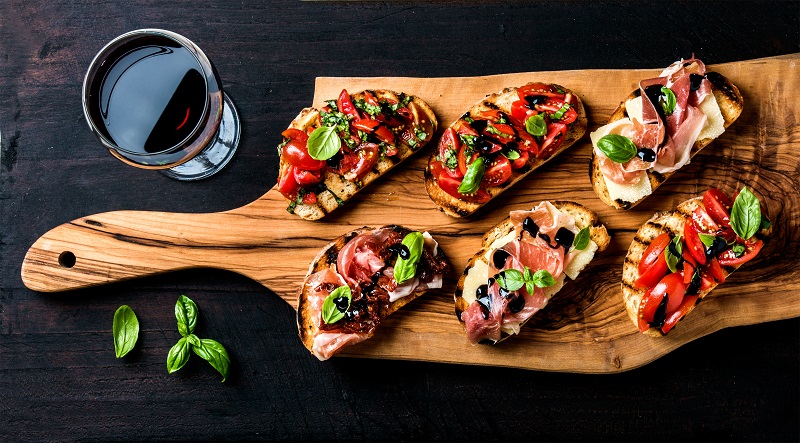 There are reams of articles written on the finer aspects of food and wine pairing, and sommeliers spend years training their palates in order to bring their customers these moments of sensory bliss. However, despite the doubtlessly complicated details, the fundamentals of this gastronomic art are relatively simple and straightforward – it’s all about achieving balance. Powerfully-flavoured and full-bodied wine has the ability to utterly overwhelm more delicate dishes, just as elegant, light and mildly aromatic are often bullied into non-existence on the tongue by hefty meals of dark meat, spice, and rich sauces. As such, flavourful food requires wine which can stand up to its intensity, and gentle dishes need a wine which has a similarly deft touch on the tongue.

If that sounds a little too simple to be the long and short of things, then you’ll be unsurprised to hear that there are plenty of ingredients out there that can throw a real spanner in the works of your pairing. Some foods leave even the most experienced sommeliers scratching their heads, as they just simply don’t seem to get along well with wine. Indeed, certain foods occasionally change the taste of your wine altogether into something really rather unpleasant – and knowing what they are and how to deal with them is vital, especially if you’re looking for matching perfection every time.

You’ll be happy to hear that even the most problematic of wine pairing ingredients have at least one match which works wonders. So, let’s take a look through the five most common ‘problem foods’ when it comes to wine pairing, and explore which wines are able to save your dinner party menu from disaster! 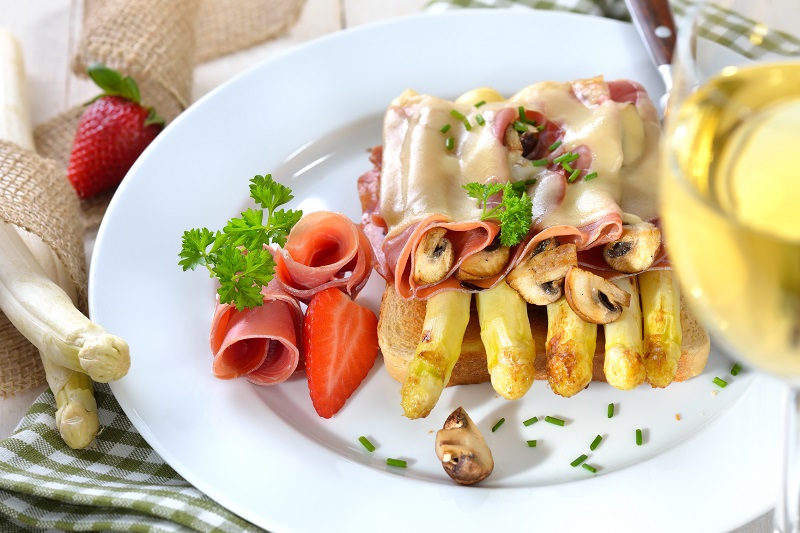 It would be unthinkable to write a list of awkward wine-pairing ingredients without making some mention of asparagus. It’s a real annoyance to sommeliers the world over; asparagus is one of the undisputed kings of the vegetable world, and features proudly on luxury menus everywhere… and yet, it’s one of the most difficult ingredients for wine pairing that there is.

The problem with asparagus is that – especially when cooked well – it features a very strong vegetal flavor and has a grassiness and greenness which, while being an absolute delight to eat, has a curious negative effect when mixed with wine on the palate. Most wines, when drunk alongside asparagus, end up transforming in the mouth into an explosion of unpleasantly metallic and bitter flavors… and nobody wants that!

The solution to all this unpleasantness? A great bottle of Austrian Gruner Veltliner. This deliciously fresh white wine from central Europe has seen a huge resurgence in recent years and has a crispness, acidity, and clarity which cuts through the grassiness of asparagus, and even enhances the subtler flavors of this tasty vegetable. It’s also a perfect pairing for Indian and Southeast Asian curries… which are also notoriously difficult to pair with wine! 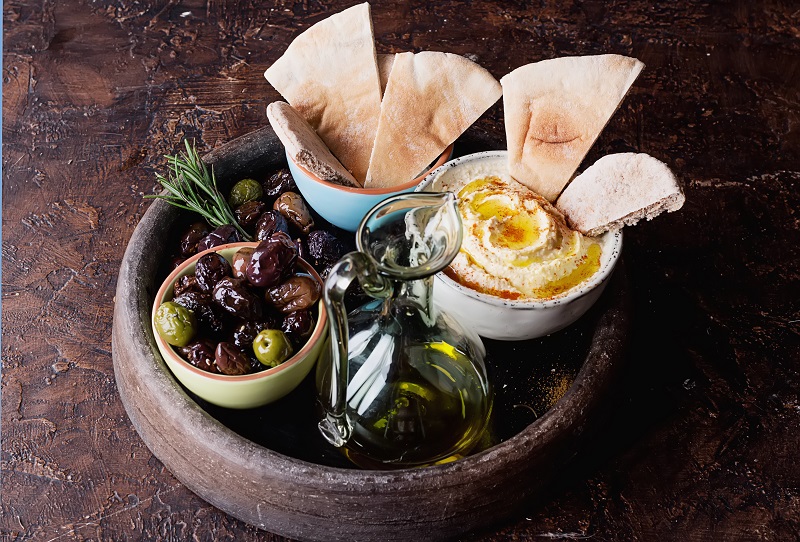 The humble chickpea is elevated to a thing of sumptuous beauty when blended with tahini in a bowl of hummus or pressed into balls and deep fried to make falafel. Both of these foods are staples of middle eastern street food and have found a home across Europe (most notably in Berlin) as family favorites in the 21st century. Their enormous rise in popularity has led to them being featured on the menus of plenty of well-loved and luxurious restaurants… but it’s been noted plenty of times that chickpea-based dishes are notoriously difficult to pair with wine.

One of the problems a lot of people find when pairing wine with hummus and chickpeas is based on an old wine and food pairing myth – that wines and foods can be matched by color. Because these foods are essentially pale in color, people assume that their ideal pairing must be a white wine… but this simply isn’t the case.

Chickpeas have a decidedly savory, quite deep flavor, and actually pair most comfortably with light-bodied red wines. The acidity of most white wines tends to clash negatively with the rich, creamy nature of hummus and falafel, and you’d be far better off drinking a glass of good quality Beaujolais (a wine which is very much back in fashion at the moment) next time you’re enjoying this middle eastern delicacy. 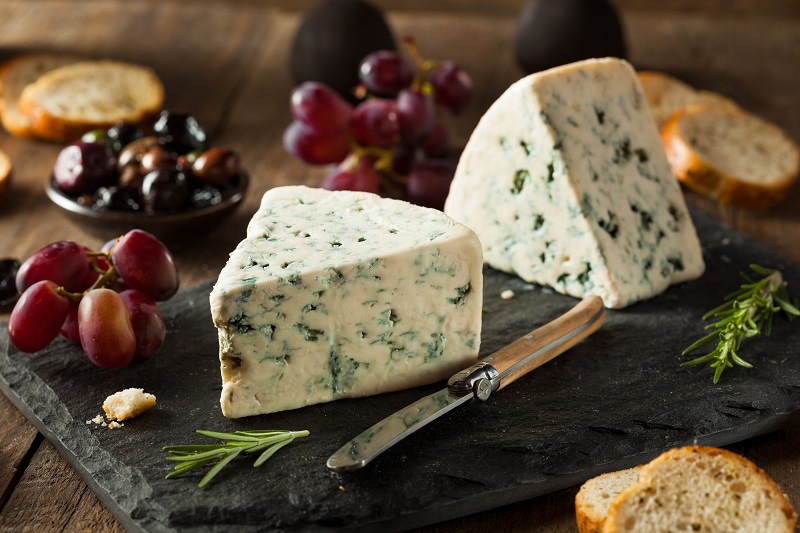 I know what you’re thinking: “what’s blue cheese doing on this list? Surely that’s a classic food to pair with wine?” – and if you are, in a way, you’d be right. The combination of Port and blue cheese is a highly popular one and one which is seen at dinner parties all over the world. The problem with this? It’s one of those pairings which has become so common, it’s possible that people have failed to notice just how unsuitable it is on the palate. Port has a high alcohol content and a deep, intense richness… and the result is that the lovely subtleties of a great Roquefort or Stilton etc are totally lost on the tongue when combined. What’s more is that blue cheeses are increasingly used in sauces and as a component of dishes, and it’s unlikely that you’ll be wanting to knock back a glass of fortified wine during your mealtime and would prefer to save it for the later hours or at least after dinner.

When eating blue cheese on its own or with some simple crackers, we’d recommend pairing it up with a botrytized wine such as Sauternes or Tokaji. The nutty sweetness of these wines brings out some fascinating flavors in the cheese without overpowering its own depth, and once tried, you’ll never go back to pairing Port and blue cheese again! If your blue cheese has been cooked, melted or incorporated into a sauce, there are few finer wines to pair it with than a white Crozes-Hermitage. Delicious! 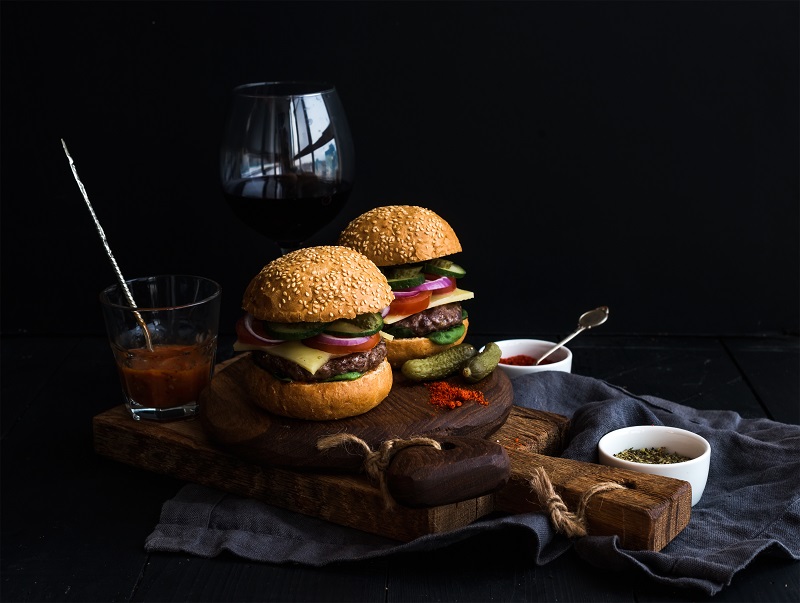 There has been a huge rise in the trend of street foods and luxury fast foods over the past ten years. Gourmet burger chains have started to dominate the high street, and barbecue bars, artisan sausage companies, sticky Asian rib joints and posh fried chicken eateries have all followed on mass. In fact, it’s hard to imagine a more far-reaching and popular food trend since the turn of the millennium, and few would deny that it has invigorated the casual eating scene in a highly positive way.

While there are hundreds of articles dedicated to pairing wines with burgers and the suchlike, a lot of people don’t take one key thing into consideration. Often, one of the primary flavors of a burger (as well as whatever other fast food you’re eating) comes from the sauce. Barbecue sauces and ketchup are often very deeply flavourful indeed, and form one of the primary flavors you’ll detect on your palate while eating such foods. Alongside the rise in popularity of artisanal fast foods, well-made and interesting barbecue sauces and ketchup have enormously increased in prevalence and popularity, too, and it’s important to address these when looking for suitable wine pairings. The problem is, they aren’t easy to pair with wine at all – barbecue sauces, especially, feature smokiness, acidity, sweetness, vinegar and fruit flavors all in the same mouth space.

The only wine style which seems to have the balance of sweetness and acidity needed for pairing with these sauces is the ever-flexible Riesling wines of Germany. If you haven’t already fallen in love with modern Rieslings, then there’s never been a better place to start; these wines work very well with a range of meats (absolutely including pork) and are fantastic for drinking with your dinner. Problem solved! 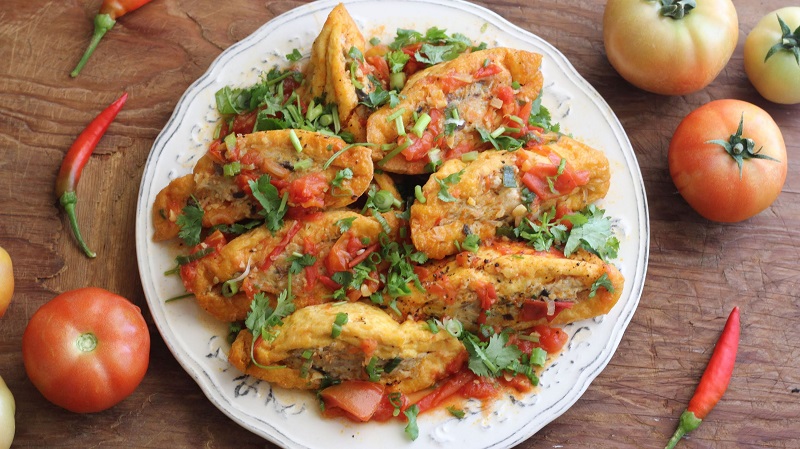 Who doesn’t love tomatoes? Juicy and delicious, these summery fruits are beloved across the world and a staple of diets from Spain to Szechuan. Despite their enormous popularity, they’re actually quite a difficult ingredient to pair with wine! Like with several of the foods on this list, their difficulty comes down once again to that tricky combination of sweetness and acidity. Whether you’re eating a tomato-rich pizza, a pasta sauce or a tomato based salad, it often feels as though this ingredient leaves wines feeling a little flat in the mouth.

When it comes to many tomato dishes (including a Margherita pizza), you’re usually pretty safe with a classic Italian Sangiovese. These wines are sunny and juicy enough to work with the acidity in the sauce. However, we’d suggest that another great pairing for most tomato dishes (and especially chili-spiked Chinese and Vietnamese tomato dishes) would be a Provencal rosé wine. These wines have a light-to-medium body (with something packing a real punch despite their delicate appearance), and manage to balance an acidic bite with some residual sugars, making them ideal for pairing with these tricky dinners! 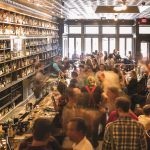 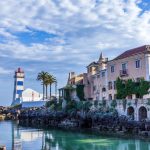