If wine is the lifeblood of Italy, then surely Tuscany must be the country’s heart. Home to the now legendary Chianti and other big, bold wines, Tuscany boasts more than its share of Italy’s cultural and culinary heritage. And yet, a smaller and lesser-known province has recently challenged Tuscany’s dominance as Italy’s best wine-producing region. Umbria, the only landlocked region on the Italian peninsula, has begun to create many vintages of note that are causing sommeliers the world over to stand up and take notice. Please join me as I compare the best these two provinces have to offer and try to decide which one is truly the red, beating heart of Italian wine.

Try to decide which one is truly the red, beating heart of Italian wine

Tradition dictates that we begin with the reigning champion, the Tuscan Chiantis. Most recognize this wine by its classic packaging: a squat, rounded bottle inside a wicker basket, called a fiasco in Italian. Today most Chianti comes in traditional bottles, which don’t look nearly so quaint with a half-burned candle stuck in their top on the dinner table.

It’s what’s inside that counts

But it’s what’s inside that counts. Chianti, made from the Sangiovese grape, is a rich, dry wine that is fantastic with game, red sauces, and yet it’s dry and acidic enough to cut through the rich foods of Tuscany. A Chianti’s notes are nearly as varied as the flavors of Tuscany itself, but in general, it should contain deep, red fruit flavors combined with earthy herbs and even coffee or sour cherries. One thing I adore about a good Chianti is that the flavors are so bold and forthright that it’s quite easy to pick them up; indeed, it’s difficult not to. Chianti is not a subtle wine. My favorite at the moment is Chianti Fratelli Bellini, which is still found in the traditional bottle.

But Umbria is not to be outdone and can offer up its Torgiano Rosso Riserva. Though its DOCG designation and Sangiovese grape content are similar to Chianti, Torgiano couldn’t be more different. Despite its ample aging, Torgiano Rosso manages to be vibrant and lively, displaying floral, summer berry and fresh fruit notes and ample, leathery tannins. Torgiano might well be called Chiantis younger, more fun cousin. A bottle of Santa Caterina’s Torgiano Rosso Riserva is a lovely introduction to this blend.

Tuscany can offer quite a bit of versatility, however, and that can be difficult for a smaller, more isolated province like Umbria to match. Nowhere is this clearer than in the Vernaccia di San Gimignano wine, Tuscany’s most famous white.

With grapes grown in sandstone hills, this ancient white — its first recorded mention dating from the 13th century — was nearly overwhelmed in the 20th century by the heartier Malvasia and other varietals. But it has made a resurgence and is now viewed in some circles as a more touristy wine. However, with some more daring wineries adding modern techniques, such as oak aging to round out the wine’s crisp acids, it seems Vernaccia di San Gimignano will be around for a long time to come.

The terrain around the town of Montalcino changes the grapes

But Umbria can hold it’s own with Orvieto Classico. Made from the Grechetto grapes that thrive in Umbria’s hills, Orvieto is a pleasant, drinkable white that displays playful summer fruit and citrus flavors and a burst of floral freshness to rival the best New Zealand Sauvignon Blancs, but with a dry, crisp finish that makes it a singular experience to drink.

Those who don’t know Tuscany’s wines might think that bold, forceful flavors are the rule for Tuscan reds, but Brunello di Montalcino will easily prove them wrong. The terrain around the town of Montalcino changes the grapes, helping them to ripen more fully than anywhere else in Italy. This creates a full, chewy texture with dark, ripe flavors of blackberries, cherries, chocolate, and leather. Brunello di Montalcino is one of my favorite Italian wines, and that’s saying quite a bit, but experiencing its easy drinkability and complex, yet not overwhelming flavors, will surely put it near the top of your list as well.

While Tuscany’s Brunello di Montalcino can out-Merlot a Merlot, Umbria’s Montefalco Sagrantino can go head-to-head with any Cabernet Sauvignon and win. It’s been found to be the most tannic of all red wines, with flavonoid and antioxidant content similar to pure cacao.

With such powerful tannins, it’s no wonder that this wine, made from the Sagrantino grape, can age for 30 years and then some and come out displaying stunning flavors of plum, spice, and chocolate, and an enormous richness and warmth. This is a wine to pair with any of Italy’s finest aged cheeses or its richest game dishes.

There are many more reds to be found in these two stunning wine-producing regions that are central to one of the finest wine-producing nations in the world. Most, as you may have already gathered, make fine use of the Sangiovese grape. But the question remains: just which region produces the finer reds? For me, I don’t think I’ve tasted nearly enough to be able to say with any certainty. Happily though, this gives me a fine reason to try more of these region’s offerings, and I hope you’ll do the same. 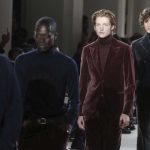 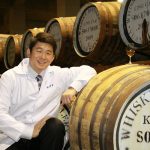