Superyacht owners and producers are fairly well known for their competitive spirit. In an exclusive and jaw-droppingly luxurious world where nothing is considered too much, keeping up with the latest developments in the superyacht world is very much a key part of the scene. While most of the time, this mainly involves staying on top of the newest leisure facilities, design features and add-ons, the same competitiveness and need to stay on top also drive the industry as a whole forwards, in fascinating and sometimes revolutionary ways.

Currently, there are more major trends developing in the superyacht industry than ever before, and a sizeable percentage of these involve improving the environmental credentials of the vessels. The world’s elite seems to feel a sense of ecological responsibility and are perhaps beginning to prepare themselves for a time when petroleum may no longer be a viable energy source. As such, we are beginning to see more and more superyachts being designed and made according to green principles and using alternative fuel sources. And, as some of the major players on the scene are busy converting their diesel engines to solar panels, the rest of the yachting world is beginning to follow suit.

The sense of ecological responsibility is rising

One of the yacht-building companies leading the field when it comes to eco-friendly yacht design is Duffy London. This group of forward-thinking craftsmen has just built the, a 44-meter dream machine which runs on six electric motors, powered entirely by energy collected from sunlight. Don’t imagine it’s in any way sluggish, though – the Solaris can reach speeds of 45 knots, and it has an alcohol turbine engine which can give it a burst of speed any superyacht owner would envy. Furthermore, the engines are constantly being charged whether docked or on the open sea, meaning no loss of power, no reduction in speed, and no need to stop and refuel. With its incredibly sleek, futuristic design, it certainly seems as though Duffy London has created a vision of superyachts to come. As we hear more and more about solar power being used on yachts, this may well be the trailblazer the yachting world is looking to emulate.

One of the more aesthetically delightful features we’re seeing more and more of on next generation superyachts involves the use of sails. Of course, sails are nothing new – quite the opposite, in fact – but they’ve seldom been used on largely sized superyachts until now. This year sees the launch of Black Pearl, a 100m yacht of such extraordinary design, beauty, and scale, it’s been heralded as a new dawn for the yacht industry as a whole. What’s more, it features three vast DynaRig sails, which not only look great but also add an economical, exciting and speed-driven dimension which has so far been missing from other supersized yachts.

When it comes to size, scale, and luxury, the sky’s the limit for the world’s elite superyacht producers. Records are consistently being smashed in the industry, and new technologies, new materials, and an unquenchable desire to impress is driving designers to attempt ever more ambitious projects.

This year saw the beginnings of what is perhaps the yacht industry’s most ridiculously excessive project yet. World renowned concierge company Quintessentially has begun building a $250 million ‘superyacht hotel’ in Italy and Norway, which will travel the Abu Dhabi Grand Prix, Rio Carnival, and make stops at events in Cuba, Miami, Cannes, and London. How big is this yet to be named vessel? Well, it has already smashed the world record for length, coming in at a mind-blowing 220 meters – far too big to fit into most of the world’s major ports, and accessible only via smaller yachts going to and from the shore! The floating hotel demands an annual membership of $20,000 and costs around $2500 per night for one of its luxury cabins. 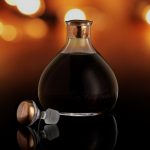 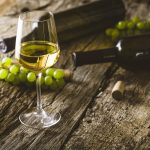