On Friday night at the main event, the Nth 2017 tasting show, guests mingled with master distillers and blenders, including Paterson, and sampled fine whiskies retailing for at least $300 per wee dram. Super pours for the High Roller guests (think VIP, Vegas-style) included Dalmore Quintessence, a 50-year Tamdhu Speyside single malt exclusive to Nth that sells for $20,000, and a $70,000 per bottle 38-year-old Glenfiddich Ultimate, exclusive to Asia.

“We’ve had a big turnout and a lot of brand participation. It’s fantastic,” said the Experience’s founder Mahesh Patel. “We’ve got a lot of new ideas for next year, as well.”

The Nth event offered a relaxed and friendly atmosphere for tasting,..

For all it boasts in affluence and abundance, the Universal Whisky Experience lacks any arrogance. The Nth event offered a relaxed and friendly atmosphere for tasting, plus delicious snacks from Wynn and Encore’s Executive Chef James Benson. 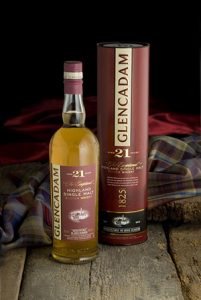 As long as it doesn’t have you “hugging the bowl” a male voice in the crowd responded, evoking laughter. He later approached the booth and with Forteath recalled two of the funniest whiskey assessments they’d ever heard: “It tastes like an angel pissing on my tongue” and the even more heavenly, “It tastes like the tears of Jesus.”

Susan Toth, who started drinking whiskey while serving in the US Navy, has attended the event for the past three years. She enjoys its communal aspect and learning the stories behind the scotch. 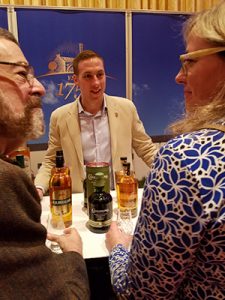 “I love hearing how things are made,” she explained, adding that certain scotches are like memories. Springbank 25, for instance, was the first scotch she drank after the birth of her son. Anytime she drinks it now “it brings me back … all of a sudden, I think of family.”

Terri Reddix-Simms, a repeat High Roller at the Universal Whisky Experience, started attending the Nth event on a lark.

“I was the new kid on the block,” she said of her first time at the event. “I wanted to try something new.”

I’ve had cognac before, but not where I was able to sample different ones

This year the San Diego, California, resident noticed a wider variety of vendors, including scotches from Japan, Ireland, and the United States, and some vendors with cognac. Impressed with the cognac she sampled, she decided to attend a Hennessy master class the next afternoon.

“I’ve had cognac before, but not where I was able to sample different [ones],” she said, adding that the Universal Whisky Experience “gives you a broader perspective of what’s out there.”

At the closing reception on Saturday evening, Patel introduced Paterson as a close friend, praising him as a massive icon for the whiskey industry and an impeccably hard worker. The two first crossed paths when Patel bought a bottle of Dalmore Trinitas, valued at $165,000, in October of 2010. 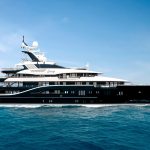