With literally thousands of Gins on the market from every nook and cranny across the globe, how do you stand out from the crowd? You think local. And not just by saying, “We’re the first Gin from this tiny little town!” but rather, by sourcing distinctive botanical ingredients tied to your region of origin. From Japan to Australia, from Scotland to the United States, here are just a few of the most intriguing uses of unique and regional Gin botanicals.

Nikka is known as one of the behemoths of Japanese Whisky, and its Coffey series, including Coffey Grain and Coffey Malt, is widely popular. That same lineup now includes a Coffey Gin and Coffey Vodka, and one of the key flavors of the Gin is sansho pepper. A traditional Japanese cooking ingredient, it provides a slightly numbing mouthfeel effect alongside an herbal taste.

In fact, the best way to get a sense of sansho’s standalone flavor and how it impacts the Gin is to try the ingredient in food. For instance, a recent trip to the distillery included a meal at a Tokyo restaurant specializing in eel, with sansho as a seasoning you could sprinkle on top or mix into a dipping sauce. Once experienced in this way, the sansho is unmistakable in the Nikka Coffey Gin. The Gin also includes Japanese citrus to further provide a distinctively Japanese flavor profile.

To produce the spirit, a multipronged process begins with corn and malted barley distilled separately, with the corn component then being re-distilled in three batches, once each with sansho and Japanese citrus via vacuum distillation, and a further traditional Gin botanical distillation.

Fallon, Nevada’s Frey Ranch is an estate distillery which capitalizes on generations of hard-earned farming know-how to produce a range of high-quality spirits that couldn’t be easily replicated elsewhere. Owner Colby Frey’s father once planed a row of juniper as a hedge on the property. Now that unique Rocky Mountain juniper serves as a core ingredient for the distillery’s gin.

Also found on the property, conveniently and coincidentally right next to an entrance sign, is indigenous silver sage. Sagebrush is the Nevada state flower, and silver sage is uniquely floral and aromatic, becoming a signature note in Frey Ranch Gin.

On the morning they plan on distilling Gin, the team will simply walk outside and pick those two botanicals fresh. Doesn’t get more authentically local than that.

The Botanist is made by Islay Whisky distillery Bruichladdich. The Gin is made from 22 botanicals which are hand-foraged from across the island.

The island of Islay is a giver, already known for providing the peaty backbone for its Scotch. Now, the island continues giving, with the botanical blueprint for this homegrown Gin. All told, there’s a staggering 30-plus botanicals in the Gin, with the bulk being found and sourced on Islay.

St. George calls their Terroir Gin “an ode to the wild beauty of the Golden State.” Living up to its name, the Gin is filled with locally sourced ingredients, with signature notes of local Douglas fir, California bay laurel, and coastal sage.

The fir and sage are distilled individually, while the bay laurel leaves and juniper berries are placed in a botanical basket, and the remaining botanicals are distilled directly in the liquid.

Take a long sniff of the Gin, close your eyes, and imagine hiking through lush California forestland. Try the Gin in a Collins-style drink garnished with complementary herbs, such as fresh fennel or bay leaf.

There’s been some recent debate about terms such as “Australian bush Gin,” “Aussie botanical Gin,” or “Australian-style Gin.” For the sake of this discussion, it’ll suffice to say that there’s a great deal of Gin being made down under, and many of the producers are turning to their surroundings to include unique and occasionally odd botanicals and flavor sources. Consider that the vast majority of plant life found in Australia cannot be found anywhere else in the world.

The most commonly used of these Aussie native botanicals is lemon myrtle, with a number of distilleries turning to the ingredient to provide a strong citrus punch, alongside a green herbal quality. The West Winds Gin uses the ingredient alongside native wattleseed in The Sabre while using cinnamon myrtle and native bush tomato in The Cutlass. Four Pillar Gin also makes use of the lemon myrtle, as well as Tasmanian pepperberry.

Bass & Flinders Distillery uses native pepperberry in its Wild & Spicy Gin but may capture your attention more with its Angry Ant Gin. The Gin is, yes, flavored with ant pheromones, alongside a cast of native botanicals including currant bush, mulla, and native lemongrass.

Washington, D.C.’s District Distilling doesn’t pay homage to its local region with its botanicals, but it’s notable for another reason—its usage of wild junipers, including, in this case, red berry juniper from Texas. This is as opposed to common juniper, which is used in the vast majority of Gins across the world, upward of 95 percent. District Distilling also makes use of other juniper varieties, including alligator juniper in its Checkerbark Gin.

Head distiller Matt Strickland considers the distinctive flavor notes of a given juniper and begins building a base of botanicals around it. “It actually forms a literal ‘map’ in my head as I trace my steps from one botanical to the next,” he says. “At the end of the day, the flavors have to work in the recipe. We can’t just say, ‘Let’s put some wild junipers in some Gin’ and bottle it. Then it just becomes a gimmick.” He recommends WildJune alongside Vermouth in a Negroni, whereas Checkerbark lends itself to Gin and tonics.

Of course, this is but a tiny sampling of the way Gins are being made with more local intention, by showcasing unique and intriguing botanicals that leave a true lasting impression on the imbiber. Take a taste and close your eyes and you just may envision yourself being transported anywhere from an upstairs Japanese izakaya to the Australian Outback. 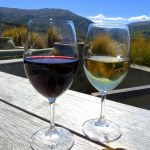 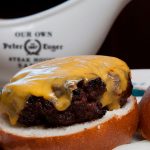