St. Emilion. Chateauneuf-du-Pape. Champagne. Beaujolais. Cotes du Rhone. These names, sub-regions, and appellations ring out like noisy bells across the wine world, and they’re among the only household name wines on earth, which even your least favorite neighbors will have heard of. What do they all have in common? Of course – they’re all French.

To say the famous French regions dominate the global wine scene is a massive understatement. That short and far-from-complete list of big hitters feature wine regions which have transformed the world and shaped wine as we know it. Whether they want to admit it or not, vintners from southern Germany to Walla Walla, and from Mendoza to the Adelaide Hills have all been inspired one way or another by the finest of French wine appellations. And yet… travel to France and the best, most memorable and most enjoyable wines you drink probably aren’t going to be from the chart-toppers we know from our wine store. They’re going to be the table wines brought to you at rustic bistros, the wines you discover as you move through the lesser known parts of the country, the wine your friend’s friend brings out as a goodbye present before you head back home.

I always like to think of this regarding music – live music, in particular, as wine is a multi-sensory experience. Is the most memorable, exciting concert you’ve ever been to, one performed by some multi-million selling megastar, or the smaller, more intimate gig you went out of your way to discover, played by a relatively unknown band which went on to be your favorite? France is undoubtedly top of the charts when it comes to wine production, but the real treasures, the real wines to write home about, are sometimes the ones who don’t get all the fawning press and fame.

With that in mind, let’s take a look at some of the great underdogs of France – the wines which don’t take pride of place on your wine store’s shelves or feature at the fanciest restaurants. However, they might just be the wines the sommeliers keep back for themselves, and the wine store assistants use their staff discount on…., and there’s no reason why they shouldn’t feature heavily in your collection, too.

If we’re talking about big name French wine regions, then Bordeaux shoots right to the top of the list. Bordeaux, home to the deep, complex, aged and blended red wines which made sub-regions Medoc, Graves and St. Emilion world-famous also, makes some seriously good white wines.

I think white Bordeaux wines don’t get the recognition they deserve primarily because the global wine audience is a cynical bunch – we just can’t quite believe that any wine region can be good at both white and red wines… but in the case of Bordeaux, the whites are worth checking out, and their lack of recognition means you can often get a fantastic bottle for a relatively small price. Check out the excellent Semillon and Sauvignon Blanc blended wines, all acidity and balance and astonishing aromas, as well as the heritage wines made from ancient French varietals such as Ugni Blanc and Colombard. If you have money to spare, go for the luxury Bordeaux white wines of Pessac Leognan, but you really don’t have to splash your cash to get something brilliant – try something from Entre Deux Mers if you can, and see for yourself just how good this part of France is for white wines as well as their more celebrated reds.

If I was asked what my recommendation was for one single underrated French wine, I’d immediately jump to advise people try Alsace Sylvaner. The Alsace region of France has always done things a little differently – there’s a decidedly Germanic feel to the bottles which come out of this part of the country, and it specializes in bone-dry Rieslings, Gewurztraminers, and Pinot Blanc. However, if you want to explore the sort of wine which the people of Alsace tend to keep for themselves, you need to reach for a bottle of Sylvaner. This grape varietal originated in Austria, but the unique soils of Alsace and the slightly more reliable climate of the region suit the vine beautifully and allow the fruit to fully reveal itself in the glass. The result? A wine which is exactly what you want from an Alsace – fresh, greenish, full of freshly cut grass aromas, citrus, and floral notes, and which pairs perfectly with seafood. Delicious.

The white Burgundy grand cru wines are some of the finest on earth, so why aren’t you drinking them?

What’s the other most famous red wine region of France? Burgundy, of course. The name of this region is even a synonym for ‘dark red’ in most European languages, demonstrating the fame this part of the country has for its Vin Rouge. However, this is a region which also produces some superb white wines, and if you want to overcome any prejudices you may have developed against Chardonnay, then Burgundy is where you need to set your sights. The white Burgundy grand cru wines are some of the finest on earth, so why aren’t you drinking them?

Red Wines of the Middle Loire

The Loire Valley is by no means an underrated wine region. Indeed, it’s one of the principal wine producing regions of France, and the vino which comes out of this undulating, verdant land is celebrated around the world for its wonderful characteristics. However, the region is mainly adored for its white wines, and, as we said about Bordeaux, this means that it can’t possibly also produce great red wines, too – right?

Wrong! The central Loire region, which covers such sub-regions as Anjou and Chinon, produces some exciting red wines, which are just beginning to get the global recognition they deserve. Generally made from the beautiful Cabernet Franc vines which flourish in this part of France, they are beautifully balanced and highly drinkable and possessing of all those distinctive, fruit-and-spice characters we love in rustic French fare.

How could any article about underrated French wines be complete without some mention of Jura, possibly the most underrated – yet undoubtedly one of the best – wine regions in the whole country. Jura is a very cool climate part of France. As it borders Switzerland, it has a distinctly alpine feel to it, and this comes across in the crispness and refreshing clarity the wines of Jura display. Drinking a good Jura wine is like taking a gulp of fresh, crystalline alpine water, packed full of sharpness and mineral notes.

While Chardonnay is the most widely grown grape in Jura (and the Chardonnays of this region are well worth checking out, as they demonstrate just how versatile and expressive this grape can be), it’s the other, lesser known varietals that get people like me excited. Savagnin used to make late-harvest Vin Jaune, is just one example. Another great one is Poulsard, which is used to make highly perfumed, delicate and pale red wines, and Trousseau, for a taste of a France long since forgotten by the rest of the world.

So, as we can see, there’s a whole lot more to French wine than the most visible, overexposed names and chateaus – scratch under the surface, and see what you can discover! 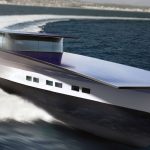 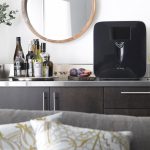