Unlike the long, often foggy and contentious stories behind the foundation of a locality’s signature spirit, this distillation was born not so long ago, relatively, to some intentional individuals whose curious passions for a sparsely populated region sing through the original, proprietary spirit. That spirit is Träkál, and that region is Patagonia. 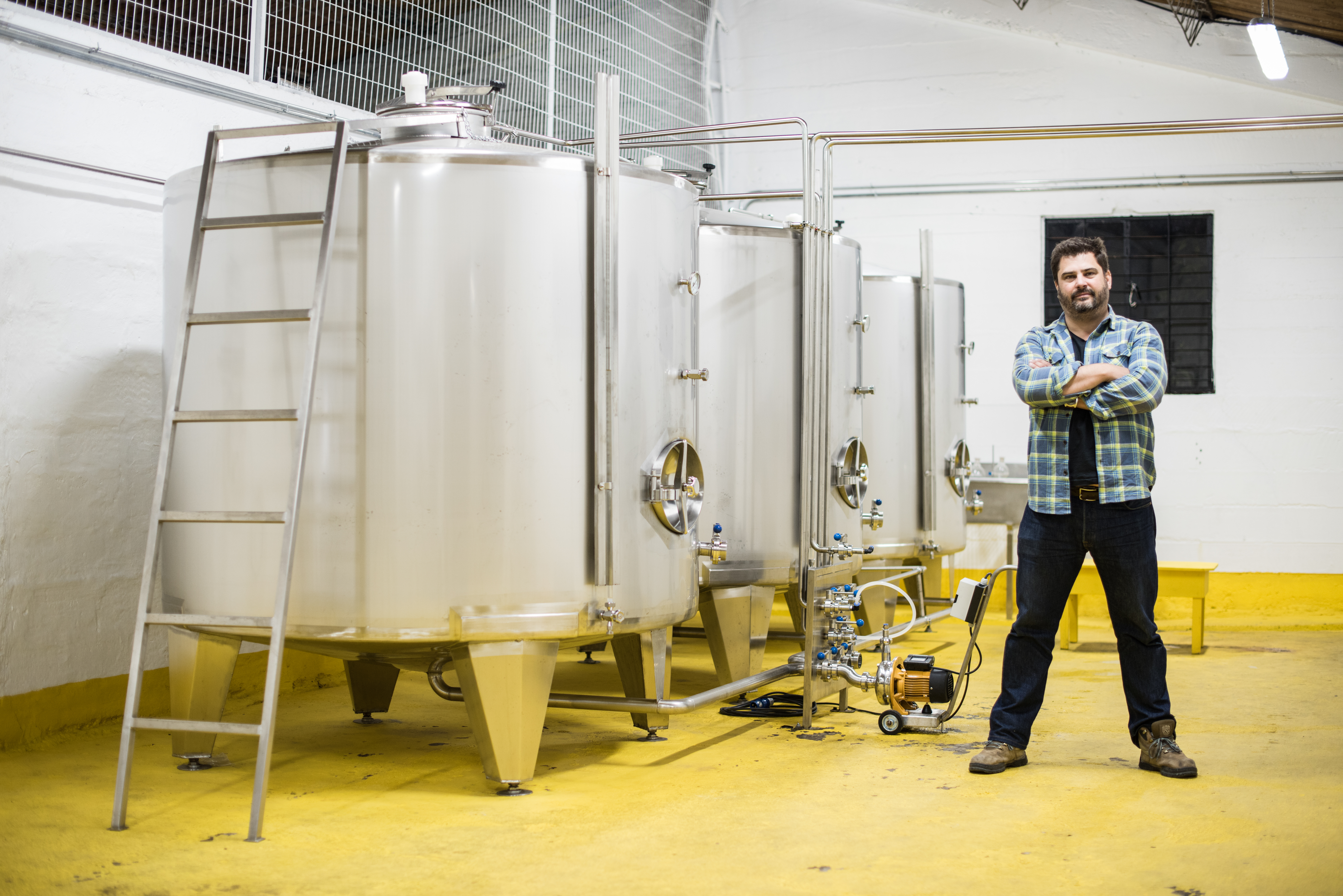 This Patagonia—not the international clothing brand—is the bottom tip of South Africa including sections of both Argentina and Chile. It also showcases some of the breathtakingly beautiful Andean mountain range, and its coasts look out onto both the Pacific and Atlantic Oceans.

Träkál was born to an intentional individual whose curious passions of Patagonia sing through this original, proprietary spirit

Träkál means “first warrior into battle,” a bit of a tribute to the rugged, sparsely populated terrain of Patagonia, and those that trek in the uncharted space here—and everywhere else. This uncharted territory is, of course, not at all unfamiliar to those behind this new unique spirit.

Sebastian Gomez Camorino, co-founder and master distiller of Träkál, spent three years of concerted effort, research, and self-study to craft this bold new spirit into the spirit that it is today. Born in Santa Fe Province, Argentina, Sebastian had spent over 37 years of his life previous to this in the financial world, taking after his father. But in January of 2013 something else clicked, and he left his lifelong banking career to do something entirely different; to enter a world he knew little to nothing about from the start, with only an inkling of interest and a passion to learn about an industry that had grown over the years. 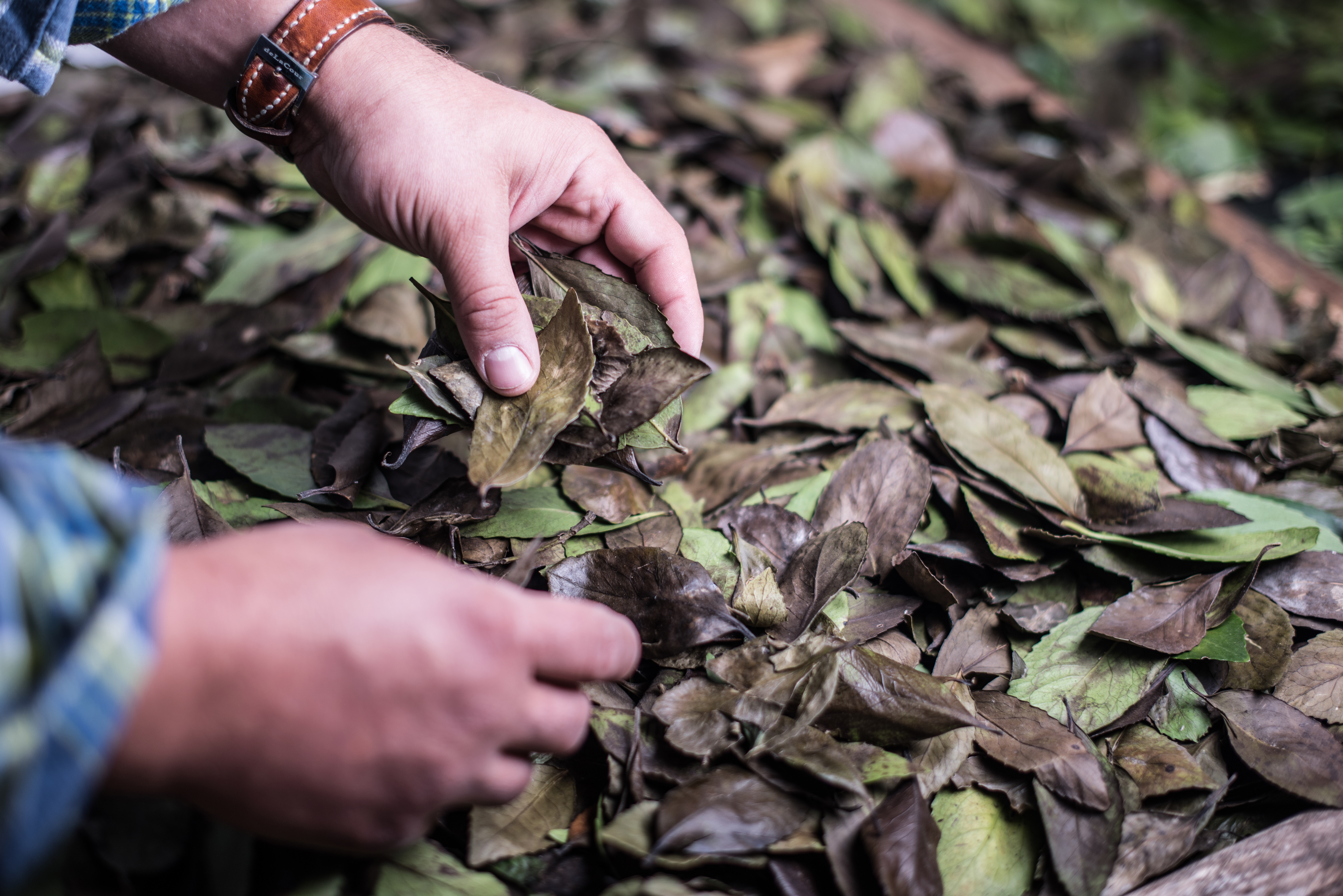 Camorino did know, however, that he wanted to make something that was unique to the region that he loved—that was, of course, Patagonia. Wanting to do it right, and as authentically as possible, he spent a year traveling with indigenous communities around the region to learn how native plants were used.

Träkál means “first warrior into battle,” a bit of a tribute to the rugged, sparsely populated terrain of Patagonia, and those that trek in the uncharted space here—and everywhere else. This uncharted territory is, of course, not at all unfamiliar to the man behind this new unique spirit

With an intention to only grow ever more connected with the land and Patagonian people, Camorino and co-founder Ben Long want to make their operation more wholly sustainable, including growing their own fruits and giving back to those in their immediate communities from which they source Träkál’s ingredients.

The 4,000-square-foot Träkál Distillery is located in Osorno, Chile, where weather can be harsh but access to Patagonia’s natural bounty is plentiful. The clear spirit is made from apples, pears, four types of berries, and seven types of herbs native to the region. The base is largely comprised of the local apples and pears, and this fruity blend is then triple-distilled through the  hand-picked selection of berries and herbs.

While it may sip on its own like a Whiskey it also mixes just as well, and is often compared to a Gin in its ability to blend

Because all of these ingredients are highly seasonal and the Camorino–Long team did not want to compromise local sourcing for an easier year-round process, it proved quite tricky at first to get the right flavors all year; freezing, among many, many other tested methods, was not going to make the cut.

Just like the native communities that Camorino had learned from for a year of his life, he turned to capturing these distinctive flavors through an essential oil. While an odd and uncommon practice in the spirits world, it worked.

The distillery produces just around 4,200 bottles per week of the 84-proof spirit.

Camorino wanted the native flavors used in the spirit to be recognizable to the Mapuche; that is, the locals that he had spent considerable time with in discovering these local flavors and practices.

The 4,000-square-foot Träkál Distillery is located in Osorno, Chile, where weather can be harsh but access to Patagonia’s natural bounty is plentiful

On the nose, Träkál is floral, fruity, and exudes a sort of densely forested aroma much like the environment its ingredients come from. It hints at sweetness from its apple and pear base components, and it then carries strongly through to a mellow, smooth finish. 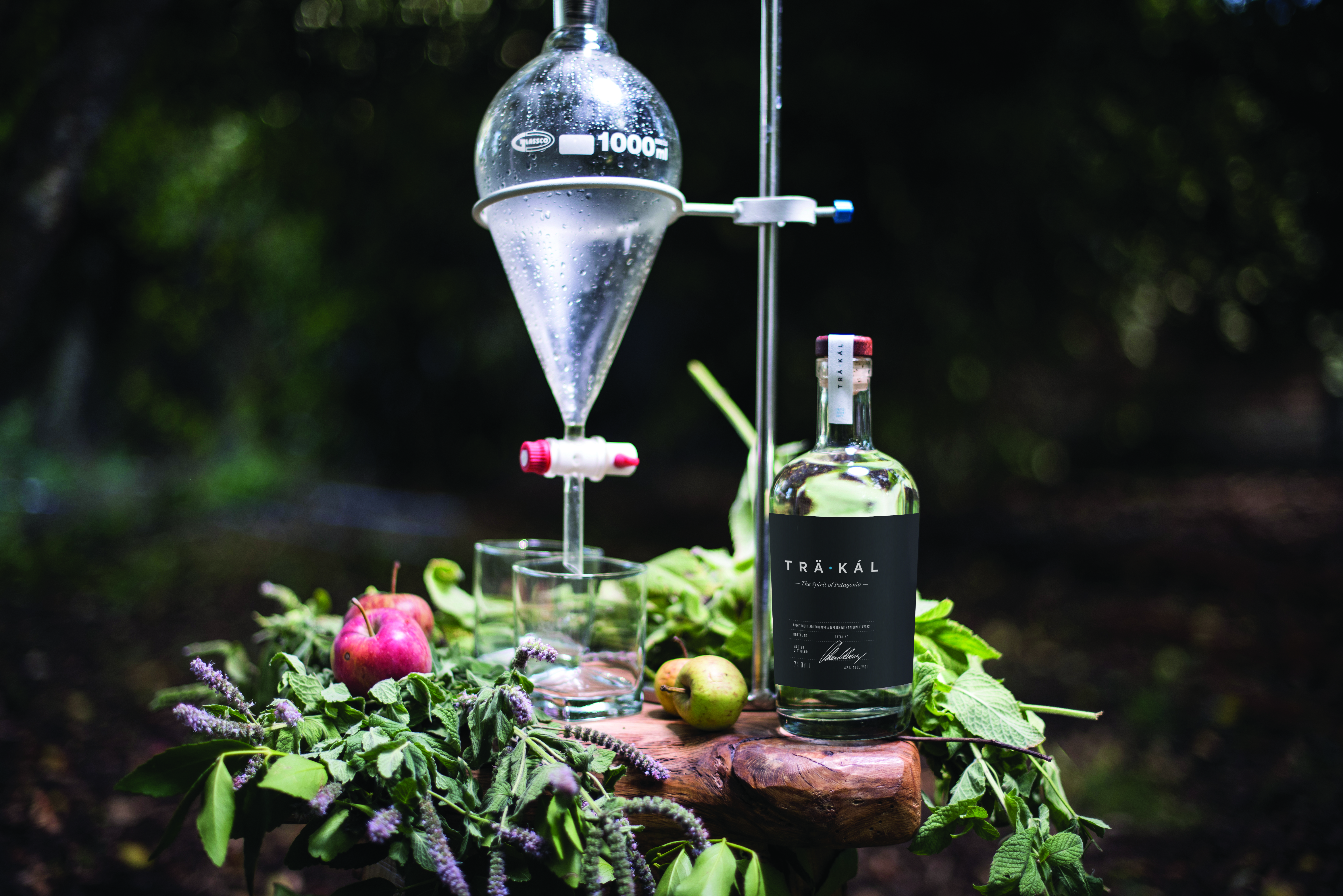 How to Use It

As bartenders have taken a liking to mixing Träkál into some quite creative cocktails, you might have seen it—or even tried a bit of it—in a craft cocktail bar. While it may sip on its own or on the rocks like a Whiskey, it also mixes just as well, often compared to a Gin in its ability to blend. Of course, it’s always a good idea to try it on its own first, and this versatile spirit certainly stands strong on its own—and, admittedly, has a profile that an explanation alone could only come so close to conveying. (Unfortunately, the Alcohol and Tobacco Tax and Trade Bureau settled on the reductive description of a “spirit distilled from apple and pear with natural flavors,” but don’t let that deter you.) 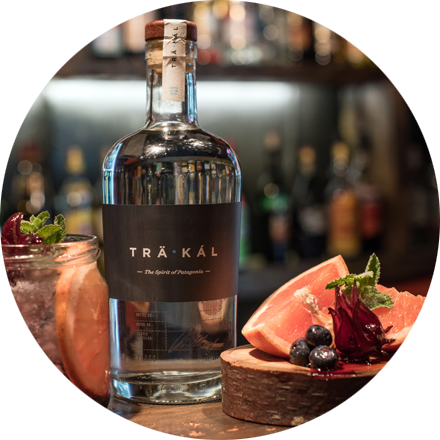 For a starting recipe from the Träkál team, we have the Longshot—a simple yet elegant cocktail, to highlight Träkál flavor through the blend. 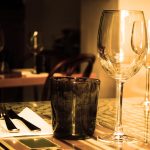