The art of mixology and trying some of the world’s most mind-boggling cocktails is something that everyone should get to experience at least once. No matter where you are in the world, chances are there’s an unusual and captivating cocktail nearby just waiting to be sipped. From the United States to the United Kingdom and all the way to the Middle East, mixologists are creating strange new takes on classics and blazing the trails for unusual cocktails that have never been seen before.

No matter where you are in the world, chances are there’s an unusual and captivating cocktail nearby just waiting to be sipped

If you love the taste of decadent caviar, why not put it in your drink? That was the logic at the Australian bar that created Doug Laming’s Margarita. This cocktail’s ingredients start out just like any other upscale margarita with Tequila, simple syrup, and Cointreau. But to give that extra dose of strange, caviar is infused with the margarita. The added caviar produces bursting “pearls” of alcohol as you drink it, making Doug Laming’s Margarita perhaps one of the most interesting Tequila cocktails out there. And we have the good people of the outback to thank.

While the origin of the Coquetier actually began in 18th-century New Orleans, it was Germany that perfected this impeccably interesting cocktail. New Orleans became famous for slinging Cognac and bitters-based toddies served in small egg cups. This Coquetier-style drink eventually became known as the Sazerac. Many years and countless versions of this drink later, it was Berlin, Germany, that was responsible for this strange Coquetier presentation of blended Rum, cinnamon, and chocolate served in a very real eggshell.

An incredibly unusual and one of the more expensive cocktails would be the Diamonds Are Forever. This drink breaks the bank at over $1,300. Originating in Dubai, Diamonds Are Forever is a classy Champagne creation consisting of the finest L’ Heraud Grand Champagne Cognac, Luxor 24K Gold Flake Champagne —yes, real gold can be seen bouncing with the bubbles—and The Bitter Truth Jerry Thomas Bitters. If that’s not enough for you, the drink is fittingly served in Swarovski Crystalline cocktail glass.

Coming out of Singapore, the Dropje Daiquiri will satisfy even the most restless creative spirit. A freshly innovative spin on the classic daiquiri cocktail, the Dropje consists of salted-licorice-infused Venezuelan Rum, orange Curaçao, and citrus. It’s special and dramatic “garnish” is a thick brushstroke of licorice up the inside of the glass and a licorice-dipped paintbrush.

For a really unusual and explosive drink, there’s the Gunpowder Plot. Originating in Australia, this cocktail pulls out all of the stops. The base of the Gunpowder Plot is Gin. “Gunpowder flavors” are infused with the spirit along with gunpowder syrup and bitters, which is shaken with Fernet Blanca and egg white. This showstopper doesn’t quit there either as it’s served under a cloche that has had smoke captured within it which further infuses the cocktail with a smokier tone. Sparkling sticks of “dynamite” are also served along with the Gunpowder Plot to complete this no-joke cocktail.

If you’re a lover of the good ol’ ocean blue than this is the drink you’ve been waiting for. The Deep Sea is an Absinthe-based drink also consisting of Bols Genever, Vermouth, Ocean Bitters, as well as real squid ink and seaweed wrap. This ode to the sea came from none other than London, England. And as mysterious as the ocean is, it’s only fitting that a cocktail representing its essence be just as unusual and intriguing.

A sharp turnout of the fanciful peculiar and into the straight-up weird is where you find the Sourtoe cocktail; complete with a real toe. Yes, that’s right, a very real and perfectly preserved amputated big toe is added to this drink where the only other ingredient needed is an ounce or more of whatever alcohol the drinker prefers. This Canadian drink’s legend takes us back to the Prohibition era where alcohol was completely illegal. Two brother bootleggers were on the run from the police when one of them became frostbitten. The bootlegger had no choice but to cut off his frozen big toe that was in danger of gangrene. The brothers decided to preserve it by dropping the severed toe into a jar of alcohol in commemoration of the moment. Those looking for real adventure can even swallow their drink’s amputated toe and be compensated $500.

Literature lovers will absolutely adore the Forever Young cocktail. Created in England, this curious cocktail was inspired by the equally curious classic The Picture of Dorian Gray. The ingredients include Vodka, Martini Extra Dry, Maraschino, citrus, and eucalyptus. The theatrics keep coming as the Forever Young is traditionally served in a metal chalice that is hidden behind a mirror. A straw inside the chalice emerges through the mirror to sip from. To tie this unusual cocktail all together is smoking opium incense that’s also hidden behind the mirror to give an even more dramatic and alluring effect.

Bring out your inner child in the classiest way with the Bubble Bath Martini. Sit back and relax as this foaming, bubble-filled drink is served to you. London, England, comes in again as the origin of this drink. It’s made up of lychee liqueur, poppy-seed Vodka, and lavender. Although a martini isn’t complete without a garnish, there are no olives here. Instead, your Bubble Bath Martini is finished off with an adorable miniature rubber duck!

Certainly not for the squeamish, the Crapper drink is, of course, served in a glass in the shape of a toilet bowl. To add to the charade, the drink itself is a chocolate-based piña colada, consisting of coconut, Rum, Creme de Cacao, and chocolate. If drinking this chocolaty drink out of a toilet bowl isn’t enough, it’s also garnished with none other than a Snickers chocolate bar. This over-the-top cocktail comes from none other than Las Vegas. At least you get to keep the mini toilet bowl the Crapper was served in once you’ve finished it. 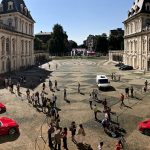 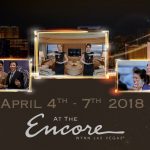