While Sonoma Wine Country remains California’s most famous region for both consuming and producing wine, the state’s selection doesn’t stop at the Sonoma border. From California’s rolling deserts and valleys in the south to the densely forested oceanside in the north—even through California’s rural inland—there are notable wineries producing top-quality wine ready for tastings. Skipping out on the routinely visited wineries of Sonoma and heading off into the state’s elite, less-traveled wine regions leaves behind a sense of adventure and a taste of artisan wine.

As a part of Napa Valley’s globally recognized Duckhorn Wine Company, Goldeneye Winery has a reputation to uphold, even as far north in Mendocino County—where Goldeneye’s vineyards and tasting room presides. Visitors and tasters can admire the rolling hills and vineyards of Anderson Valley atop Goldeneye’s outdoor terrace. Most famous from their signature single-vineyard Pinot Noir, this winery dedicates itself to producing those coveted California-coast wines sustainably.

Windwalker was already the oldest vineyard in all of El Dorado County when its current owners purchased the estate in 2006. Since its new ownership, Windwalker Vineyard and Winery continues its award-winning production with a dream team of winemakers and producers. New releases and blends are nothing out of the ordinary at this winery, including Windwalker’s most popular Midnight wine—their flagship blend. It’s brilliant wines like that that put Windwalker Vineyard and Winery up against some of the most pristine wineries in California.

Owned and produced by a long line of Beauregard generations, Beauregard Vineyards has provided wine lovers with Pinot Noirs and Chardonnays straight from the Ben Lomond Mountain AVA within the Santa Cruz Mountains—a region known for its ideal wine environment. Though those make up the winery’s core selection, they also produce an award-winning lineup of Rosés, Cabernets, Syrahs, the last addition made in recent years, sparkling wine, and more. A much more humbling tasting experience happens on the estate, with a quaint cottage in the Redwoods as the tasting room along a creekside picnic area.

An entirely new concept, The Blending Lab in Los Angeles allows its visitors the chance to be the winemaker. There’s the off-winery tasting room located in the middle of all the hustle and bustle of L.A., where patrons can not only taste the wine crafted by the world-traveled sommeliers at The Blending Lab, but classes are also offered to make their very own blend. With the help of the on-site experts, curious wine lovers can reserve the “lab,” meaning they’ll learn how each grape has a purpose, how to taste wine properly, and how to blend their very own. The Blending Lab offers a truly unique wine experience from beginning to end.

A tasting at Pacific Star Winery in Fort Bragg PROMISES a round of some of the town’s most favorited wines as well as up close and personal cliffside views of the Pacific Ocean—there also may be a whale sighting or two. This winery’s dedication to its town is evident, even more so after learning that local family farmers that have been farming Mendocino County for generations source each Pacific Star grape. The oceanside winery doesn’t leave anyone, even nonmembers, out, especially when it comes to celebration. The winemakers often host Wine Club Parties where belonging members and newbies alike can gather around a bonfire and BBQ while enjoying a glass of the newest release from harvest. In short, there’s no going wrong with an elite winery known for their hyperlocality, good parties, and five-dollar tasting flights.

As one of California’s first wineries, Murrieta’s Well’s expertise lies in making small-batch, limited production blends. With a heritage of winemakers running the estate since the 1880s, the sommeliers at this Livermore winery understand both their land and the wine industry inside and out, utilizing this knowledge when growing the perfect grapes for the optimal sip. There’s not only a history of wine here but also one of the Mexican bandit Joaquin Murrieta. Legend says that Murrieta discovered and camped out by the artesian well on the estate property in the late 1800s—a story that ultimately inspired the winery’s namesake.

One of San Francisco’s top places for artisan red wines, Fat Grape Winery honors a production process unique to its grounds. A quick drive out of the city, the winery is situated on San Francisco’s Treasure Island. Fat Grape’s location—far enough from congested San Francisco streets yet still perched along the chilled, breezy bay—makes for temperatures and an environment ideal for wine production. Always trying to keep things as local as possible, this winery’s commitment is putting its best, most natural wine forward, free from sulfates and other preservatives. Speaking of free, that’s what visitors pay when coming to Fat Grape for a tasting: zero.

A real California oasis, Topa Mountain Winery sits within the Upper Ojai Valley in Southern California’s paradise town of Ojai. A relatively new winery, Topa Mountain Winery’s vineyards have only been growing since 2009, yet in that time, the winery’s released top crafted wines from grapes native to the unique Ojai region. The estate is also responsible for bringing a varietal of vines never grown in the Valley. With the views of the Topatopa Mountains and redwoods surrounding the tasting room, visitors can not only drink wine unique to the ancient Ojai land, but they can also drink in its abundant scenery.

Watch wild peacocks roam the surrounding estate grounds while enjoying a tasting at Picchetti Winery. Not a far drive from the tech powerhouses of Silicon Valley, the Cupertino winery is among the oldest in California, dating back to the late 1800s. Among its selection, Picchetti Winery ambitiously produces its very own Port—a robust dessert wine traditionally made in Portugal. Though nontraditional but always undaunted, Picchetti’s Port is one of its top sellers, and not just because a glass of the dessert wine always comes with a piece of Picchetti Winery’s homemade fudge to pair.

Fetzer isn’t only Mendocino County’s first winemaker, it was also California’s first ever sustainable winery. Along with its dedication to honest wine, this estate stays firm in its commitment to putting out as close to zero waste as possible to keep California and its wine industry clean and sustainable. A day at Fetzer promises a diverse portfolio of local wines that showcase the taste of California, which visitors can enjoy during unpretentious farm-to-table meal courses from appetizer to dessert—each bite analyzed and paired with the perfect estate wine. 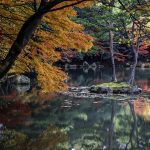 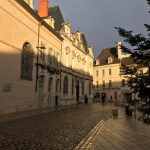