[vc_row][vc_column][vc_column_text]Visiting Berlin’s Hotel Adlon Kempinski is to find yourself in the heart of the city’s history while also immersing yourself in the pinnacles of luxury. The only thing better than a room with a gloriously inspiring view of the Brandenburg Gate, the famous bullet-riddled monument which lays just across the plaza from the hotel, is to do so after stepping out of your room’s private sauna. We should all allow ourselves to partake in such indulgences from time to time, at least if the opportunity arises.

It would be easy for such a hotel, an institution in its city known as the resting place of choice for foreign dignitaries and heads of state, to rely solely upon the ethos of tried and true formal luxury. The classically adorned but buzzing lobby bar and lounge area certainly calls to the elegance of a bygone era, ideal for afternoon tea service or a pre-dinner glass of Champagne, while the hotel has several restaurants, including the highly touted fine-dining found at Lorenz Adlon Esszimmer.

It’s refreshing though to mix all of that aforementioned history and luxury with a visit to the hotel’s newly reopened restaurant, Sra Bua by Tim Raue, which offers a welcome shift in the opposing direction. A chic, dimly-lit interior invites diners to enter while the bumping rhythms of dance music softly plays in the background, with comfortable seating and an open view of the bustling kitchen awaiting within. Sra Bua is Thai for lotus pond, and the name is evocative of the restaurant’s setting and mood.

The restaurant’s chef namesake, Tim Raue, has another eponymous restaurant in Berlin as well, Tim Raue, which currently showcases two Michelin stars. The cooking credentials, therefore, speak for themselves and many similar flavors and concepts can be found at the more casual Sra Bua – in fact, diners during a recent visit remarked that the dessert they were enjoying at Sra Bua was the same they previously had just days prior at Tim Raue (they enjoyed it both times).

At Sra Bua though, Raue isn’t in-house overseeing the daily kitchen operations but instead, serves as the mentor and chef emeritus of sorts while Daniel Marg is the head chef. While training under and working with Raue for years, Marg also brings his own unique influences to the menu. That includes extra time specifically honing his sushi skills over the years, reflected with the menu’s newfound focus on sashimi and nigiri.

Overall, the cuisine reflects pan-Asian influences but doesn’t dabble in the muddied arena of fusion food. There are Japanese dishes and Thai dishes and Chinese dishes, each authentic to themselves, and diners can easily stick to their preferred types of food, or order a mix of all styles. This is a key point of differentiation and marked improvement from the realm of often hodge-podge plates showcasing one ingredient from this country and one from another which are then somehow magically transformed into “fusion.

A Som Tam green papaya salad, a staple of Thai cuisine, could start a meal alongside a “Chiang Mai” cucumber dish with garlic and chili oil, or flavors of Japan may reign supreme, with a wasabi radish dish leading into an assortment of omakase sashimi from the chef, all of which are cut, portioned and served with requisite expertise, perhaps paired with bourbon barrel aged soy sauce. Chinese influenced favorites include a hearty entree of crispy duck, its crunchy skin hiding wonderfully juicy, moist meat underneath, or black pepper beef.

In addition to light salads there are also several vegetarian dishes, and adding to the flexibility of the menu is that all dishes are offered in multiple sizes. Meanwhile, there are also two different set menus to consider. The Sra Bua menu is a four or six-course tasting tour de force offering highlights which begin with a plate of omakase nigiri and sashimi and then move from seafood to heartier meats, closing with a signature yuzu cheesecake course. Hungry diners can also opt for the Ruam Gan menu, a family-style offering where a smattering of between six and 12 courses are delivered for you and your friends to pass around and share.

The flavors are big, bold, and memorable, often leaving intense impressions, and yet restraint is also a common theme to the menu. Plates are beautifully but simply presented, and the number of ingredients to any dish is pared down, showcasing only what’s needed.

At the attached Sra Bua Bar, expect exotic, Asian-influenced décor in a lounge seating, with a broad lineup of sake, shochu, and whiskey. Craft cocktails are offered in an approachable menu format, briefly listing key ingredients but focusing more on flavor profiles and experience. Instead of getting bogged down by an indecipherable list of the 27 different house bitters the bar offers, pick a drink which actually, you know, sounds like something you want to drink.

The bartenders are also happy to guide you with your decision, showcasing a rare or new bottle you may not have had before, or one of their latest cocktail creations. Several barrel-aged cocktails are also worth exploring, perhaps as after-dinner digestifs for those with more room to spare.

Back at the restaurant, there are over 100 wines by the glass, and any dish can be seamlessly paired with a worthwhile offering. “Wine is a feeling, wine should be fun,” says sommelier and manager Shahab Jalali as he pairs a Port-style wine produced in Germany with the addictive richness of a thinly sliced Sichuan pork belly dish, the duo serving as a thriving if unexpected tag team highlighting the talents of both the kitchen and bar teams.

It’s not what you’d first envision being served at a place like the Hotel Adlon. And maybe that’s the best part. Until you retire back to your room or suite for the evening and open up the curtains for a view of the Brandenburg, spectacularly lit up at night and just a stone’s throw away. That is, undoubtedly, still the best part.[/vc_column_text][/vc_column][/vc_row][vc_row][vc_column][vc_row_inner][vc_column_inner][vc_raw_html]JTNDcCUyMGFsaWduJTNEJTIyY2VudGVyJTIyJTNFJTBBJTNDaWZyYW1lJTIwd2lkdGglM0QlMjI1NjAlMjIlMjBoZWlnaHQlM0QlMjIzMTUlMjIlMjBzcmMlM0QlMjJodHRwcyUzQSUyRiUyRnd3dy55b3V0dWJlLmNvbSUyRmVtYmVkJTJGYUdIMHpzVlNjR0UlMjIlMjBmcmFtZWJvcmRlciUzRCUyMjAlMjIlMjBhbGxvd2Z1bGxzY3JlZW4lM0UlM0MlMkZpZnJhbWUlM0UlMEElM0MlMkZwJTNFJTBB[/vc_raw_html][/vc_column_inner][/vc_row_inner][/vc_column][/vc_row] 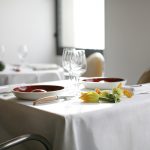