By the end of a visit to The Majestic Yosemite Hotel, this historic lodge’s namesake appears much more appropriate. A public treasure, for sure, this 123-room hotel achieved a listing on the National Register of Historic Places and the title of a National Historic Landmark. To many, it’s the grand dame of Yosemite National Park, witnessing a century worth of both elite and humble visitors. Boasting a guestbook of artists, nature aficionados, adrenaline junkies, and the elite, The Majestic offers guests a true Yosemite National Park experience of the surrounding valley, and the hotel’s woodland charm and elegant comforts.

Exquisitely woven into the National Park’s history, the hotel—originally named The Ahwahnee Hotel—is a grand  architectural homage to Yosemite Valley itself. Since its opening in 1927, praises of architect Gilbert Stanley Underwood’s ambitious work filled the valley and later the world. Drawing upon both Yosemite and design influences of Native American, Middle Eastern, and art deco, the hotel’s finishing resulted in Underwood’s crowning achievement; the architect was asked soon after to design other landmarks like the San Francisco Mint and Rincon Center, as well as the Grand Canyon Lodge.

Barely twenty years after its grand opening, The Majestic hosted the United States Navy during World War II. As part of its war effort, the estate acted as a convalescent hospital for veterans of war. The U.S. Navy, making themselves at home, repainted the interior, took over rooms—even the maids’ quarters—and inhabited the entire front entrance. Once the last Navy soldier vacated the hotel, its decor remained virtually untouched, save for modern updates of utilities to keep up with the times, for over 70 years. Due to legal disputes over the rights to the “Ahwahnee Hotel” name, the Yosemite lodge’s 89-year-old namesake changed to The Majestic Yosemite Hotel in 2006.

Inside The Majestic Yosemite Hotel

Reminiscent of its origin, the hotel embodies the beauty of 1920s California. Rustic chandeliers will evoke the romantic in even the most rough and tough visitor, as will the stained-glass windows, stenciled beams, and nearly floor-to-ceiling stone fireplaces. Prospective guests get the option of staying in one of the 99 standard hotel rooms and suites, complete with surrounding outdoor park beauty; the hotel also features 24 guest cottages for those looking for a more woodsy atmosphere. With or without a reservation, visitors are encouraged to walk the grounds of The Majestic, so to absorb its woodland charm that meshes seamlessly with Yosemite National Park. Time after time, guests can’t get enough of the stone and woodwork throughout the hotel’s interior and exterior. Although, for many, it’s what lies beyond the grounds that makes The Majestic so unprecedented.

Location, Location, LocationPart of the intention behind The Majestic Yosemite Hotel’s construction wasn’t only to build a hotel in the forest. Hotel architect Gilbert Stanley Underwood wanted to construct a grand ode to the woods, mountains, rivers, and falls that surrounded it, and a special tribute to nearby Half Dome, Glacier Point, and Yosemite Falls. Not a far trek from The Majestic, the gargantuan 2,425-foot Yosemite Falls make many Majestic visitors gape with awe. Views of Half Dome sit to the east of the hotel while Glacier Point stands to the south.

These are all quite highly advertised sights and spectacles of The Majestic. However, what many don’t share is all the other Yosemite National Park panoramas that are just beyond the hotel. Directly from the once military-occupied front entrance, it takes less than a three-mile hike to reach the small Mirror Lake, situated between North and Half Dome. Another spot centrally placed from The Majestic Yosemite Hotel that’s a quick drive is the park’s mainstay Yosemite Point. Not far from the Yosemite Falls, this mountain peak serves as the national park’s poster child, offering panoramic views of Yosemite’s entirety.

Back inside The Majestic Yosemite Hotel, the main dining room features a restaurant and bar that’s open for breakfast, lunch, dinner, and Sunday brunch. While the hotel’s food scene holds a reputation for dishing out classic American fare as well as a sizable bill to follow most likely, time and time again The Majestic triumphs with its craft coffee and indulgent dessert shop. Whether lounging in the artsy lobby or sitting down for a bite in the woodsy dining room, the relaxed atmosphere of the grounds beckons people and their appetites. Though insiders will vouch that, when it comes to those not staying at the hotel but wishing for a taste of its menu, locking in those reservations and taking advantage of the on-site valet parking is the way to go.

The Best Time to Visit

Call it a cliché, but The Majestic Yosemite Hotel is a gem of the valley that guests savor all year round. There’s no shortage of things to do in Yosemite National Park—in the snow, sun, or otherwise. Through the cold months, the valley covered in snow, winter sports fanatics and adrenaline junkies venture out from their Majestic hotel rooms for snowboarding, snowshoeing, and to take advantage of one of the many ski tours hosted throughout the valley. By the time all the snow melts and the park officially enters its warm seasons, The Majestic fills with mountain climbers, nature observers, horseback riders, and hiking enthusiasts.

How to Get to The Majestic Yosemite Hotel

With each new season can come a new Yosemite, often resulting in road closures and reroutes to enter the park. For prospective Majestic guests looking to stay in the winter, for example, you won’t be able to enter the park through the eastside Tioga Pass Entrance because it’s closed off to the public during May–October. The four other entrances, however, are open all year round; all of which offer scenic drives and the chance to get to know Yosemite National Park before arriving at The Majestic Yosemite Hotel.

Nearly a century after its opening, The Majestic continues to bring guests in from around the world that wish to catch a glimpse of Yosemite National Park while staying at a little piece of its history and added beauty.

Grandeur is a noun so it wouldn’t work here unless the sentence is changed. 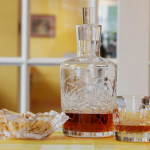