Ah, the glittering allure of gold. From the day in 3,000 B.C. when enterprising Egyptians dug it from the earth — later to forge it into jewelry — the honey-colored metal has hypnotized humanity. It has become the embodiment of wealth and a measure of worth. Although gold no longer serves as actual currency, it still symbolizes money. And it can still be a good idea to invest in gold, even in this digital era of robo-trades and e-coins. Herewith is a primer on ways to invest.

The honey-colored metal has hypnotized humanity 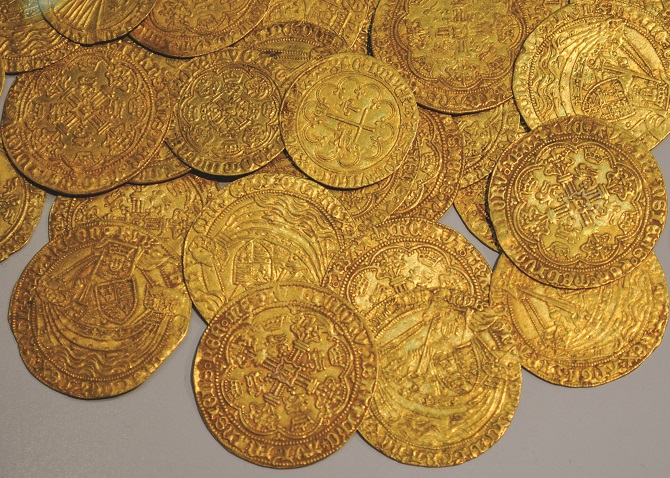 But First, a Little Financial History

Although gold had already been mined for thousands of years, it wasn’t until around 564 BC that societies began using it as currency. King Croesus of Lydia (in modern Turkey) was one of the first to strike and circulate gold coins. Hence the expression “rich as Croesus.” The Romans adopted gold coins as a handy way to buy, sell, and trade throughout their vast empire.

During the Middle Ages, nations developed metal-based currencies with different coins based on the amount of gold, or sometimes silver, they represented. When the concept of paper money developed in the 18th century, the notes issued had a specific value linked to the price of gold. Currency was backed by the metal, meaning that it could be redeemed (theoretically at least) for a certain amount of gold, held by the government or the bank issuing the bills. In 1792 the fledgling United States established a bimetallic standard (which used both gold and silver to back currency), though by 1900 gold had become the sole basis. 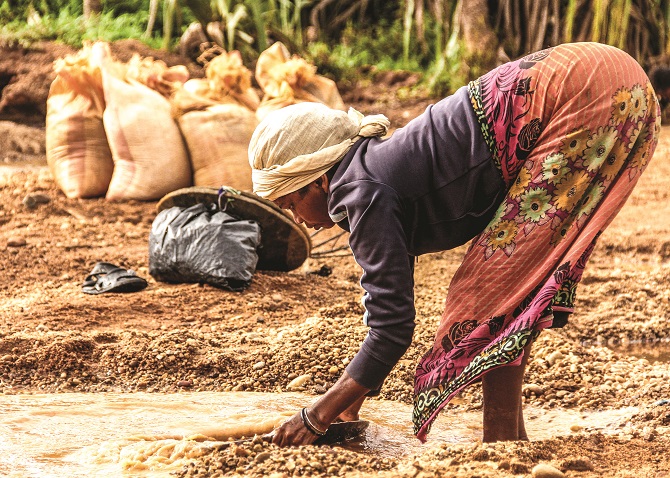 End of the Gold Standard

But the 20th century saw the gradual transitioning of gold out of the monetary supply and everyday use. The idea that gold no longer needed to serve as money began during the Great Depression. In an effort to restore the devastated banking system, the US Congress passed the Gold Reserve Act of 1934, which withdrew gold coins from circulation and prohibited private ownership of gold. People had to turn in their bars, certificates, and coins. They were redeemed at $35 an ounce, the metal’s new fixed price in the United States. This became the standard around the globe after World War II, when most other nations pegged their currencies to the dollar’s value.

The idea that gold no longer needed to serve as money began during the Great Depression. 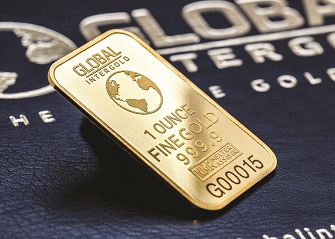 This price held until the 1970s. Then, with inflation soaring and the economy stagnating, President Richard Nixon took America off the gold standard. The dollar was no longer backed by gold, and the price of gold was no longer fixed to any dollar amount. Unmoored from the dollar, gold quickly shot up to $120 per ounce on the open market.

It has fluctuated ever since. Though central banks maintain reserves, no country today actually uses gold to back their currency. Today, the price of gold is determined by supply and demand, world events, and the mood of investors. With no fixed price, gold has become an investment tool.

Is Gold a Good Investment?

Why invest in it? Advocates argue that, as a tangible asset, gold has an intrinsic value maintained throughout the ages — 5,000 years and counting — that always reflects the cost of living. There’s an old expression that an ounce of gold equals the price of a good business suit. That held in 1934 when suits went for $35, and with gold currently around $1200 an ounce, it does today too (assuming that suit is an Armani Collezioni).

There’s an old expression that an ounce of gold equals the price of a good business suit.

In other words, gold is a hedge against inflation and the weakness of paper money. For example, when India demonetized its rupee in late 2016, citizens rushed to buy gold, driving prices up to a 60 percent premium. Like other commodities, gold also acts as a counterfoil to equities, usually moving in the opposite direction of the stock market. Case in point: when the subprime mortgage meltdown began in 2008, ushering in the Great Recession, gold — which for years had been trading in the $400–600 range — shot up to $1,000 per ounce. This bull market in gold kept going for the next three years, eventually going as high as $1,800 per ounce. In addition, gold’s considered a safe haven in uncertain times or whenever there’s political turmoil. For example, after the June 2016 Brexit vote, its price rose over 10 percent in one month.

All this means that gold can be a good way to add variety to your asset mix, thereby mitigating risk. Many financial analysts recommend making the metal 10 to 15 percent of a well-diversified portfolio. And there are a variety of ways to invest. 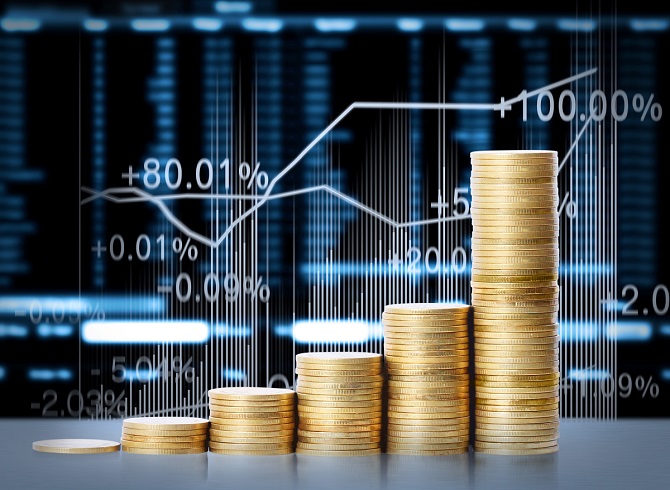 How to Invest in Gold

When deciding to invest in gold, the first decision to make is whether you want to get physical. That is, do you want to own the actual metal? (This became legal again for Americans in 1974.) Bullion bars are available in sizes ranging from a quarter-ounce wafer to a 400-ounce brick. But coins are the usual choice for new investors. Not to be confused with vintage coins held by numismatic collectors — which are priced by their rarity — these are new issues priced on their gold content, plus a 1–5 percent premium. For maximum liquidity, most buyers stick with the most widely circulated coins, which are the South African Krugerrand, the American Eagle, and the Canadian Maple Leaf (all offered by banks and brokers).

Fun, as it might be to view and caress your gilded holdings, taking possession of physical gold, has its expensive hassles. There are transaction fees, delivery charges, and the cost of storage and insurance. One alternative is to invest in gold certificates or receipts that are sold by metals dealers or private mints. In effect, they’re deeds to gold held in a vault by the issuer, and redeemable for the real thing at any time. 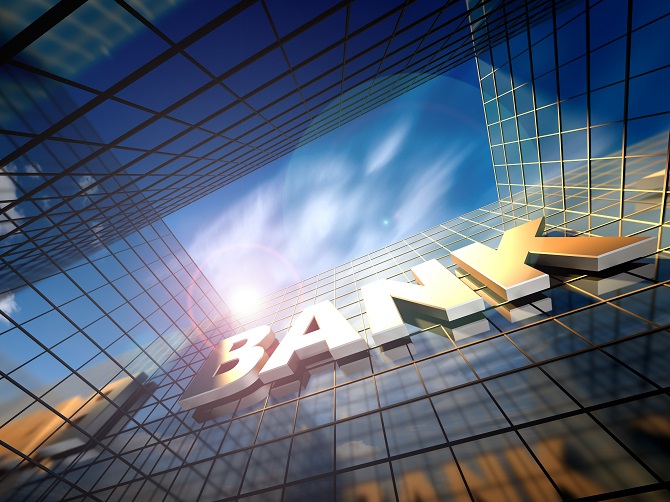 You can also open a precious metals account with a bank or broker. In fact, you can even open an Individual Retirement Account (IRA). Gold is one of the few tangible assets IRAs are allowed to hold. Such “gold IRAs” have to be separate from regular IRAs and are managed by special custodians, who employ a certified depository to actually store the bullion. Investors pay an annual storage charge, often based on the size and value of the holdings (anywhere from 0.5–2.0 percent).

However it’s held, bullion’s big drawback is that a $5,000 investment buys $5,000 worth of gold — period. It generates no interest, no dividend income, and the only appreciation lies in a price hike that lets you sell at a profit (and even that can be compromised by the time, effort, and assay fees that accompany selling). For the chance at some compounded return, look into the stocks of gold mining and refining companies. These equities generally reflect the movement of the metal itself, but are much more liquid than bullion, since they trade on major exchanges. However, their prices — which also reflects a mine’s operating costs, reserves, and management — tend to be more volatile too. If bullion rises 10 percent, gold stocks go up 15 percent, and the same holds true on the downside.

Investors interested in a more conservative approach can buy shares in gold-oriented mutual funds or exchange-traded funds (ETFs). These funds have varying investment approaches — some invest in bullion, others in equities, others in both — but all offer a liquid, low-cost, and diversified entry into the gold market.

More experienced investors who don’t want to risk a lot of capital might consider gold options. Like any option on a futures contract, these represent the right — but not the obligation — to buy or sell an asset (gold in this case) at a specific price for a certain amount of time. They can be used whether you think gold is going up or down, and if you guess wrong, all you’ve lost is the small amount you’ve paid for the option. Available in the United States through the Chicago Mercantile Exchange, gold options can be bought on gold bullion (each contact is for 100 ounces) or on gold ETFs. 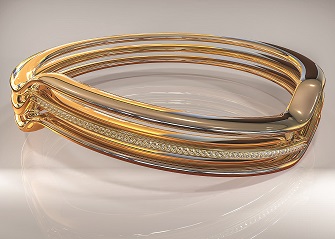 Stocks, shares, and options are admittedly indirect ways of owning gold. There is one direct way to hold the physical stuff that isn’t cumbersome or costly to store: jewelry. Alas, while this method is enjoyable, it isn’t profitable. While most of the world’s gold production goes into making baubles, bangles, and beads, the markup on finished products is quite high (up to 400 percent). And don’t expect to recoup that when you sell, as most pieces only fetch their “breakup value,” the cost of the underlying metal and gems they contain. So, as an investment, gold jewelry is a poor choice — unless, of course, you’re in the jewelry business. 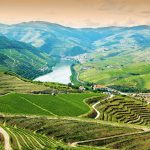 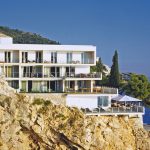