While the Galleria is relatively new then, the brand’s presence at this particular location stretches back far closer to its beginnings. In 1904, Campari opened their production center here, the family living in an adjacent house to the property, and it remained in this location for over 100 years until 2005. From 2007 to 2009, the location was then remodeled and built up, and a shiny new brand home was established.

Campari has over 3,000 pieces of art in their archives, and about 20% of it is displayed at any given time in the Galleria. While it’s not hiding that it’s entirely about the brand, the Galleria is also meant to be about the art too, which can stand up on its own accord. As one small testament to that ideal, take the fact that Dusi’s background isn’t in the spirits or cocktail world – but rather, it’s in the arts.

The Galleria is divided into two floors, with the first focusing more on the brand’s history, and a journey through it side-by-side with advertisements of every form. The second floor is then focused more on the products themselves, with vintage bottles, glassware, assorted bar tools, and all types of displays, from animatronic drink-pouring bartenders to subway handles which reveal a different Campari label each time they’re pulled.

All told, there’s no shortage of intriguing exhibits and displays: a wall of televisions displaying a rotating assortment of 75 Campari TV commercials; beautiful vintage Campari posters and advertisements; all kinds of commissioned drawings and displays; collections of poem-advertisements which have been digitized into electronic books you can scroll through. There are also temporary exhibits as well, with recent offerings showcasing the brand’s history sponsoring cycling races along with a display of one of a kind bikes from the decades.

The Galleria is colorful, crowded, eye-catching, dazzling… a fitting home for the iconic bright red Campari that remains a staple of any serious, both professional and personal, around the world.

So what is the history of Campari, and how did they get their start, then? The brand itself was born after founder Gaspare Campari went to Turin. “He learned everything about making liquors there,” Dusi says. “And he learned the social importance of aperitivo time.”

Gaspare’s son, Davide, came next and took his family’s drink to the international stage by incorporating the artwork and advertising that’s still so very linked with the Campari image. “He was a very key figure,” Dusi says. “He was aware of the importance of advertising… some products need storytelling to introduce them.” Of course, to this day the company’s name remains Davide Campari-Milano, signifying his legacy, though the larger company umbrella is traded and known more commonly as Gruppo Campari.

Davide was open to all kinds of artistic styles and interpretations, and even for the time, relatively risque imagery – gasp, single women leaning over tables and pouring their drinks! The crucial point for Davide was that the brand spoke of the time they were in, whether that was high society cocktailing or the Italian version of flappers or anything else.

We are very rooted in our history, but also always have an eye to the future and innovation

“He was just interested in the fact that the Campari advertising was in tune with the time,” Dusi says. It was a progressive, forward-thinking approach, and the brand continues working to stay ahead of the curve today. “We are very rooted in our history, but also always have an eye on the future and innovation.”

Therefore as you explore Campari’s past in the Galleria, you’ll also see more of its modern face, too. That includes the calendars they’ve produced for the past decade, featuring A-list models and celebrities and this year’s Red Diaries which replaced it.

Campari changed its approach this year by producing 12 short videos, each featuring different bartenders and their journey towards making a new riff on a classic Campari beverage. “It shows how mixology can be a form of art,” Dusi says. Certainly, it fits right in at the Galleria. Alongside the Red Diaries was also a short film dubbed The Killer in Red, featuring Clive Owen. Now anyone from around the world can grab a drink and pull the videos up on YouTube, immersing themselves in Campari culture without watching explicit “advertisements,” the same way Campari-sponsored poetry would fill newspaper sections of time’s past.

At the Galleria, you’ll learn about Campari’s roots, trace its presence and development across the decades, and see glimpses of where it’s heading, all while enjoying a modern and contemporary art museum. One thing you won’t learn, of course, is Campari’s secret recipe. “Still only two people in the company know the recipe,” Dusi says. “And no” – she adds with a laugh – “I’m not one of them!”

The Galleria is open to the public, but not for walk ins. You can schedule a free guided tour in advance to check out the exhibits and take in some of that great Campari history, before heading back to Milan in time for aperitivo hour, and grabbing a spritz, Sbagliato or Americano, or whichever Campari libation may be of your choosing.[/vc_column_text][/vc_column_inner][vc_column_inner width=”1/4″][/vc_column_inner][/vc_row_inner][/vc_column][/vc_row][vc_row full_width=”stretch_row_content”][vc_column][vc_raw_html]JTNDc3R5bGUlM0UuZW1iZWQtY29udGFpbmVyJTIwJTdCJTIwcG9zaXRpb24lM0ElMjByZWxhdGl2ZSUzQiUyMHBhZGRpbmctYm90dG9tJTNBJTIwNTYuMjUlMjUlM0IlMjBoZWlnaHQlM0ElMjAwJTNCJTIwb3ZlcmZsb3clM0ElMjBoaWRkZW4lM0IlMjBtYXgtd2lkdGglM0ElMjAxMDAlMjUlM0IlMjAlN0QlMjAuZW1iZWQtY29udGFpbmVyJTIwaWZyYW1lJTJDJTIwLmVtYmVkLWNvbnRhaW5lciUyMG9iamVjdCUyQyUyMC5lbWJlZC1jb250YWluZXIlMjBlbWJlZCUyMCU3QiUyMHBvc2l0aW9uJTNBJTIwYWJzb2x1dGUlM0IlMjB0b3AlM0ElMjAwJTNCJTIwbGVmdCUzQSUyMDAlM0IlMjB3aWR0aCUzQSUyMDEwMCUyNSUzQiUyMGhlaWdodCUzQSUyMDEwMCUyNSUzQiUyMCU3RCUzQyUyRnN0eWxlJTNFJTNDZGl2JTIwY2xhc3MlM0QlMjdlbWJlZC1jb250YWluZXIlMjclM0UlM0NpZnJhbWUlMjBzcmMlM0QlMjdodHRwcyUzQSUyRiUyRnd3dy55b3V0dWJlLmNvbSUyRmVtYmVkJTJGJTJGdWJlNVVRMDcwUmslMjclMjBmcmFtZWJvcmRlciUzRCUyNzAlMjclMjBhbGxvd2Z1bGxzY3JlZW4lM0UlM0MlMkZpZnJhbWUlM0UlM0MlMkZkaXYlM0U=[/vc_raw_html][/vc_column][/vc_row] 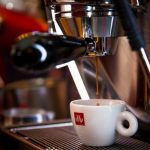 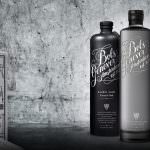