Are you a wine lover just like me? Then you are in the right place…keep reading to find out all about the best wines of 2018.

On November 16, 2017, the world’s favorite wines were revealed to the public by the International Wine and Spirit Competition (IWSC), where the contest aims to reward and promote the world’s finest wines, spirits, and liqueurs.

The IWSC stands out among the other competitions for various reasons

According to the incredible results released by the judges of the IWSC, the winner is a “high altitude” Malbec, produced at an incredible 1,020 meters above sea level.

The Viniterra Single Vineyard Malbec, 2015 has been officially announced to be the best Malbec in the world and it has also been awarded with the Malbec Trophy which symbolizes high quality and excellence.

The IWSC stands out among the other competitions for various reasons, one of which is the professionalism and the reputation of its judging process. Panels are made up of the top experts in the industry including Master Distillers, Masters of Wine, wine and spirit buyers, sommeliers, WSET-qualified educators, and respected wine and spirit journalists. Every single wine and spirit is blind tasted and assessed on its own merit within the context of its class.

This deep red color with purple hues combines notes of red fruits (like ripe plums and cherries with notes of vanilla and dried fruits), herbs, and sweet spices and a glimpse of a new oak. Very upfront palate. It’s warm, dry, and elegant, and whilst enjoyable now, there’s some ways to go to yield its full potential.

Wine lovers are pouring more and more glasses of wines produced at extremely high altitudes. The 2017 reports have shown the growing trends toward these types of wine and the reason is simple…

“There has definitely been a shift toward wineries including specific regional labeling on their bottles in a move to emphasize altitude, as consumer interest and awareness of these exceptional wines increases. This year’s South American and Mexican results show the mark that these prestigious wineries are making on a national, and international, scale, proving a cut above many others within their own category, and the competition as a whole” says Pip Mortimer, senior tasting manager at IWSC

The Viniterra Single Vineyard Malbec 2015 is a “vineyard in the clouds,” producing wines of exceptional flavors. The unique taste is attributed to the ripening process of the grapes exposed to intense sunlight and atmospheric agents. Winemakers have long recognized the benefits of altitude. But what exactly does “high elevation” mean when it comes to finished wine?

The dramatic shifts of temperatures and higher solar radiation at high altitudes causes grapes to develop deeper pigment concentration, just like getting a tan in the form of a thick, tough grape skin essential for making a wine age-worthy.

And Now a Bit of History about Malbec

Wines of “Terroir” Viniterra Winery “Wines of Terroir” was founded by Adriano Senetiner in 1997, a well-known enologist with over 50 years of experience in the wine–spirits industry.

Villa Rosa is the name of the vineyard located in Agrelo–Luján de Cuyo at 1.020 meters above sea level (3.346 ft), at the foot of the Andes Mountains, usually referred to as the “birthplace of Malbec.”

At Villa Rosa, they produce and cultivate a wide range of vibrant grapes but most of all they believe in discipline and hard work…even though the environmental conditions are favorable to their cultivation. Adriano believes that when there is the perfect combination of soil, climate, training, and pruning there is high-quality wine. 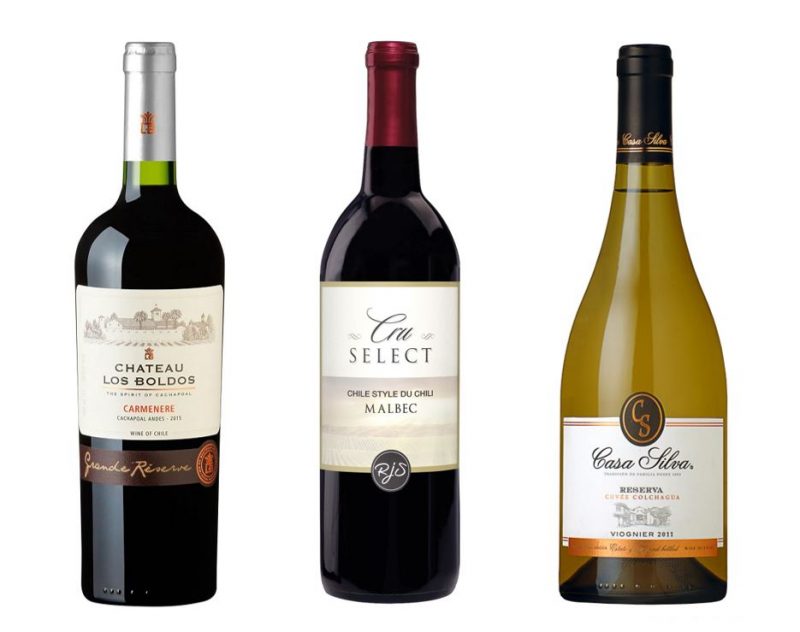 The vineyard offers a wide range of products such as oak fully aged wines and sparkling wines. They want to keep and preserve the unique taste that characterizes the wines of this area…some examples are the Carménère, Pinot Noir, Pinot Grigio, and Viognier along with the embraced Malbec, Chardonnay, and Cabernet Sauvignon, among others.

Argentina is the fifth biggest producer of wine in the entire world since the 1600s. But how did everything begin? In the late 1800s, Governor of Mendoza Domingo Faustino Sarmiento commissioned the French agronomist and wine expert Miguel Pouget to import some of the grapevine cuttings from France. The vines that Miguel Pouget brought to Argentina were the very first Malbec vines to be ever planted in the country. The plant adapted so well to the new climate and to the territory of Mendoza that it rapidly spread everywhere along with some help from Argentine winemakers which have contributed toward the improvement of the Malbec and winemaking development in general.

A popular legend tells us that Italian wine pioneer Roberto Cipresso was sent to inspect several vineyards to buy for a project with a group of family friends from Argentina. After checking out various vineyards at Uco Valley and Luján de Cuyo, Mr. Cipresso came across an abandoned vineyard in Mendoza, which was about to be demolished the next day to make some space to grow some new plants. After tasting a berry, he immediately called his manager to announce to him that he had found the right vineyard to invest his money in. Roberto paid him right the way, without hesitation, so that he could start the project immediately. Fifteen years later, this vineyard is one of the most famous in the world, producing, importing, and exporting the most expensive wines in Argentina.

By restricting the irrigation system the Vineyard managers started to produce less grapes but of exceptional quality. Drainage makes it a struggle for survival and means that all energy in these vines is preserved to produce fewer grapes but of very high quality.