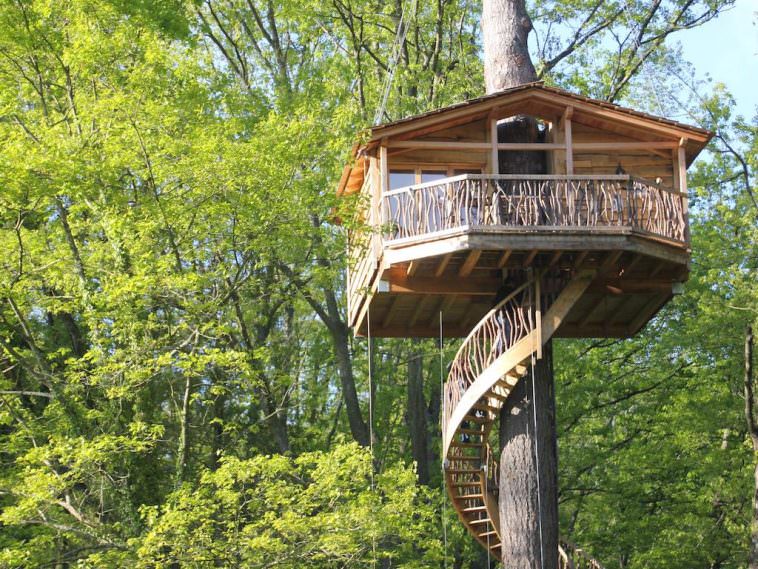 The seductive qualities of a treehouse are hard to deny: privacy, proximity to nature while being sheltered by it, and the lovely views afforded by arboreal elevation. If you want one or have one, you’re in good and famous (as well as infamous) company. Offhand, you might not think Winston Churchill and Caligula had much in common, but both shared a taste for treehouse residences. From times long gone by to the present day, it’s clear the need to escape the stress and limitations of life at earth level crosses all political, economic, time, and soul lines.

If getting on a plane isn’t part of your plans anytime soon, you can still join the 20-foot-high club (or 40 foot) by ascending a ladder to an oak- or magnolia-rendered refuge and sanctuary. Today, the call of the wild (albeit decked out and furnished for the ultimate in comfort and aesthetics) beckons more compellingly than ever as an opportunity to escape the crowding, micro surveillance, and endless plugged-in-ness that technology has imposed on our lives.

and up. It reminds me of an earthbound bark-upholstered yurt. Luxury treehouse hotels, as do homes, offer many built-in amenities including Jacuzzis, decks, fireplaces, and sliding door balconies. Rates and offerings vary widely on airbnb.com.

Call of the Glamorous Wild

A treehouse located between two national parks in Australia rents out for $730 dollars a night. Along with its own fireplace, the gorgeous property offers its own spa complete with an adjacent waterfall. Whether by necessity or choice, treehouse living is threaded throughout world history and time; treehouse communities have existed for thousands of years. The lifestyle evolved as a way for those in inhospitable, flood-prone climates to continue to make a home. Southeast Asian and South Pacific tribes number heavily among early adopters. During the Renaissance in the 16th and 17th centuries, treehouses were popular with the wealthy and royalty, and those with prestige and means revisited the treehouse as a rustic status symbol gilded with luxe. The Medici family in Italy had one of marble and Queen Elizabeth I is believed to have eaten a meal in a linden tree.

Treehouses and treehouse hotels range from simple and charmingly compact sustainable homes to lavish multi-level palatial sprawls with observation decks, multiple levels, and castle-esque roofing. Skyward-reaching hotel properties, or “treesorts,” have been proliferating for decades to stunning and sustainable effect from New Zealand to New England to Portugal.

Whether castle-top roof designs or chalet-style treehouses in Maine, the branch and limb height and strength of individual trees and their unique configuration should strongly determine a treehouse’s ultimate outcome by designing it to work with the natural elements already present. Arborist Jonathan Fairoaks, the founder of Living Tree, LLC, says, “Let the treehouse build the tree.”

The Cedar Creek Treehouse in Ashford, Washington, a treehouse hotel, is five stories above the forest floor. Constructed in a 250-year-old Western red cedar, it’s operated as a one-room hotel since 1995 and is an expression of the work with nature being principal. The building tree’s trunk and branches are flowed through the property’s rooms to complement the views of Mount Rainier. A 360-degree viewing platform 100 feet high is another salient feature.

The Treehouse Mahal built by John Lionheart in Berkeley, California, is a stunning nod to the actual

monolith in India, built from a 60-year-old magnolia tree. To say the builder didn’t skimp on details is putting it mildly; the carved tribute home beckons with a winding staircase, rope climb, and brass fireman’s pole while also featuring a view of the Golden Gate Bridge. In Brazil, on the Paranapanema River banks of Paraná, renowned treehouse builder Ricardo Brunelli of Casa na Árvore made a hexagon-shaped home in a fig tree spanning four and a half feet wide equipped with its own lookout tower. The midsection of the house is over 65 feet high. He also designed a remote-controlled drawbridge to prevent the family’s dogs from escaping into the woods and encountering foxes, rattlesnakes, and other predators.

Feeling the urge to sip Champagne and unwind branch side? Then you’re emotionally connecting with the men and women of 1850s suburban Paris who enjoyed fine dining on chicken and Champagne high up in a chestnut treehouse designed by an innkeeper inspired by Robinson Crusoe.

France’s expanding railway system made leisure day travel much more readily accessible, and Le Grand Robinson became the arboreal equivalent of the Studio 54 of its era. Diners received their food via baskets hoisted up the tree using a rope pulley system. But exertion came before pleasure—customers had to climb a steep spiral staircase to reach the restaurant structure.

A Taste of France in the Woods

Circa 2017 A.D., Le Vrai Arbre de Robinson’s low-key elegant counterpart is the Perching Bar in the Champagneregion of France. Located approximately an hour outside of Paris in the regional national park of the Montagne de Reims in the Parc Arboxygène, this rugged and modern Champagne treehouse bar with delicately beautiful deck views offers fine selections from large and small producers—Mumm, Bollinger, and Simonet among them. A glass is included with the €15 admission fee. Powered by solar panels, a footbridge leads to the bar which is distinctively punctuated by an enormous oak that comes through the ceiling and plunges through the middle of the floor

A lovely merging of spirits and scenery, this is where vantage (point) meets vintage. White plastic seats suspended from the ceiling with white ropes offer casual seating for visitors with similarly appointed silver buckets for convenient access to drinks. Decks and patios allow patrons to look out into the surrounding forest. Reservations are required ([email protected] ). Across the world, there’s the Treehouse Bar in Koh Phangan, Thailand, which serves an array of drinks and food. 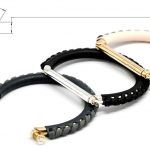