Considered to be the world’s leading art, antique, and design fair, The European Fine Art Fair (TEFAF) is the place to be for those involved with these creative crafts. This fair is held three times a year, covering two continents and attracting legions of artists, experts, and enthusiasts from around the world.

In 2016, TEFAF held its first fair in the United States and in the future will be staging two annually, one in the spring and one in the fall. But next up for the TEFAF is the annual fair in March, which will be staged in the Netherlands.

TEFAF is organized by the European Fine Art Foundation and has been held at least once a year since 1988. It attracts close to 100,000 visitors every year, and it runs for a total of 10 days.

The goal of TEFAF is to provide a showcase for some of the best art in the world, presented by over 250 of the world’s most celebrated art galleries. This showcase includes categories such as old master paintings, works of art, contemporary art, works on paper, twentieth-century design, and jewelry, among others.

As well as a showcase for the best art, it’s also a platform through which dealers can sell, and traders can buy. More than 200 dealers visit the fair every year, showing pieces that are valued anywhere from thousands to millions of euros. At the 2015 TEFAF, a total of 266 dealers showcased art worth over 4 billion euros!

The TEFAF Difference
One of the things that make TEFAF so well regarded is the effort put into authenticating every piece in the show. As a result, buyers are guaranteed peace of mind when making a purchase, something that isn’t always available in the world of fine art. This is what attracts many wealthy buyers to the fair, most of whom fly in specifically for the event, arriving on private helicopters and planes to splash millions on the world’s finest art.

Regular visitors to the fair include Middle Eastern billionaires, leading politicians, and A-list celebrities such as Brad Pitt and Kanye West, who appeared on the guest list at previous fairs.

If you want to visit as a buyer or simply an art lover, you can buy tickets online, along with TEFAF catalogs.

Previous Pieces Shown at TEFAF
There is a wealth of fine art to see at each TEFAF: from ancient antiques to the finest modern jewelry, to hundreds of millions of euros worth of paintings. To give you a taste of what you can expect to see this March, here are some of the pieces that were shown at the New York event in 2016:

James I Silver Tankard: Described as the “only fully marked James I object” left in the world, this piece has been dated to as far back as 1620 and was presented by a New York antique-silver specialist. One of the rarest tankards in existence, this piece days back to the time of William Shakespeare and Sir Francis Bacon.

Courbet, La Liberte: Gustave Courbet was a French painter credited with leading the Realist movement in the nineteenth century. One of his sculptures was presented during the New York fair and is believed to have been cast after Courbet exiled himself to Switzerland, just a few years before his death in 1877. This bronze bust was of Liberty striking a proud pose.

Wallace Chan: One of the most anticipated presentations during the October 2016 New York event was from Wallace Chan, an artisan jewelry maker based in Hong Kong. Chan is best known for carving intricate designs within gemstones, a technique seen in a pair of bejeweled brooches that were shown at the fair.

Johan Tobias Sergel: As mentioned above, a lot of money is exchanged during TEFAF. In October 2016 a neoclassical sculpture titled A Nymph and a Satyr Crowned by Cupid (circa 1770–1780), created by Swedish artist Johan Tobias Sergel while he was Paris, sold for $200,000.

Edward Hopper: Another big sale came when dealer Bernard Goldberg reportedly received more than $1 million for an Edward Hopper piece titled Portrait of Guy Pene du Bois, which is believed to have been created in 1904.

Welcome to Maastricht
TEFAF will be staged from March 16–24, 2019 at the Maastricht Exhibition and Congress Center (MECC) in the Netherlands. MECC is located in the picturesque city of Maastricht, known not only for hosting TEFAF, but also playing host to several other festivals and events and home of several popular museums.

At the Museum aan het Vrijthof, for instance, you can see work from some of the best Dutch and Flemish painters in history, including Nicolaes Berchem and Egbert van der Poel. At the Bonnefantenmuseum, which was founded in 1884, you’ll find work by fifteenth- and sixteenth-century Italian greats, as well as a number of Dutch artists.

This city of fewer than 200,000 residents also has a lot of ancient architecture to enjoy, as well as all of the amenities common in a modern, culturally significant city. Maastricht is considered to be the birthplace of the European Union and the euro, and it’s also home to some of the most beautiful parks in the country.

So, while TEFAF might be the main reason for your visit, it shouldn’t be the only one. 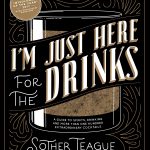