Sailing on board a Tall Ship has to be one of life’s most exhilarating and challenging experiences, with the annual Tall Ship Races providing the ultimate in  seafaring adventures, says Rowena Marella-Daw. 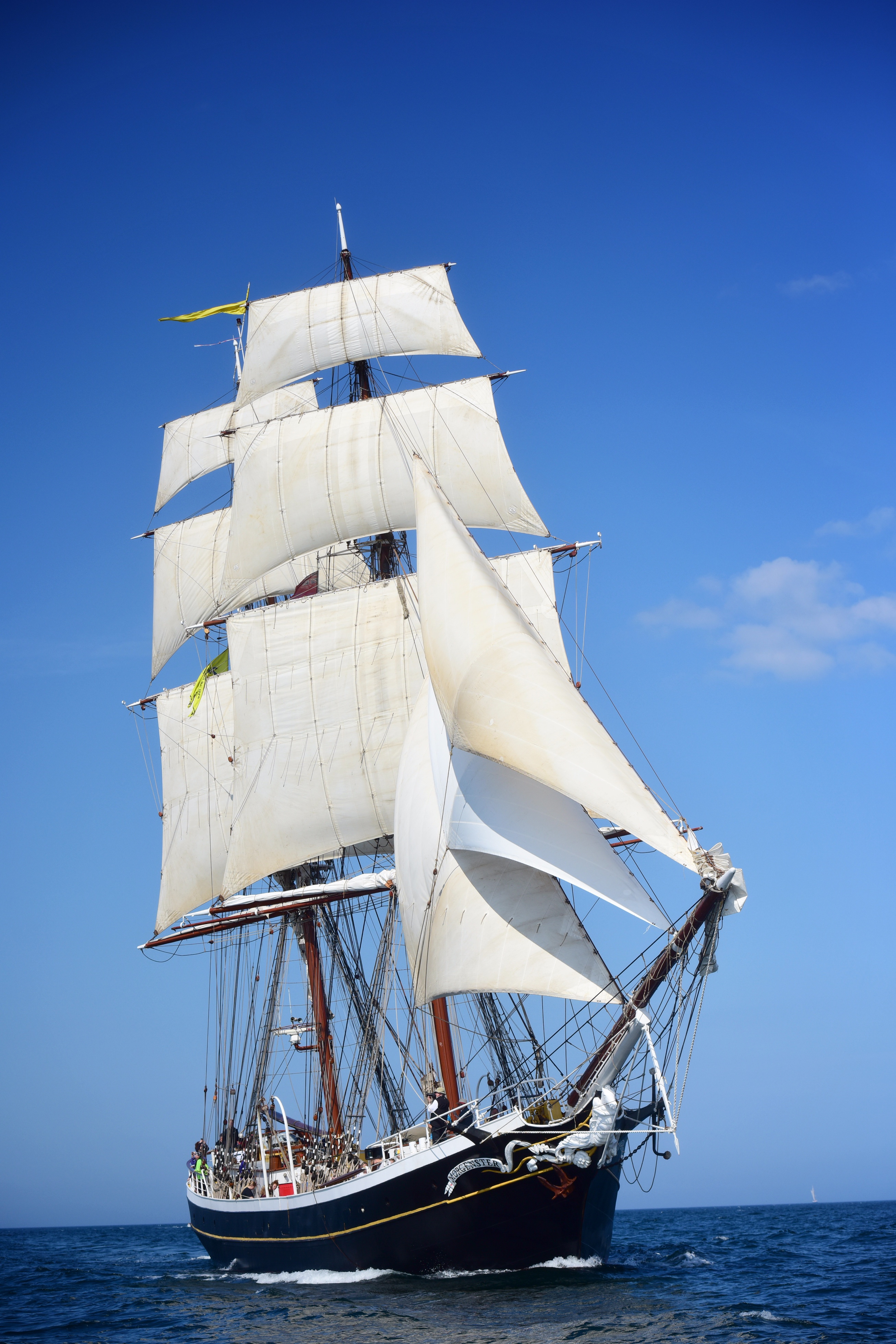 “The sea, once it casts its spell, holds one in its net of wonder forever.” These words from French explorer Jacques Yves Cousteau couldn’t be more true, especially when sailing on board a Tall Ship, its towering sails billowing at the whim of the mighty winds. These spellbinding journeys hark back to the days of adventure and discovery, when navigators and seafarers braved the treacherous seas.

The golden days of Tall Ship voyages to uncharted lands are long gone, but the spirit of adventure unique to sailing on these magnificent vessels lives on, thanks to knowledge and traditions passed down over the centuries. These skills are put to the test during the Tall Ship Races, a prestigious sailing event held annually on European waters by Sail Training International.

The Tall Ships Races have been cruising along for 60 years, upholding the tradition while passing on vital navigation and sailing skills to the younger generation. This rare experience provides trainees aged between 15 and 25 with an opportunity not just to learn the ropes, but also develop essential life, survival, and teamwork skills during an unforgettable, life-changing adventure. 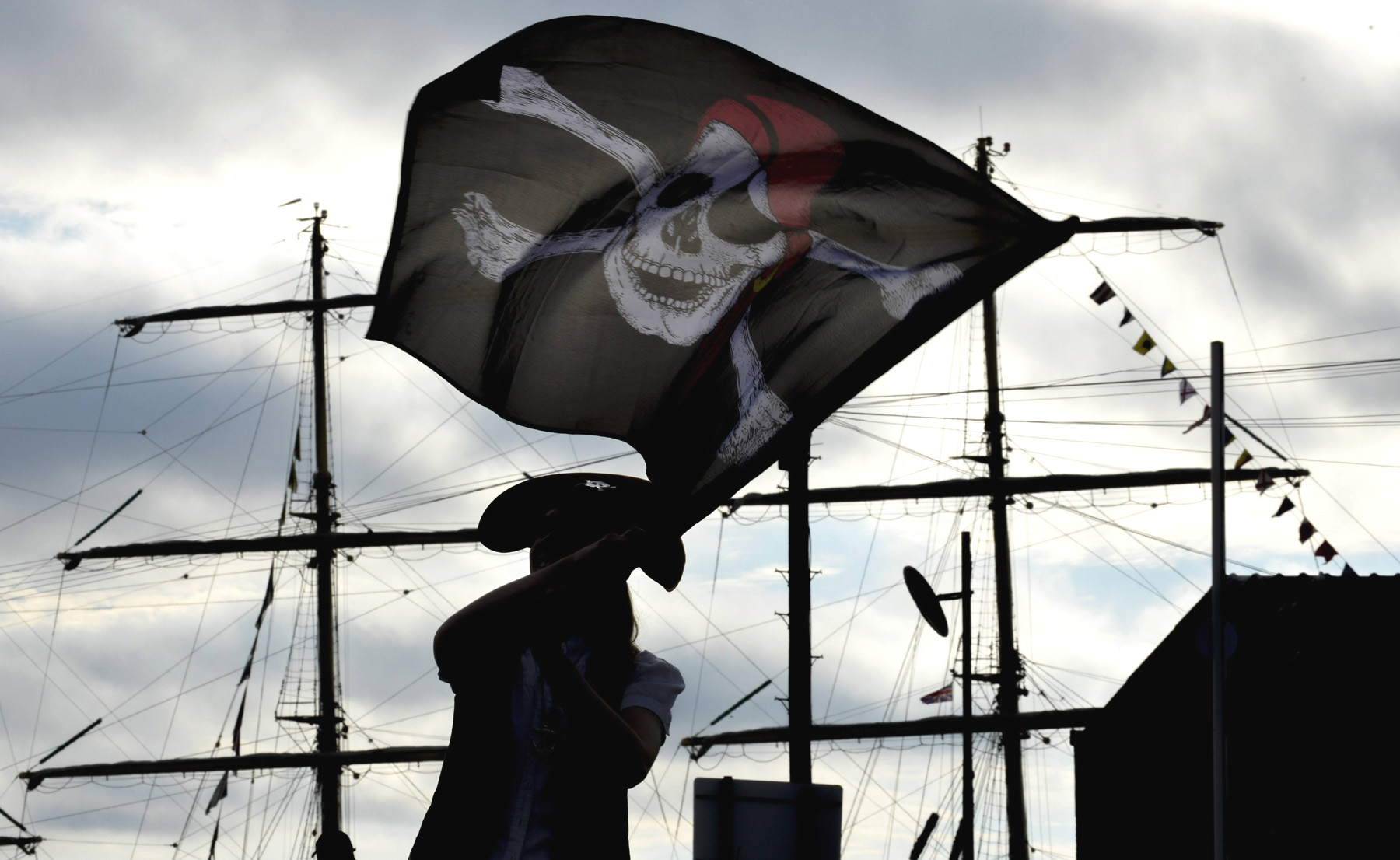 This spectacular annual event has grown in popularity over the years, and the number of participating vessels of all sizes from over 30 countries has also increased. Typically, Tall Ships taking part in the races represent four classes, the largest of which are the Class As, comprising brigs, barques, and ship-rigged types measuring at least 40 meters LOA (length overall), down to the smallest or Class Ds, such as ketches, schooners, and sloops.

Traditionally, four port cities each play host to four-day celebrations to welcome the Tall Ships and their crews, and days later to bid them farewell. An exciting festival program includes all manner of cultural activities—from concerts, dance performances, and circus acts to amusement park rides and fireworks displays, with the highlights being the awards ceremonies, crew parade, and the Parade of Sail. 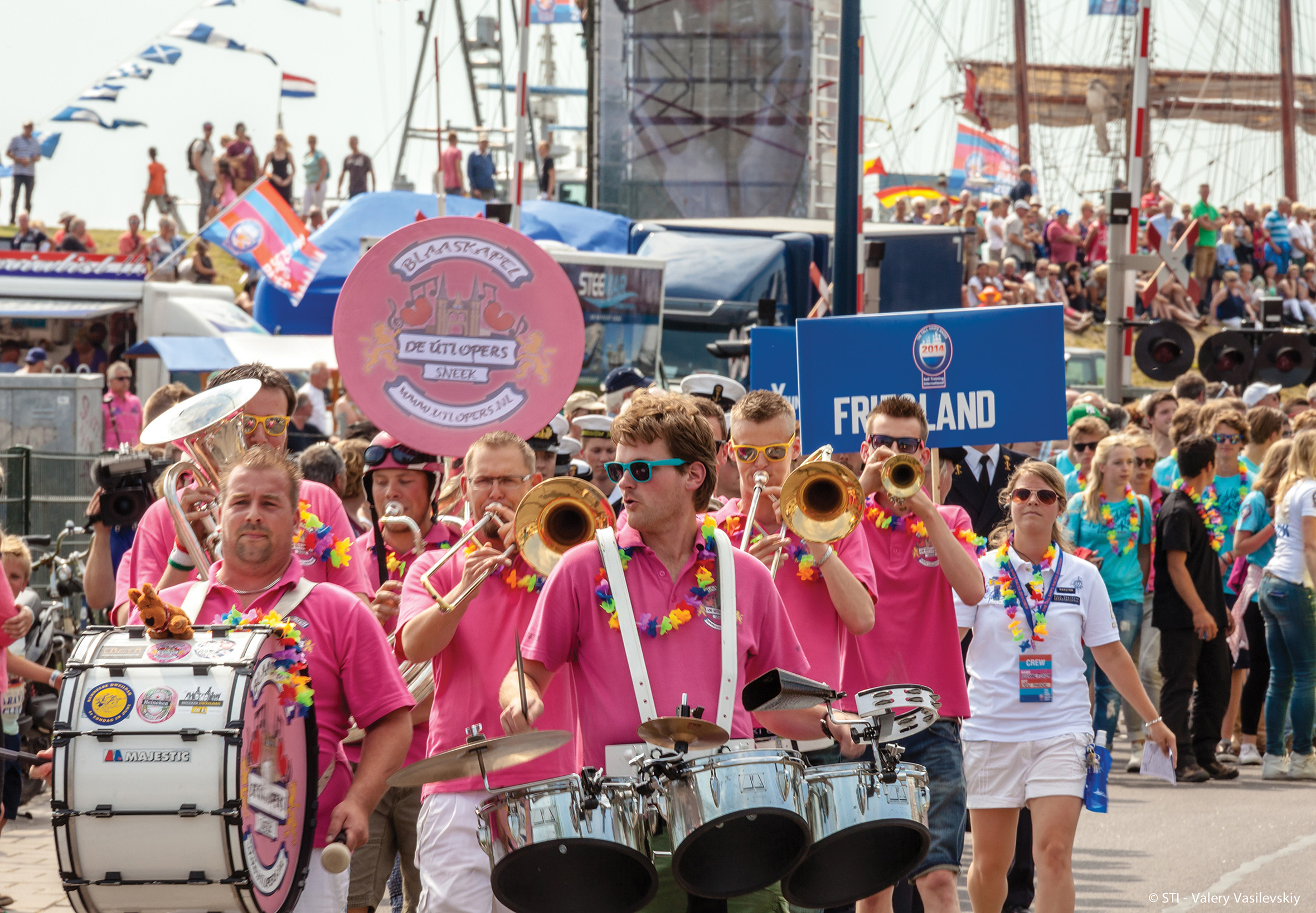 This year’s races kicked off at Sunderland’s bustling harbor in the northeast of England, where a total of 53 Tall Ships showed off their elegant sails and navigating prowess. The first leg of the race headed for Esbjerg, Denmark, then all ships sailed in cruise-in-company style toward Stavanger, Norway. Cruise-in-company is the noncompetitive stage that allows crews time to relax, get acquainted, and take in the stunning seascapes at leisure, before embarking on the second and final leg from Stavanger to Harlingen in the Netherlands. All in all, the races covered over one thousand nautical miles.

Sunderland: Each host port has its own character and maritime heritage, and Sunderland, located in England’s northeast, is no exception. It was once the largest shipbuilding town in the world, and is now a busy port with a bustling town center. This ancient coastal city also boasts a multi-award-winning coastline comprising the Seaburn and Roker beaches next door to the port along the mouth of the River Wear.

In 2017, Sunderland celebrated its 300th anniversary as a community with a shipbuilding history that goes back to the 1300s. Its maritime history, harbor, and excellent facilities make it a fitting starting point for the Tall Ships Races, which it hosted for the very first time this year with great success. Sunderland also makes an ideal base from which to explore the sweeping beaches of Northumberland, the Northumberland National Park, the Pennines, Hadrian’s Wall, and the jewel in the region’s crown—the imposing Bamburgh Castle.

Esbjerg: Esbjerg is Denmark’s largest port by area and was the country’s largest fishing port until 2000. The town is home to universities, sports facilities, and museums, most notably the Fisheries and Maritime Museum. Esbjerg hosted the 2014 races and once again played host this year, welcoming the vessels and crews with a four-day festival. From here, the vessels embarked on a cruise-in-company sailing toward Stavanger in Norway.

Stavanger: Stavenger is no stranger to Tall Ships, having played host to the races for the fourth time this year. Set on the southwestern coast of Norway, this progressive port city is within close proximity to beaches and Preikestolen, or Pulpit Rock, a world-famous vertiginous spot for viewing Lysefjord down below. Stavanger is also a university city, which explains its vibrant atmosphere, while Old Stavenger’s cobbled streets on the west side of Vågen are lined with 173 well-preserved white wooden houses built at the turn of the 18th century. Galleries and boutique shops aside, the Stavanger Maritime Museum, Norwegian Petroleum Museum, and the Norwegian Canning Museum provide a fascinating glimpse into the city’s nautical and industrial history.

Harlingen: One of the oldest seaports in the Netherlands, Harlingen is a charming coastal city in the northern coastal province of Friesland. The city dates back to 1234 and is today a buzzing harbor set among historic warehouses and traditional Dutch buildings. The port city first hosted the Tall Ships Races in 2014 and won a trophy for recruiting a total of 337 sailing trainees, the highest on record in the history of the races. This year it hosted the final destination of the race, culminating in a four-day celebration.

Several of the Tall Ships that take part in the races have been around for decades, and one of the oldest wooden vessels in this year’s event is Dyrafjeld (Class B), built in Norway in 1890, and lovingly restored by the current owner to its former glory. Another beauty is Atyla, its hull handmade in Spain between 1980 and 1984 for the purpose of circumnavigating the world by following the Magellan–Elcano route. While it never made the journey, its craftsmanship is a legacy for future generations to appreciate and preserve.

Earl of Pembroke, a British Class A three-masted barque, is another fine wooden vessel built in 1945 using only traditional methods. She is reminiscent of the famous Endeavour, the ship Captain Cook sailed on when he discovered Australia in 1770.

One of the more remarkable Class B vessels is Jolie Brise, a gaff-rigged pilot cutter built in 1913. What she lacks in size she makes up for in speed, having been a three-time overall winner in the Fastnet Race and winner of the Tall Ships Races on five occasions. She was the last vessel to transport the Royal Mail under sail, and has since sailed far and wide, including venturing inside the Arctic Circle.

While carrying on the traditions of rig structure and design, some Tall Ships benefit from 21st-century technology using satellite communication systems, electronic charts, and lifesaving rafts, and a great example of this is Alexander Von Humboldt II, a traditional barque rig built in Germany in 2011.

And for their sheer beauty and elegance, Morgenster, a Class A Dutch brig built in 1919, is a stunner, and so is the Santa Maria Manuela, a Portuguese four-masted schooner built in 1937. When not training future sailors, the Santa Maria takes passengers on whale watching, diving, bird-watching, sailing, and astronomy adventures.

Winning the Tall Ships Races is down to several factors, and according to Paul Bishop, Head of Race Directorate at Sail Training International, “A motivated, well-trained crew and teamwork are particularly important, and so are good tactics from the captain and navigator, as well as skills in helming [steering] and sail setting.”

Regardless of size, each ship has a fair chance of winning the race, based on Sail Training International’s unique and sophisticated Rule of Rating, which calculates results based on corrected time. “The shortest route for the races and the cruise-in-company is 1,070 nautical miles, and this includes the transits to and from the start and finish lines. Most vessels will have sailed over 1,200 nautical miles as sailing ships cannot sail directly into the wind when it is from straight ahead and need to tack [zigzag] into it,” Paul explains.

The overall winners of this year’s Tall Ships Races are MIR (Class A), Jolie Brise (Class B), Hosanna (Class C), and Tuulelind (Class D). MIR is Russian for “peace,” and this square-rigged vessel was built in 1987 with 26 sails, although her rigging angle was altered to enable her to sail closer to the wind.

Next year’s races will no doubt be a much-anticipated major sailing event, with the first leg starting in Aalborg, Denmark, and finishing in Fredrikstad, Norway. This will be followed by a cruise-in-company along the Norwegian coast toward Bergen, a UNESCO World Heritage city. From here the second and final leg will head for Aarhus, Denmark.

There’s no doubt the extraordinary experience of sailing on a Tall Ship brings with it sea changes unlike any other. For many, it’s a dream come true, a challenge fulfilled, the beginning of lasting friendships, and a lesson in life. Ship ahoy!

Through Sail Training International, young people can get involved and learn sailing skills during the Tall Ships Races. Placements are available on a variety of vessels taking part on all legs of the race, and no prior experience is required. 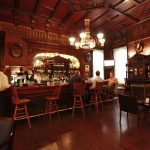