Search
Menu
Follow us
Search
Tales of the Cocktail

On July 18, 2017, more than 20,000 spirits enthusiasts and professionals will descend on New Orleans for Tales of the Cocktail, six days of more than 300 tastings, spirited meals, seminars, and awards events.

Since New Orleans native Ann Tuennerman launched Tales of the Cocktail in 2002, it’s grown into an international phenomenon. At its heart is Tuennerman’s non-profit, the New Orleans Culinary and Cultural Preservation Society (NOCCPS), which is committed to preserving the city’s unique and historic cocktail culture, as well as providing education and scholarships for career bartenders on a global level.

In addition to Tales of the Cocktail, the NOCCPS produces other local events, as well as Tales on Tour, in cities such as Mexico City and Edinburgh, Scotland. Tuennerman travels up to 10 weeks a year but always feels happy to return to New Orleans, where she says cocktails and joie de vivre are ingrained in the culture.

Every year brings a new roster of Tales presenters and topics. At this year’s 15th annual celebration, 68 spirits experts from 23 countries will share their knowledge with aficionados and industry insiders. In addition, social media, video streaming, the website and the app extend Tales’ outreach well beyond the French Quarter.

Today more than 360,000 people follow Tales through social media, 70 percent of them industry professionals, Tuennerman says. “Although Tales of the Cocktail began as an event, it’s grown to become substantially more than that,” Tuennerman says. “Engagement is an integral part of the bar world; after all, the original social network was arguably a bar.”

After Hurricane Katrina in 2005, Tuennerman liquidated her assets and borrowed more than $100,000 to grow her concept, which contributes substantially to the local economy. Today she emphasizes the values of acting on your ideas.

“Don’t wait, because nothing kills an idea like the slow passage of time,” she says.

Belief in oneself is key, she says, particularly for women. “There was a time when women weren’t even allowed in bars,” Tuennerman says, citing a Michigan law that banned women from tending bar unless they were related to the bar’s (male) owner. Such laws remained on the books until the 1970s, and even then change was slow, Tuennerman adds. “Yet, as the cocktail revolution bubbled up, barriers for women began coming down. Now the spirits industry recognizes talent regardless of gender.

In addition, Tuennerman notes women’s strides in the spirits industry at the executive level.

“The more we see women at the top, the better representations we’ll see in marketing, and the more it’ll trickle down to the bar level,” she says.

Among female consumers, Tuennerman sees women drinking whiskey. “Women have expanded their tastes beyond the cosmopolitans and appletinis of the late 1990s and early 2000s that were heavily marketed towards them,” she says. In turn, spirits companies have broadened their marketing to be more inclusive.

Tales of the Cocktail has hosted seminars on old and collectible spirits. “The craft cocktail movement started as a movement to get back to the basics, digging up old recipes and techniques—and then putting a new spin on them,” Tuennerman says. “So it makes sense that people are interested in older spirits.” She recently tried a Vieux Carré made with vintage spirits from the 1950s. “It was unlike anything I’d tasted before.”

As storied as New Orleans itself, the Sazerac cocktail dates to about 1850, when Sewell T. Taylor began importing a Cognac by the same name. Another local, Aaron Bird, renamed his bar Sazerac House, where the house specialty featured the Cognac and bitters made by local pharmacist Antoine Amédé Peychaud. Today, however, most bartenders use rye or Bourbon in place of Cognac. A dash of pastis distinguishes the Sazerac from other brown-spirits concoctions by giving it a whiff of anise. Herbsaint is the local favorite, but any pastis or absinthe works. (Just not too much.)

Thanks in part to the lobbying efforts of Ann Tuennerman, the Louisiana State Legislature designated the Sazerac the official cocktail of New Orleans in 2008. “The Sazerac is like New Orleans in a way: It might not be for everyone, but those who love it will defend it to their death”. Tuennerman says she doesn’t even make them at home, because no matter where you are in New Orleans, you’re always near a great bar.

Fill an old-fashioned glass with ice to chill. In a second glass, muddle a sugar cube with 3 to 6 dashes of Peychaud’s bitters. Add 2 ounces of Bourbon or rye whiskey (or alternatively Cognac) and stir. Discard the ice from the chilled glass, and swirl about ¼ ounce of pastis in it. Coat the inside well, then discard the rest. Pour in the whiskey mixture from the second glass. Use a peeler to make a lemon twist with no fruit, and twist it over the drink to release its essence. Whether or not to drop in the twist is widely debated, so try it both ways and tell us your verdict.

New Orleans has no shortage of superb places to eat, drink and hang your hat. Here are few restaurants and hotels in the famed French Quarter and beyond, all with not-to-be-missed bars. 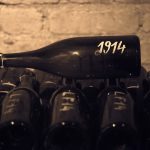 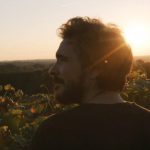