It seems like just yesterday that the international spirits world had discovered the wonders of one of Tequila’s close agave cousins, Mezcal. Its distinctive smoky punch is immediately recognizable, making it an overnight irreplaceable staple the world over.

The most original of Sotols play in dangerous grounds: think snake venom and raw beef steak

But for the keenest of Mexican spirit followers, and perhaps the observant and curious spirits enthusiasts, a new name may have caught the eye as it slowly sneaks its way onto the more specialty of bar shelves: Sotol.

What is this new neighbor on the agave shelf? Is this the new Mezcal? The new Tequila? 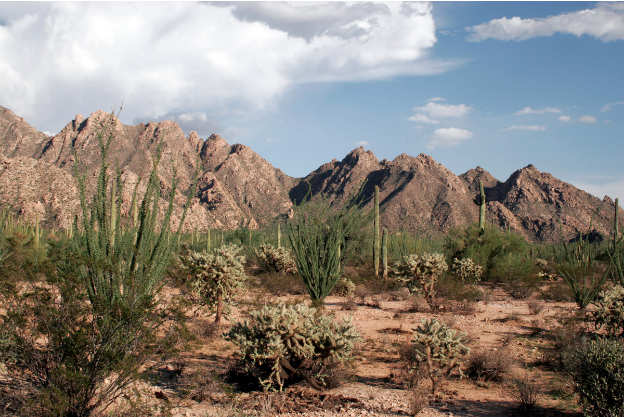 Solot hails from the regions of Coahuila, Durango, and, most famously, Chihuahua. While the official regions of origin are in these areas (much like how Tequila can only come from Jalisco), the plant base behind Sotol can be found in the United States across Texas, Arizona, and New Mexico, with an unofficial relative to Sotol distilled in Oaxaca. Just like most other spirits and wines, the tasting notes and profiles can vary greatly depending on the growing environment—even from one plant to the next.

On the note of Sotol’s plant base, it’s often thought to be yet another agave-based spirit (as it was actually understood to be as a fact until the 1990s). But of course, it can’t be quite so simple. The plant used for Sotol is called dasylirion (or “desert spoon”), which belongs to the Nolinacea family instead of agave’s Asparagaceae family.

While most of what you can find outside of Mexico is straight, unflavored, or uninfused Sotol, much smaller, locally servicing producers will add sweet, rich flavors like cinnamon or raisins, and enjoy it as more of a dessert piece.

It usually takes 12–15 years for the wild dasylirion plant to mature enough for harvest, but it make take to up to as much as 20 years for proper maturity. Sotol can be made from any one of 16 different species or five varietals of this plant. Dasylirion must be wind-pollinated and wild-harvested, and thus by default is organically grown.

The dasylirion plant may visually be most closely identified as a sort of over-abundant aloe vera plant, with a denser spread and a pattern of semi-curled brown tendrils to complement it.

Like the agave plants of Tequila and Mezcal, the dasylirion features a “heart” in the center of it, which is the piece of the dasylirion that is harvested, cleaned, and roasted in aboveground ovens. After roasting this “heart,” it is then shredded and combined with water, at which point it begins its fermentation process. A double-column copper method is used for distillation, two to three rounds through. Following this, Sotol can either be bottled (unaged), or begin its aging process in oak barrels to achieve the desired maturity and flavor balance. An aged Sotol is usually called a plata or a puro, though sometimes they’ll be referred to reposados or anejos like Tequila. Usually, it takes about one dasylirion plant to produce one bottle of Sotol.

It make take to up to as much as twenty years for proper maturity of a dasylirion plant, all of which are wind-pollinated and wild-harvested

Tequila is bright, peppery, and spicy with a signature desert warmth, and features some more rounded edges as we venture into reposado territory. Mezcal, as we talked about earlier, has an infatuating smokiness amidst its fully formed liquid hug (yes, I may be biased—I love a good Mezcal more than most!)

So what can this third spirit, Sotol, bring to the table? While I may get into trouble for making this non-agave comparison to begin with—we need some point of reference!—it lies on the grassier end of the spectrum, and far closer to Tequila. While bright like Tequila, it’s far more floral than it is a peppery punch; its strengths lie in its herbaceous, vegetal characteristics. Sometimes, an ever-so-slight smokiness from its aboveground roasting can be detected in a nod to its other Mezcalean relative.

What to Get Your Hands On

While you may not be able to get one of the most original of Sotols, such as the ones featuring snake venom or raw beef-steak infusions like you can in Mexico itself (perhaps worth a trip?), the unflavored Sotol, still quite hard to find but attainable outside of Mexico, is definitely worth a tracking and tasting. Here are a few to track down.

Hacienda Tabalaopa, established in 1881, presents us with a beautifully large variety of original Sotols for comparative tasting. The offerings span its pure, unaged Sotol to a middle ground of two years, up to its five-year-aged, extra-anejo borne from new French white oak barrels and Champagne yeast.

Hacienda de Chihuahua also offers flavor variations as you may usually only find from the smaller, noncommercial producers, like the pecan and cream Crema Ultra Premium. And finally, for the most premium experience, Hacienda currently has a limited release of its Oro Puro, which is a two-year-old, single-barrel-aged Sotol infused with 24K-gold flakes. How can you go wrong with that?

Clande Aotol is actually a collective built by two entrepreneurs, which helps to get the smaller sotoleros’ products to market and bring visibility to the spirit overall—the profits go back into helping the producers keep up their crafts, and support environmental initiatives around the dasylirion plant behind it all. It currently offers some hard-to-find red, green, and yellow labels, each from a different environment, as well as a (blue label) Sotol and Mezcal blend. The latter is reminiscent of some older succulent distillation practices, where any desert succulents would be cooked together for collective fermentation (and a truly one-of-a-kind blend). 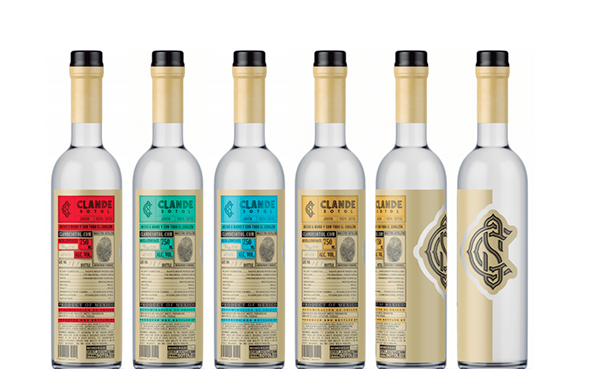 From the Sierra Madre mountains of Chihuahua comes a six-generation house of sotoleros. Wild yeast is used to ferment this Sotol in the open air, which is then double-distilled and features citrus and white flower notes with a hint of slate against a dry finish. A very subtle peppery smoke can also be detected.