Whether you’re looking for a fine Cognac, a full-bodied old world wine, or an aged whiskey, Sherry’s Wine & Spirits could have what you need. With thousands of bottles in stock and a promise to source and ship even the rarest of bottles within just 24 hours, this is a modern retailer with all the charm and sophistication of a historic brand.

Located on Connecticut Avenue in NW Washington, DC, Sherry’s Wines & Spirits sell stock out of their brick-and-mortar location, and they also ship across the state and across the country. Whatever you need, they can find it, they can ship it, and you can be drinking it within just a few days. That’s Sherry’s Wines & Spirits promise, and it’s a promise that has helped to make them one of the biggest and most popular wines, beer, and spirit retailers in the nation’s capital.

Like any quality purveyor of fine wines, beers, and spirits, the Sherry’s Wines & Spirits collection is a joy to behold. Collectors, investors, and drinkers alike will be amazed by their stock, and that’s the whole point. Sherry’s Wines & Spirits is for those who love drinking as much as those who love collecting. It is for the average consumer who is seeking to learn and experience, as much as the experienced consumer who is looking for something out of this world.

Sherry’s Wine & Spirits have over 2,000 wines in stock, a selection that is constantly growing and continuously being replenished. There are also around 1,000 different craft beers, both from local breweries and from those based overseas. You can sample a small batch creation from a producer that resides just a stone’s throw away, or you can enjoy the finest beers created by historical brands in Belgium, Germany, and Ireland.

In addition to this, Sherry’s Wine & Spirits also have over 1,000 spirits in stock, including a vast collection of Scotch, American and Irish whiskey, an assortment of fine collectible Cognacs, and much more.

We’re all about the finer things in life here at Old Liquors. We appreciate good booze, and we know how to spot it. As a result, we were more than happy to browse the online shelves of Sherry’s Wines & Spirits, coming up with these prime picks from their vast virtual collection:

The biggest name in bourbon collecting

Pappy Van Winkle Bourbon Reserve: The biggest name in bourbon collecting right now is Pappy Van Winkle, and if the experts are to be believed, this name could still be on the lips of collectors decades from now. This is the gold dust of distillers, and the 23-year-old Bourbon Reserve at Sherry’s Wines & Spirits is one of their most sought-after bottles. This is as good of a Kentucky bourbon as you will taste, produced via a unique distillation and nurtured to maturity by the kings of southern bourbon.

Rémy Martin Louis XIII: One of the rarest, oldest, and most prized Cognacs in the world, Louis XIII from Rémy Martin is a favorite of connoisseurs as well as collectors. This drink has been enjoyed by everyone from the richest collectors to kings, queens, and movie stars. Its fans include the Rocketman himself, Elton John, as well as fashion icon Christian Dior. Because of these fans and its history, you’re always in good company when you drink Louis XIII Cognac.

Johnnie Walker: This is one of those rare whisky brands that manages to create low-priced, bottom shelf favorites, while also producing some of the most expensive bottles in the world. The Johnnie Walker collection ranges from $15 to over $1,500, with presentation, unique aging, and special casks all helping to boost the quality and the price. At Sherry’s Wines & Spirits you’ll find many limited edition JW bottles, including Johnnie Walker Odyssey, which comes in at over $1,000 a bottle, and Johnnie Walker Blue Label, which is more reasonably priced and more widely available.

Penfolds—Grange Shiraz 2010: Given an astonishing 99 points by Wine Advocate, this extraordinary bottle may not have the oldest vintage. However, it contains one of the deepest and most complex reds you will ever taste. It consists primarily of Shiraz, with a marginal addition of Cabernet Sauvignon. It has been aged for 17 months in American oak and is said to be some of the best wine that South Australia has ever produced.

Pyrat Rum Cask 1623: Considered by rum experts to be one of the best rums on the market, this is an exceptional drink that is a step above the rest. It consists of 9 different rums, some of which have been aged for more than 40 years and all of which come from the Caribbean. This combination creates a strong, lingering taste that even the most consummate rum drinker won’t forget in a hurry.

Operations at Sherry’s Wine & Spirits are overseen by Ryan Wegman, who has the honorable title of “VP of Assets and Development.” Translated, this means that he’s the man tasked with sourcing and selling the fine liquors and wines that this store carries. And, with an extensive list of credentials, he’s clearly the right man for the job.

Behind the Scenes: Wegman is the Man

Wegman has managed two wine retailers, he was a wine buyer for Whole Foods, and he worked in the PR department of the French Wine Society. His knowledge of wine—from locally produced Californian favorites to classics from the heart of France and Italy— is unmatched, and this shows in the variety and quality on offer at Sherry’s Wine & Spirits.

To learn more about Wegman, about his favorite tipples, and about his work with Sherry’s Wines & Spirits, you can follow him on Twitter under the handle @WineboyWegman. Furthermore, he has written books on the subject of wine collecting and wine drinking, and he talks passionately about this topic during industry events.

If anyone can teach you all you need to know about wine, it’s Ryan Wegman. Moreover, if anyone can sell you the best wines from the best producers in the world, it’s Sherry’s Wine & Spirits. 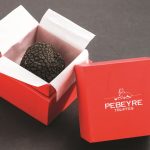