While ancient Arab alchemists fell short in their quests to turn lead into precious metal and discover the elixir of life, they may have come closer than they imagined. Their research contributed to the development of Armagnac, considered by many a liquid gold with properties that may actually extend life – or at least make living it more enjoyable.

Distillation, the common denominator of all brandy, was in use as many as 4,000 years ago or more when Egyptian chemists employed it to purify water and concentrate natural essences for medicines, lotions, perfumes, and cosmetics. A few hundred years after they distilled their last batch of Cleopatra’s eye shadow, Alexandrian Moors invented the alembic still and took it with them when they conquered the Iberian Peninsula in the 700s. Alcohol consumption is forbidden in Islam, but the Moors learned to distil wine during the second half of their 700-year occupation of Spain, using the aqua vitae for disinfectant and restorative purposes.

Inevitably, the Spanish Moors’ culture traversed the Pyrenees, and it was only a matter of time before intrepid winegrowers in Gascony subjected their vintages to distillation. Scientist and Arab scholar Arnaud de Villeneuve may have created the first version of the eau de vie that would become Armagnac in the 13th century, declaring it a cure for poisoning and chest congestion. Or it may have been Cardinal Vital Dufour around the same time. He was just as effusive in his praise of the concoction, finding 40 physical and emotional maladies for which the “water of life” should be prescribed. “It enlivens the spirit when partaken in moderation, recalls the past to memory, renders men joyous, preserves youth, and retards senility,” in addition to relieving kidney stones, gout, and even deafness and paralysis, he wrote.

The spirit remained a local indulgence in the landlocked region for the next 200 years, as transport to the nearest port at Bayonne was difficult. Bordeaux merchants, wary of competition from Gascony’s wines, forbade their transport via the Garonne River. With no roads or other navigable rivers by which to move the product, the Bordelaise protectionist policies effectively closed off Armagnac’s wines from the Dutch and English markets. To circumvent Bordeaux’s tactics and overcome the long, difficult journey to port, Armagnac’s winegrowers converted their wines into spirits through distillation and stored them in oak casks. Aging in the casks, traditionally made of old black oak as opposed to cognac’s white oak, lend Armagnac its rich golden caramelized color distinctive flavor.

Dutch merchants, who had used eau de vie to sanitize their onboard water supplies, finally began to commercialize Armagnac during the 17th century, using it to fortify and stabilize wines they shipped northward.

Traditional Armagnac is distinguished from cognac by its single, continuous distillation, a process begun in the early 19th century. The Verdier still, in use today, is portable and often is wheeled from vineyard to vineyard during harvest time. It is preferred for its ability to extract and hold the grapes’ essence and complexity. Around the same time, the still came into wide use, the river Baise was dredged and extended, making the movement to port much quicker and making Armagnac widely accessible.

Armagnac survived the phylloxera plague and began emerging from the shadow of its younger cousin Cognac to be appreciated for its own merits. Producers established strict guidelines for production, blending and aging. 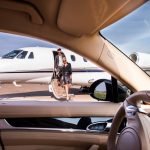