For a spirit made from sugar, rum has been a favorite concoction of the “old salts” of the world’s navies and merchant fleets for hundreds of years. By happy coincidence for British sailors, England captured Jamaica in 1655, just about the time rum was first being distilled in the Caribbean. Captains began allotting their shipmates rations of rum and lime juice. The juice warded off scurvy, and the alcohol killed the bacteria that often made the ships’ water supply questionable.

No self-respecting pirate ever actually sang, “Yo ho ho and a bottle of rum”

By the end of the century, thousands of sugarcane fields and processing factories could be found throughout the Caribbean, South America, and Mexico. Sadly, the booming industry formed an integral leg in the slave trade. European and American ships plied the waters of the Atlantic. They bought or captured slaves in Africa and sold them in the West Indies, where they bought molasses and sugar cane. They sold these products to processing plants and distilleries in New England, where they loaded up their ships with textiles, other manufactured goods, and rum. Returning across the Atlantic, traders sold the rum and other cargo to procure more slaves, renewing the “triangle trade.”

Less reputable “sailors” also took a liking to rum. Though no self-respecting pirate ever actually sang, “Yo ho ho and a bottle of rum,” the infamous Blackbeard knew the value of plentiful grog. “Rum all out. Our company somewhat sober….Rogues plotting. Talk of separation,” he wrote in his journal. “I captured a ship with a large amount of liquor aboard…so all things went well again.”

While Blackbeard and his fellow Buccaneers worried little about the amount of rum they consumed, the British Navy, which made rum rations official in 1731, started cutting its sailors allotment.

“The vice of drunkenness is but too visibly increasing in our mariners,”
observed Admiral Edward Vernon, as he ordered the daily half-pint ration diluted with a quart of water.

Rhum’s connection with the sea and sailors goes back to its very beginning. Originally cultivated in Papua New Guinea, sugarcane flourished throughout the sub-tropical climates of India, northern Africa, and the Mediterranean It found similar success after Christopher Columbus took samples with him to the New World in 1493. After extracting sugar crystals, processors were left with dark, sticky, unusable molasses.

Molasses was so worthless that sugar manufacturers fed it to slaves and livestock or dumped it into the ocean. Eventually, some molasses fermented in the humidity, just about the time the British Navy landed on Jamaica. French possessions in the Caribbean also cashed in on rum. In fact, it was a French clergyman, Jean Baptiste Labat, who perfected the distillation of sugar wine. By the early 1800s, however, the British produced rums of superior quality. They were the first to isolate the heart of the distillate, removing harmful methanol and unpalatable heads and tails. By the end of the century, France and some other European nations invested in domestic sugar beets. The strategy not only glutted world markets with sugar but also limited the amount of molasses available for rum producers in French colonies (beet sugar does not produce molasses). France’s possessions in the West Indies, notably Guadeloupe and Martinique, responded by creating rums directly from sugarcane juice, rather than processing the cane to obtain molasses. The shortcut liquor, rum Agricole, may have saved the islands’ rum industry. Demand for Caribbean rum increased with the onset of World War I. Soldiers required rum’s liquid courage to face another day in the trenches, and high-proof alcohol was required for bomb production.

During Prohibition in the United States (1920-1933) “rum runners” such as Bill McCoy smuggled rum from the Caribbean into Florida for distribution throughout the country. Known for never watering down his contraband, the bootlegger’s quality booze became known as “the real McCoy.” 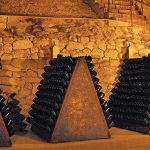 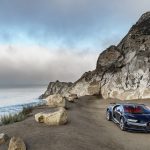