Molasses-based Rum, dark in color and syrupy sweet on the nose, is certainly popular for a reason; it exhibits a depth of flavor and is a rounded, balanced beauty to drink on its own or in a simple, carefully crafted cocktail.

A Rum that is peculiarly delicate and bright; one that is borne from the fresh-pressed sugarcane juice of the French territory of Martinique, and its volcanic soils amid the Caribbean Sea and the Atlantic Ocean

But what if I were to tell you that on the flip side of this, say, is a less discovered Rum, just as mighty as it exhibits the most opposite of characteristics? A Rum that is peculiarly delicate and bright, with the strongest notes being grassy and vegetal—in the best of ways; one that is borne from the fresh-pressed sugarcane juice of the French territory of Martinique, and its volcanic soils amid the Caribbean Sea and the Atlantic Ocean.

This would be Rhum Agricole.

Highly controlled, like a true French spirit, it is regulated under the Appellation d’Origine Contrôlée (AOC), or the French official origin label—yes, the same that Cognac falls under. The AOC spells out, quite exactly, how Rhum Agricole can be made, and is so detailed as to outline from the time to harvest the sugarcane (which is in the dry season), to the imperative use of a creole still.

Rhum Agricole rose to its initial prominence and perhaps its highest production peak to date during the First World War, when barriers to Cognac for troops in Europe left them with fewer options, resulting in Rum rations. From this peak of around 150 certified producers in the 1950s, there are now only around 11 that remain in existence with Appellation d’Origine Contrôlée designation.

While there’s plenty of opportunity for this spirit in the West and beyond, it remains quite difficult to track down in most any area that is not France, or Paris at that; with only 11 producers and fewer still exporting, it’s fairly easy to see why. And for those of you that know more about Cachaça and might be able to purchase that sugarcane-based spirit, it truly is still one that is worth locating. One of the main differentiators from Rhum Agricole is the roasted cereals used for Cachaça distillation, but the list goes on. It really is a unique spirit.

A few larger exporters that we can find (and recommend), however, are Clement, Rhum JM, La Favorite, Neisson, and Diamoiseau, and any one of these, under AOC regulation, will guarantee an exceptional Rhum Agricole experience.

Clemente is the creation of Homère Clément, who revived the land that was once a sugar plantation into one of the most prestigious Rhum Agricole producers. He based his production on the Armagnacs of southwestern France, and today will still see upward of 160,000 visitors to view the botanical gardens, Rhum Agricole museum, antiques, and more on the 43-acre estate.

The Rhums can be aged in both ex-Bourbon barrels and new French Limousin oak casks, and Clemente offers 3, 4, 6, and 10 year, as well as a blend. These rhums have won Gold at the Concours International de Bruxelles and the International Review of Spirits, and 90 points from the Beverage Tasting Institute.

Rhum JM is one of the oldest Rhum Agricole producers, famously located on the backside of the Mount Pelee volcano; its incredibly unique climate factors make it some of the most exclusive sugarcane available.

While the AOC regulates that sugarcane must be pressed at least three days after harvest, all Rhum JM sugarcane is pressed the same day as harvest, aged in re-charred oak barrels, and prepared with only natural spring water.

The Rhum JM collection spans the grassy, white pepper tones of the Agricole Blanc to the barrel strength 10-Year Vintage, with notes of leather and wood.

It remains to be quite difficult to track down with only 11 producers, and fewer still exporting

La Favorite is one of the last independently owned Rhum producers and can be one of the most difficult to track down outside of Martinique itself. Unique in the spirits industry at large is its energy use—the entire distillery is run on steam power from the byproducts of sugarcane extraction. It’s produced Coeur de Canne, aging just one or two years in repurposed Bourbon barrels, and exhibiting notes of tropical flowers, citrus, and pear.

While unaged, most of Neisson’s offerings undergo a longer fermentation process than most, coming out to three days as opposed to the more normal two. This unaged spirit is uniquely created with an imported Brazilian yeast and packs a high-proof punch at around 50% ABV.

Neisson’s Rhums are full of citrus, mango, and banana, lending themselves very well to a bright cocktail.

Disclaimer: As Damoiseau is from Guadeloupe and not Martinique itself, it isn’t technically covered under the Appellation d’Origine Contrôlée seal, but it has been an esteemed and established distillery for over 70 years in the area—and as the exceptional spirit that it is, we couldn’t leave it out of the recommendations.

A distiller, Mister Rimbaud, left Martinique to work with the terroir of sugarcane on Guadeloupe, and founded the Bellevue Distillery, which was later purchased by Roger Damoiseau, for which it now has its namesake, and is still run by the Damoiseau family.

Damoiseau Rhum is aged in repurposed Bourbon barrels, anywhere from six months for its white Rum to at least six years for its X.O.

Best for cocktails is the strong 110 proof, or the Damoiseau Pure Cane Rum, with its curious viscosity and tropical notes. On the other end of the spectrum is the X.O., best enjoyed on its own, as it’s taken on a more rounded profile from its Bourbon barrel aging, developing burnt orange peel and cinnamon notes along with its deeper color.

While most of these are best enjoyed neat or on the rocks, the most traditional serving method is a ti’ punch, consisting of a pour of Rhum Agricole, a lime slice or wedge, and some cane or simple syrup. Usually served in separate components to the consumer, it’s left up to the individual how sweet or sour they want their concoction—if not mostly just straight. 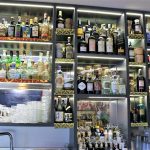 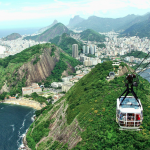