The year 1724 saw the birth of the House of Rémy Martin, which nearly three centuries later is still making some of the world’s finest luxury liquors.  Also in 1724 Immanuel Kant, one of the founders of Western philosophical thought was born. Much of his work centered on how human consciousness perceives and understands reality and the role our senses play in doing so. He wrote: “All reality must be sensation.”

Developed with Microsoft’s HoloLens technology, the partnership with Rémy Martin has produced one of the first projects using the platform that is targeted for the consumer market. It premiered on June 15 at a private party in Los Angeles and will now be available worldwide at luxury retail stores and special events.

But this innovative technological experience is rooted in the rich soil of one of France’s most famous and important agricultural regions. In the western Charente department, the Cognac commune has been tended by generation after generation of agricultural workers and managers.

The “Rooted In Exception” presentation tells the story of where the Rémy Martin product line of Fine Champagne Cognacs — including Rémy Martin V.S.O.P, Rémy Martin 1738 Accord Royal, and Rémy Martin XO Excellence — comes from. It imparts a greater understanding of what is the root source of the rich sensory experience that Rémy Martin brings to the glass.

“To us, Mixed Reality provides an amazing medium for storytelling. It allows us to reveal our roots, our chalky soil, and our exception by virtually showing it raises from the ground for consumers to see,” says Rémy Martin’s Global Executive Director Augustin Depardon. “The breath-taking HoloLens technology further convinces our clients why Rémy Martin is ‘Rooted In Exception.’ The program creates the experience for the user of approaching — in a three-dimensional projection — aspects of the Cognac Grande Champagne and Cognac Petite Champagne vineyards. The voiceover is provided by the Cellar Master of the House of Rémy Martin, Baptiste Loiseau. He provides his thoughts and expertise about the terroir that the “Rooted In Exception” experience is founded upon.

The mix of one of the world’s oldest consumer brands with a technology that is making its first forays into the consumer market is a bold one.

“Ultimately, mixed reality is deeply about engaging people in new social experiences,” says Founder and Chief Holographic Officer of Kazendi Maximilian Doelle. “We are thrilled to launch our first consumer brand experience using HoloLens with Rémy Martin, who, although an almost 300-year-old brand, keeps on nourishing its exception and tradition through innovation.”

Kazendi is one of the top HoloLens development studios in Europe, specializing in the emerging field of mixed reality. Early HoloLens creations have been in several sectors, including retail, consultancy, and construction. The hardware, Microsoft’s HoloLens, is the first self-contained, holographic computer and gives users access to interaction with virtual content and holograms. It’s another evolutionary step from virtual reality systems, promising the ability to access both pre-programmed content and the user’s current surroundings.

“This innovation project recognizes the prominent role of technology in our lives,” says Depardon. “Rémy Martin is committed to bringing people together for exceptional moments of sharing and celebration. Microsoft’s HoloLens technology came naturally as an immediate innovation answer to sharing these moments in an emerging social space.” 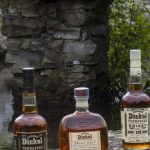 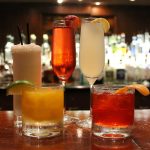