The story behind Padre Azul is every bit as exceptional and fascinating as the smooth taste of its Silver, Reposado and Añejo Tequilas. This is a tale of a friendship which encircles the globe, of inspiration, of excellence and dedication to perfection… all under the sign of the skull.

The Austrian-Mexican co-production of “Padre Azul” premium tequila is entirely handmade, with every aspect crafted by artisans and master craftsmen – from the bottle, to the label, to even this fine spirit’s stopper.

Can an Austrian truly drink and appreciate tequila? Founder HP Eder’s only previous encounters with the spirit had involved late nights, lemon wedges and a pounding headache. Eder’s Mexican father-in-law brought out a bottle of tequila as part of a longstanding initiation ritual, and all eyes were on the auslander as he took his first sip of the real deal. This movie-like scene was the beginning of “Padre Azul”, and the incredible journey that brought us this beautiful drink.

Of course, it all began much earlier, namely, with an unusual love story: a Mexican woman studying in Heidelberg, Germany and an Austrian guy. HP met Adrian Alvarez Maxemin from Guadalajara, Mexico – capital of the federal state of Jalisco, not far from the origin of Tequila – at university. She was studying German at the time, and HP Eder was fascinated by her and the stories she’d tell of her home country.

From then on, the likable Austrian developed an intimate relationship with the Mexican way of life, where agave spirits such as tequila are a key part of the local culture and identity. Wanting to learn everything he could about this culture – so far in every way from his native Austria – he soon became interested in tequila and its production. HP Eder was keen to point out: “In Europe there was mainly poor quality tequila at the time. Hardly anyone knew that high quality tequila existed, which I found very sad. That’s when I thought about how you could import something like that.” Together with a handful of similarly captivated friends, he founded a company that would bring premium tequila to Europe. But which one would be the brand to convince people that tequila is so much more than a late night shot, something to regret the morning after?

We wanted a product that enchants from the very beginning

Once again, it was Eder’s Mexican father-in-law, Francisco, who was to play a decisive role. He gave the Austrians the idea to create their own tequila brand. So, they set off on their eventful search for liquid gold, and finally found it in a small distillery in Amatitán – close to the notorious village of Tequila.

“We wanted a product that enchants from the very beginning,” says Eder. “It had to have this certain “wow “effect. It was hard work, but at the end of the day, we had a fantastic tequila with an incredibly smooth finish. Like alchemists, we had been searching for this gold for a long time, and when we first drank what we later named Padre Azul, we experienced this magic moment.”

Eder was right: in the first year on the market, Padre Azul won several awards. The Austrian quintet’s spirit is is a joy to drink; it’s sweet and mild, with light notes of vanilla and chocolate. The quality does not come by chance, however: the manufacturing process is much more complex than the one for conventional mass produced bottles. The agave hearts (“piñas”) are harvested from the lowlands near the town of Tequila, where they grow for at least 8 years before they are ready for picking. Also, the piñas are not cooked, but rather smoked in old brick kilns (a highly traditional method) at a mild temperature to avoid burning the sugars that are released

What follows afterward is the magic of craftsmanship and experience. Special yeasts are used for fermentation, and the best time for this process varies according to climatic conditions. The distillation itself requires a lot of experience and the master distiller’s special touch. Last but not least the distiller must make the selection of the barrels – something that has a lasting influence on the aroma of the stored varieties, “Reposado” and “Añejo”.

While normally a Tequila Reposado has to be stored for at least two months, and Tequila Añejo for at least one year, at Padre Azul the “Reposado” ages for at least 8 months, and the “Añejo” at least 18 months. “The distillate is the same as the “Silver”, but the long storage period changes the liquid’s structure. While the “Silver” is still dominated by the fruity aroma of agave, sweet notes such as vanilla, cinnamon, and chocolate are added to the longer stored varieties.” explains Eder proudly. “This special, more complex taste is not an unusual thing for rum, but tequila is hardly known for it. This is something which surprises most people when they try our product.”

Time does not matter there, but family and friendship very much so.

Standing Head and Shoulders Above the Rest

All this great tequila now needed was a truly great bottle design and label. Eder and his team knew that in order to score points in Europe with tequila – a spirit with a less than ideal reputation – the guys from Padre Azul had to create a real eye-catcher.Eder’s partner Marco Bachler, co-founder, and industry professional, was sure of this. After a few creative meetings, it was clear that the bottle design should be nothing short of a declaration of love to Mexico and its culture.

One important aspect that always fascinated Eder – and which he felt was going to play a key role in the look of his tequila – where interpersonal relations: “For Mexicans, personal relations are extremely important,” says Eder. “Time does not matter there, but family and friendship very much so.” For that reason, the team chose a skull to adorn the bottle stopper. After all,n Mexico, the skull symbolizes the eternal connection between the mortal and immortal world, a belief that is honored on “Día de Los Muertos” – Mexico’s annual celebration of the dead. “You usually drink with your friends as well, so it seemed very appropriate to us”.

On top of this, the bottle is adorned with further references to Mexico’s unique visual culture: The leather jacket which covers the bottle features on its back a tribute to the Mexican “Lucha Libre” wrestling masks; “Azul” refers to the “blue” Weber agave plant, from which tequila is made; and the name “Padre” is not to literally translated as father, but rather quotes the popular Mexican saying: “Que Padre!” – an expression of cheerful excitement, meaning “how fantastic” or “how wonderful”.

At the end of last year, it was “Que Padre” for the young company when it entered the US market. After conquering the party capitals of Europe, including luxury locations such as Ibiza and Monte Carlo, Miami was the only logical starting point for their American invasion. “The reactions to our brand here were truly incredible. Everyone has been waiting for something new, and that’s exactly what Padre Azul is: we offer a spectacular product that not only looks great but also tastes fantastic! ” Eder claims confidently. They already found a reliable importer with Parkstreet, and the search for distributors continues. “We have ambitious goals, but we are confident that we can enchant the US with Padre Azul.”

Tequila Añejo: After distillation, stored in oak barrels for at least 18 months. Añejo is golden in color and captivates with its complex, yet smooth taste: Subtle hints of vanilla, chocolate, dried fruit, and cinnamon. 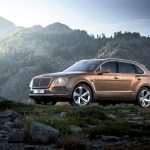 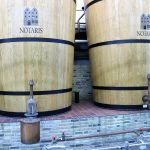