PARIS – The quest to find the perfect, classic Paris bistro can consume some people for their entire lives, like Captain Ahab in search of his fabled white whale or Goldilocks looking for just the right bed for a nap after wandering in from the forest.

Some bistros can be too touristy. Some can be too experimental. Others might be too tied down by tradition. Even where the bistro’s located can be an endless source of debate. Fans of Paris’s bohemian Left Bank versus the city’s more restrained Right Bank all have their supporters and detractors who insist their side of the Seine is the “real” Paris.

And even getting people to agree on what makes a bistro a bistro can be a challenge sometimes. Is it just about the food? Or is there more to it? What separates a bistro from a brasserie or a restaurant? More on that in a bit.

Then, of course, there’s the business side of the issue. Even some of the best French bistros in Paris close, no matter how beloved they might be by some people. Tastes change. Neighborhoods change. Chefs retire. But there’s no denying the enduring appeal of the classic French bistro in intimate surroundings featuring impeccable food at reasonable prices.

There’s a scene early on in the charming 2013 film Le Weekend when the two, older main characters return to Paris to celebrate their 30th wedding anniversary. Played by Lindsay Duncan and Jim Broadbent, the couple sets out in search of that elusive, perfect, classic French bistro. Duncan quickly dismisses one restaurant after another after briefly looking inside or glancing at the menu in the window. Too big. Too pricey. Too empty. Too touristy. Too stuffy.

Then, just when you think they’ll never actually find such a restaurant, Duncan’s eyes light up as she stops in front of a curtained restaurant on a quiet, one-way street. Moments later, they’re seated inside at a small wooden table covered with a simple, white tablecloth.

Watching the film a few years ago, I instantly sat straight up, recognizing the cream-colored walls, the Art Nouveau mirrors, and the wooden coat rack near the small, curved bar located near the front half of the restaurant sure to seduce even the most jaded Parisians.

Even writing those words brings a smile to my face. This award-winning bistro (often simply called Chez Dumonet or Joséphine depending on who you’re talking to) more than lives up to its title as one of the best classic French bistros in Paris. It consistently exceeds expectations with its fantastic food, gracious service, charming ambience, and lively surroundings. And even getting people to agree on what makes a bistro a bistro can be a challenge sometimes. That’s why legions of food lovers return to Joséphine Chez Dumonet again and again, year after year—to savor this French classic in all its Gallic glory. No wonder it’s been named one of the best classic bistros in Paris by Bon Appétit, The Guardian, Condé Nast Traveler and Eater.com.

History of the bistro in Paris

Nowadays, it’s often hard to tell a brasserie from a bistro in Paris. And around the world, many restaurants, big or small, use the word “bistro” to describe a whole host of restaurants that serve a wide range of food and alcohol.

But there’s no mistaking you’re someplace special the moment you walk into Joséphine Chez Dumonet in Paris’s understated Saint-Germain neighborhood in the 6th Arrondissement on the Left Bank side of the city.

Opened in 1898, the restaurant was originally named Joséphine. When the Dumonet family took over the restaurant decades ago, they kept the name Joséphine and simply added Chez Dumonet out of respect for the bistro’s loyal clientele.

The Dumonet family continues to own and operate this classic French bistro, which is open on weekdays for lunch and dinner. (Like many great Parisian restaurants, Joséphine Chez Dumonet is closed on Saturdays and Sundays.) Jean-Christian Dumonet is the third-generation chef of the Dumonet family who runs the restaurant and its kitchen.

And if numerous visits to this Paris bistro over the past six years are any indication, the Dumonet family consistently does their best to uphold the traditions that have made this bistro one of the most beloved restaurants in Paris.

So many French bistros around the world try so hard to create an old, lived-in look to their restaurant—the reproductions of old Parisian posters, perhaps a few lamps from a flea market scattered around, or maybe a coat of dark red paint applied to the walls.

At Joséphine Chez Dumonet, they don’t have to pretend. The restaurant looks and feels old-fashioned because it is—from its yellow tin ceiling to its geometric tiled floors, antique mirrors, playful drawings, and nautical-themed posters scattered on the cream-colored walls above the dark wood paneling. And to make the restaurant feel even more intimate, a cut-glass wall divides the restaurant into two, even smaller spaces.

Joséphine Chez Dumonet strikes just the right balance and doesn’t look like some old, tired bistros where it’s obvious the restaurant’s glory days took place long ago. This bistro feels vibrant and alive and always looks neat and tidy and ready for the next wave of customers.

But being a great Parisian bistro isn’t just about the looks or even the food. It’s the people who work there who make the difference. And at Joséphine Chez Dumonet, all the waiters seamlessly make everyone feel like a regular.

Many of the well-dressed servers have worked there for years, which provides a continuity in service and atmosphere. They also know just how to make you feel at home right away. Soon after you sit down, your waiter will often appear at your table with a complimentary glass of white wine, fresh-baked bread, and butter so rich and creamy, you could eat it by the spoonful for dessert.

And throughout the meal, the waiters work briskly and efficiently without being rude or rushing you through your meal. Nothing about their service feels forced and you always feel like they’re happy to have you in their restaurant.

In order to truly be considered one of the best bistros in Paris, the food needs to be truly outstanding. And from start to finish, Joséphine Chez Dumonet consistently delivers a wide range of classic French favorites impeccably prepared.

If you’re going to Joséphine Chez Dumonet with a friend—and you should!—I recommend splitting an appetizer. The portions here can be quite large. The house duck foie gras makes for an excellent starter. But I also know people who plan entire vacations to Paris around the herring appetizer served here.

Some of the best main dishes at Joséphine Chez Dumonet include duck breast with green pepper sauce, Beef Bourguignon with tagliatelle (a type of pasta), and pigeon. But my two personal favorites are grilled Chateaubriand and the Côte de Bœuf with Béarnaise sauce. Both tender cuts of beef rival meat served in some of the best steakhouses.

Save room for dessert

But perhaps the most important thing to remember when eating at Joséphine Chez Dumonet is to order your dessert at the start of the meal. That’s because this bistro makes one of the best Grand Marnier soufflés in Paris. Light and airy, creamy and divine, it’s the perfect ending to a delicious meal.

I’ll never forget watching a waiter at Joséphine Chez Dumonet gently wake up an older patron napping at his table when his soufflé arrived by simply placing his hand on the man’s shoulder. The gesture was so polite, so understated, so kind, and everything you would expect at one of the best classic French bistros in Paris. 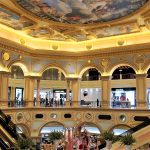 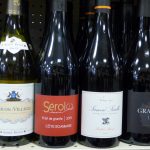