PARIS – Wondering where to buy wine in Paris?

Prepare to be overwhelmed. There’s practically a wine shop on every corner in the City of Light. And that’s not even counting the supermarkets that sell aisles of inexpensive wines.

What else would you expect from a country that’s home to some of the world’s greatest wine regions and where the average French person drinks 43 liters (or 57 bottles) of wine per year.

With so many places to choose from, where should discerning wine lovers go in search of great finds in this vast city? Here are our recommendations for some of the most interesting and often entertaining wine stores in Paris. 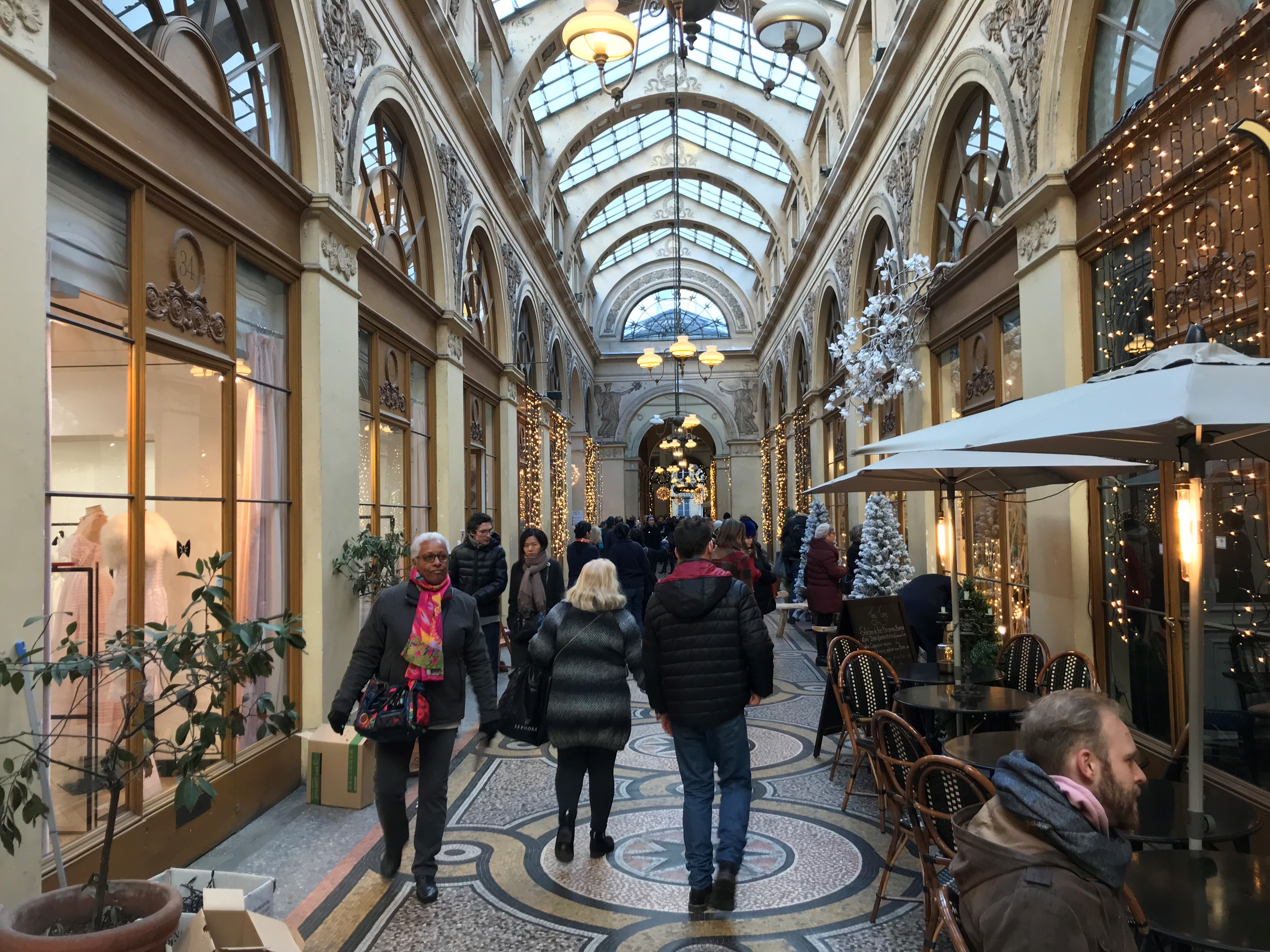 No guide to Paris wine stores would be complete without this charming, legendary wine store located in Galerie Vivienne, one of Paris’ most beautiful, glass-ceiling-covered passageways in the city’s 2nd arrondissement.

First opened as a grocery store in 1880, the Legrand brothers (Pierre and Alexandre) eventually took over the store and were known throughout Paris for bottling wine from barrels on site, a rarity at the time.

Then in 1945, Pierre’s eldest son, Lucien, began managing the business and solidified the store’s reputation for being the go-to place for wine lovers in the city. Lucien traveled to vineyards and brought back wines for tastings and for sale. 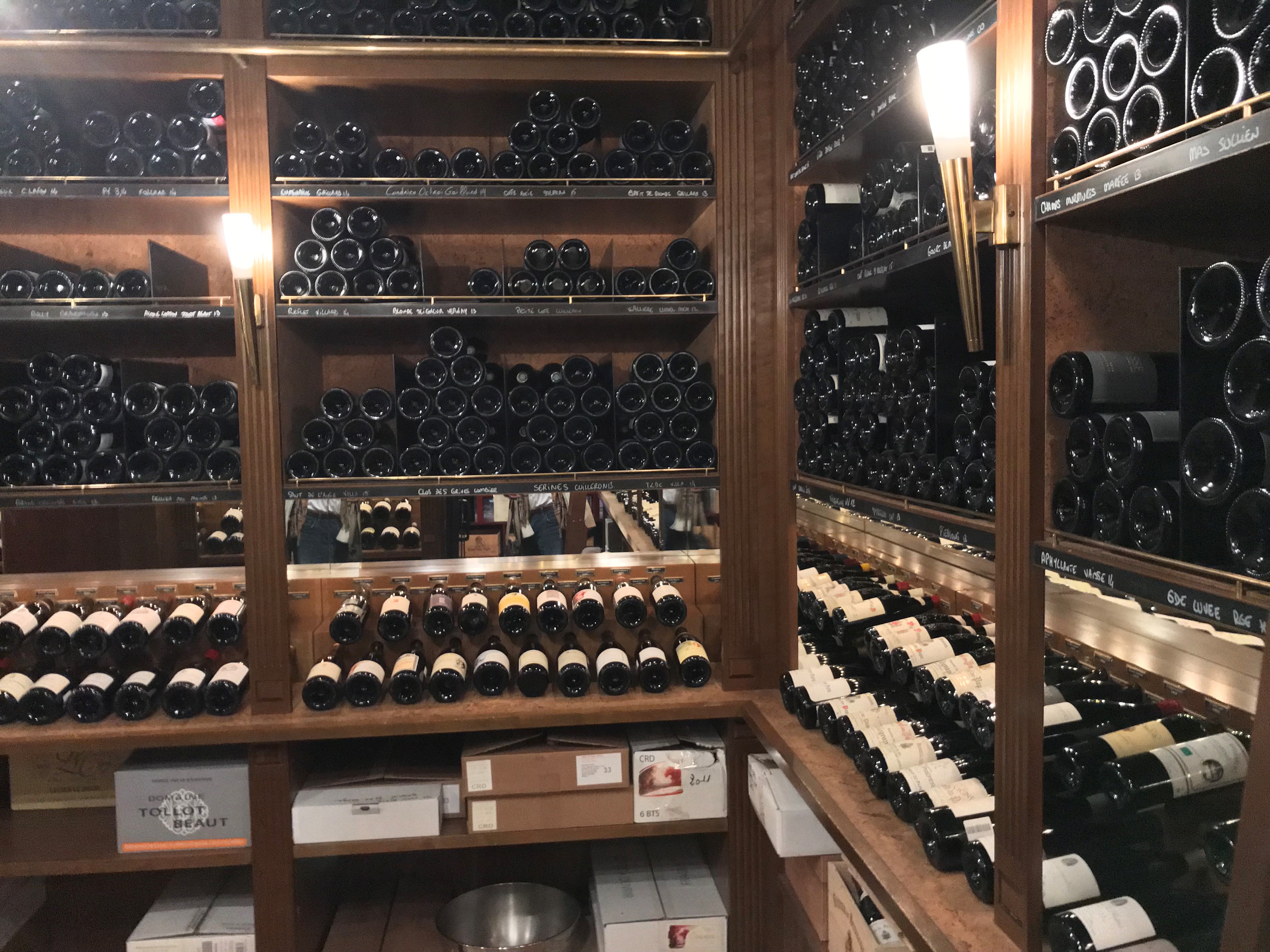 Nowadays, the store still hosts tastings and regularly has more than 3,000 different wines in stock from more than 370 different winemakers. This is the store you want to go to if you’re in search of Grand Crus from Burgundy or First Growths from Bordeaux.

You can also try different wines in the store’s intimate, old-fashioned bar (Comptoir de Degustation) while being surrounded by shelves full of wine and a view of Galerie Vivienne. There’s also another modern tasting area located in the basement “cave” named Salon Lucien Legrand, where many of the store’s tastings are held.

Prepare to be dazzled when you wander into this timeless, classic wine store. 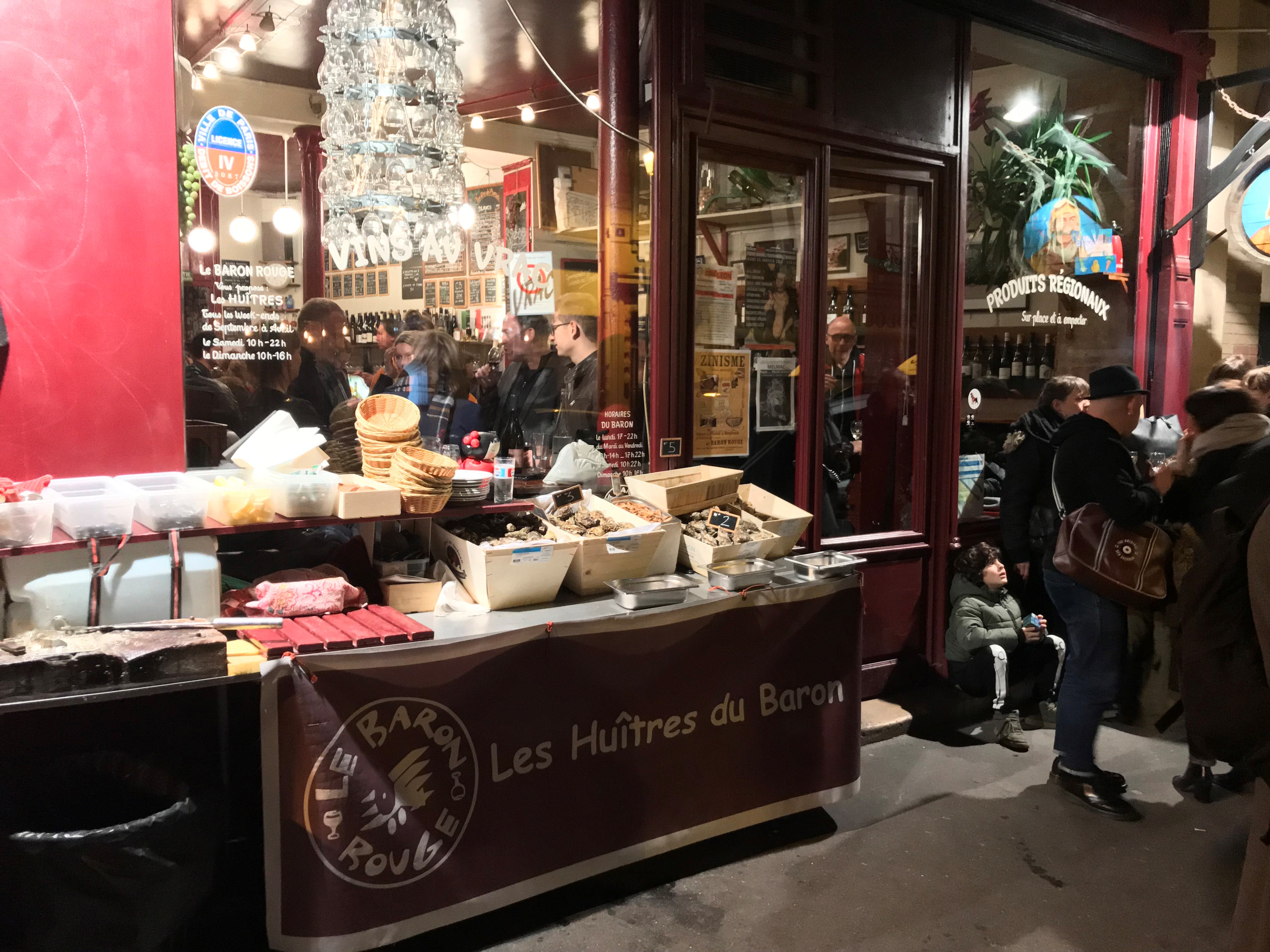 Located on a side street in the 12th arrondissement near Marche d’Aligre, one of the best outdoor food markets in the city, Le Baron Rouge (The Red Baron) defies categorization.

Part bar, part wine store, it’s easily one of the most fun places to buy wine in the city. Here, you’ll find a wide range of French wines to choose from listed on the handwritten chalkboards on display behind the bar. Normally, there’s close to 20 red wines and 20 white wines for sale, many of which cost 2 to 5 euros for a 10-centiliter glass. 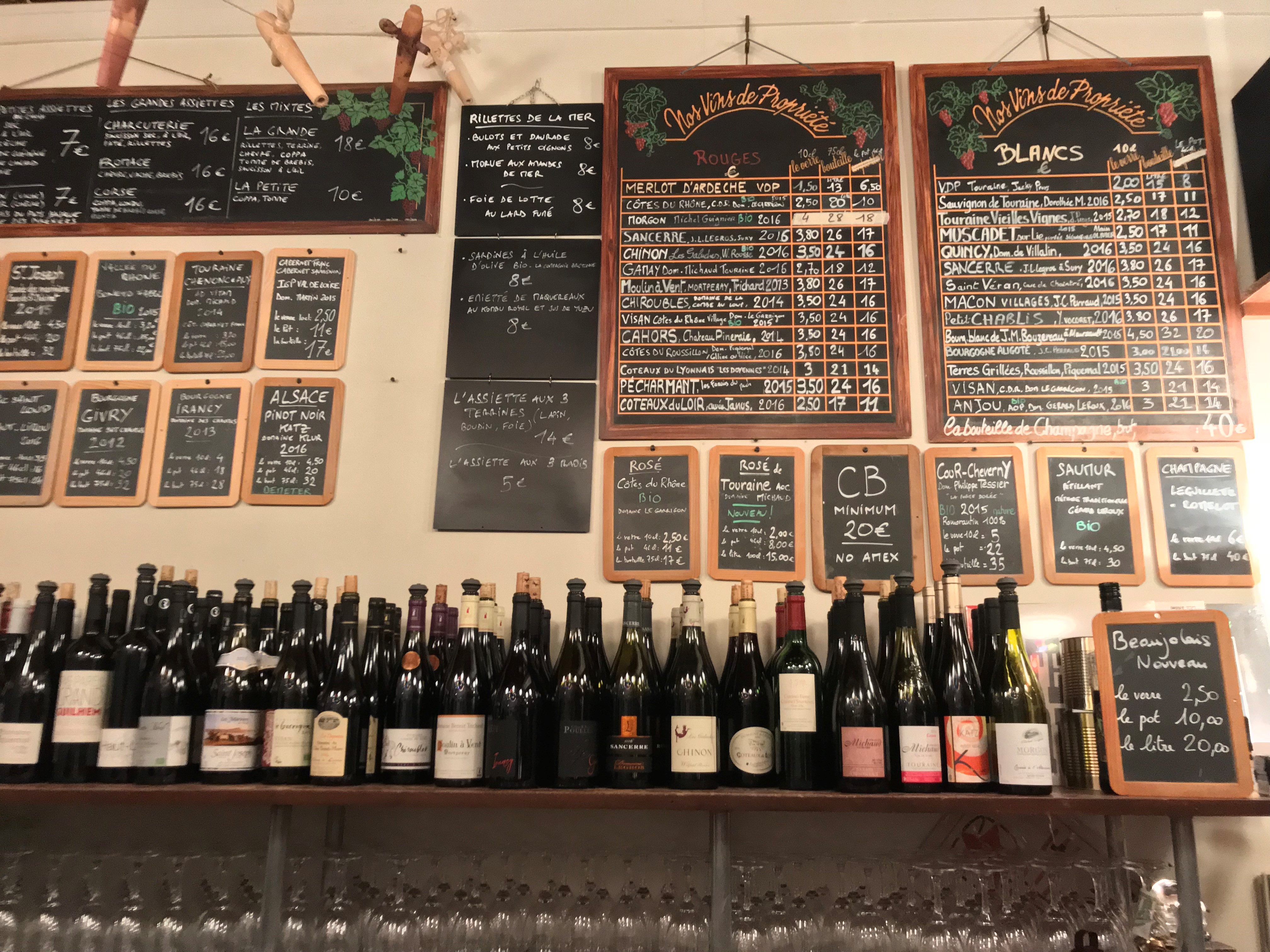 If you like one of the wines for sale, many of them can be bought by the bottle straight from one of the barrels stacked along one side of the bar. You can also order cheese, charcuterie, sausage, and—at certain times of the year on weekends—fresh oysters on the half shell.

Not surprisingly, Le Baron Rouge can sometimes be extremely crowded on weekends. But then that’s part of the fun of being in one of the liveliest wine stores in Paris.

Located near the tip of Île Saint-Louis not far from Notre Dame Cathedral, L’Etiquette specializes in organic, all-natural, biodynamic wines made without adding sulphites. Opened in 2012, this intimate wine store’s motto is “drink well” and “drink healthy.”

Many of the store’s wines come primarily from France, including a strong selection of wines from the Loire Valley and Rhone region. However, you can also find wines from other countries, including Italy.

The store features a mixture of wines from established wineries and lesser-known producers. And if you’re curious to find out more about a particular wine, feel free to ask the knowledgeable staff there or stop by on a Saturday when the store regularly hosts wine tastings. 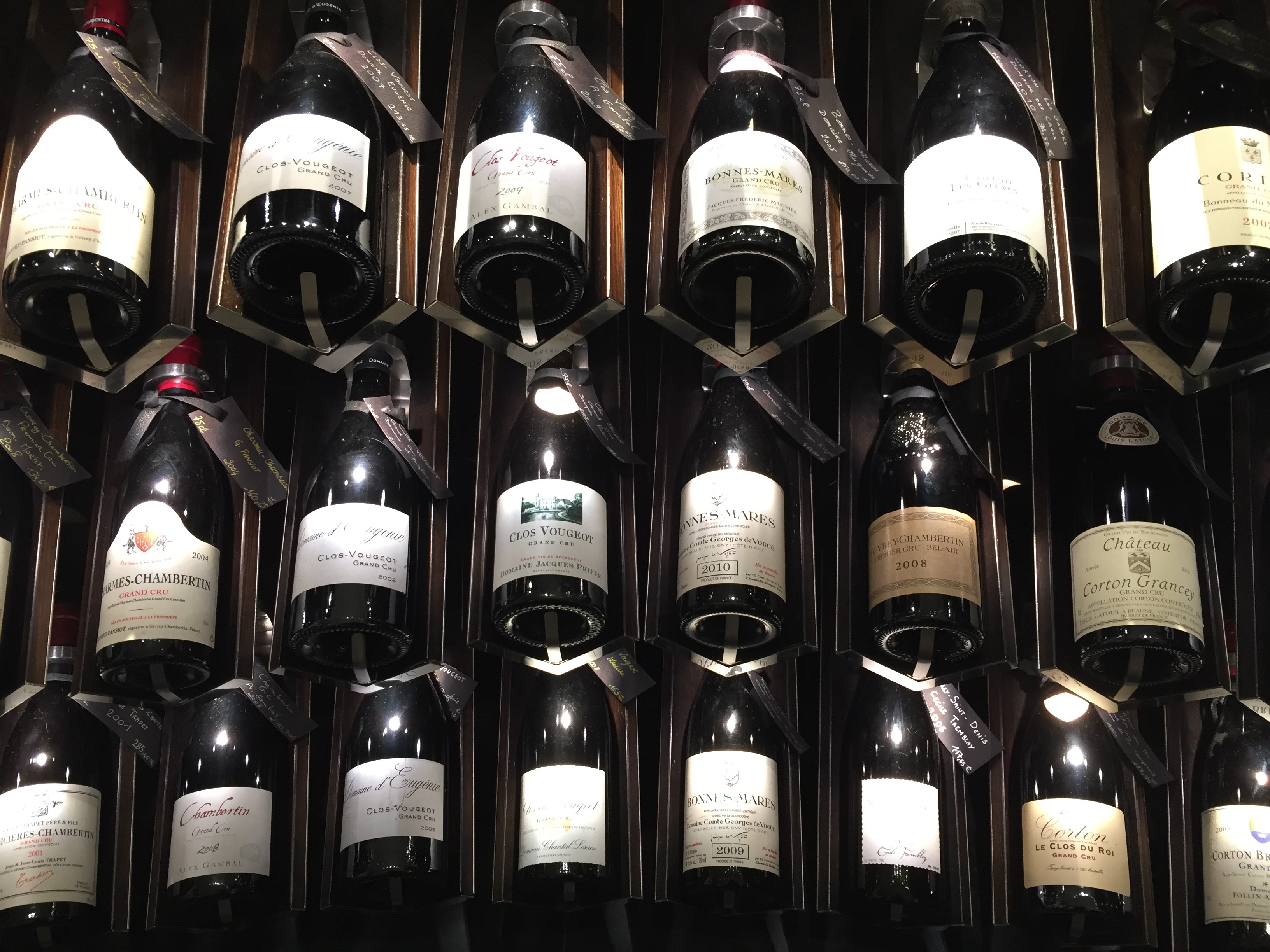 Located in the 7th arrondissement inside the basement of the massive (more than 3,500 square meters) elegant food emporium affiliated with Le Bon Marché, the oldest department store in the world, Le Grand Epicerie has an extensive wine selection neatly arranged in sleek, modern surroundings known as La Cave.

Home to more than 6,000 wines, La Cave has a dizzying array of wines from around the world, with an obvious emphasis on wines from France. The wines on display are also only a fraction of the wines the store has on hand. Roughly 200,000 bottles are also aging inside the store’s vast wine cellar for future sales.

You could easily spend hours wandering through the store’s curved wine aisles and thousands of euros on many rare, hard-to-find wines. And if you’re not sure which wines to buy, the store’s experienced wine staff will be more than happy to assist you.

With more than 500 wine stores located throughout France, Nicolas has been selling wine worldwide since 1822, when this business opened its first wine store in Paris. Now based in London, Nicolas has stores throughout the world but its focus remains the same—to provide affordable, high-quality wine at reasonable prices.

Here, you’ll find many well-known producers at reasonable prices, particularly when it comes to Champagne. You can also often find wines from other lesser-known wineries in some of the larger Nicolas stores in Paris. 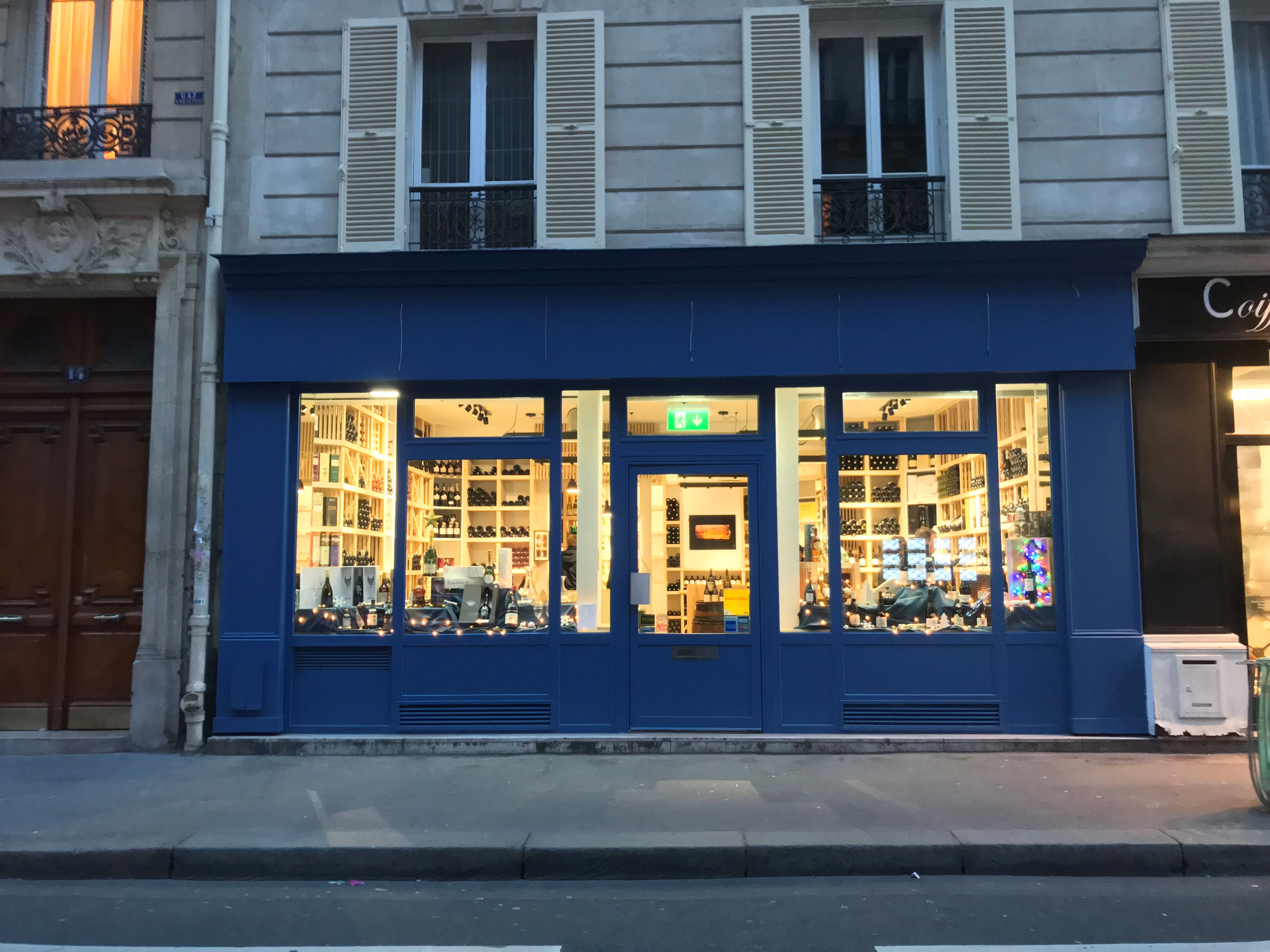 Located near the Bastille just off Rue Saint-Antoine near the trendy Marais neighborhood, Les Caprices De L’Instant has a modern feel due to its brightly lit interior and light-colored wooden shelves. 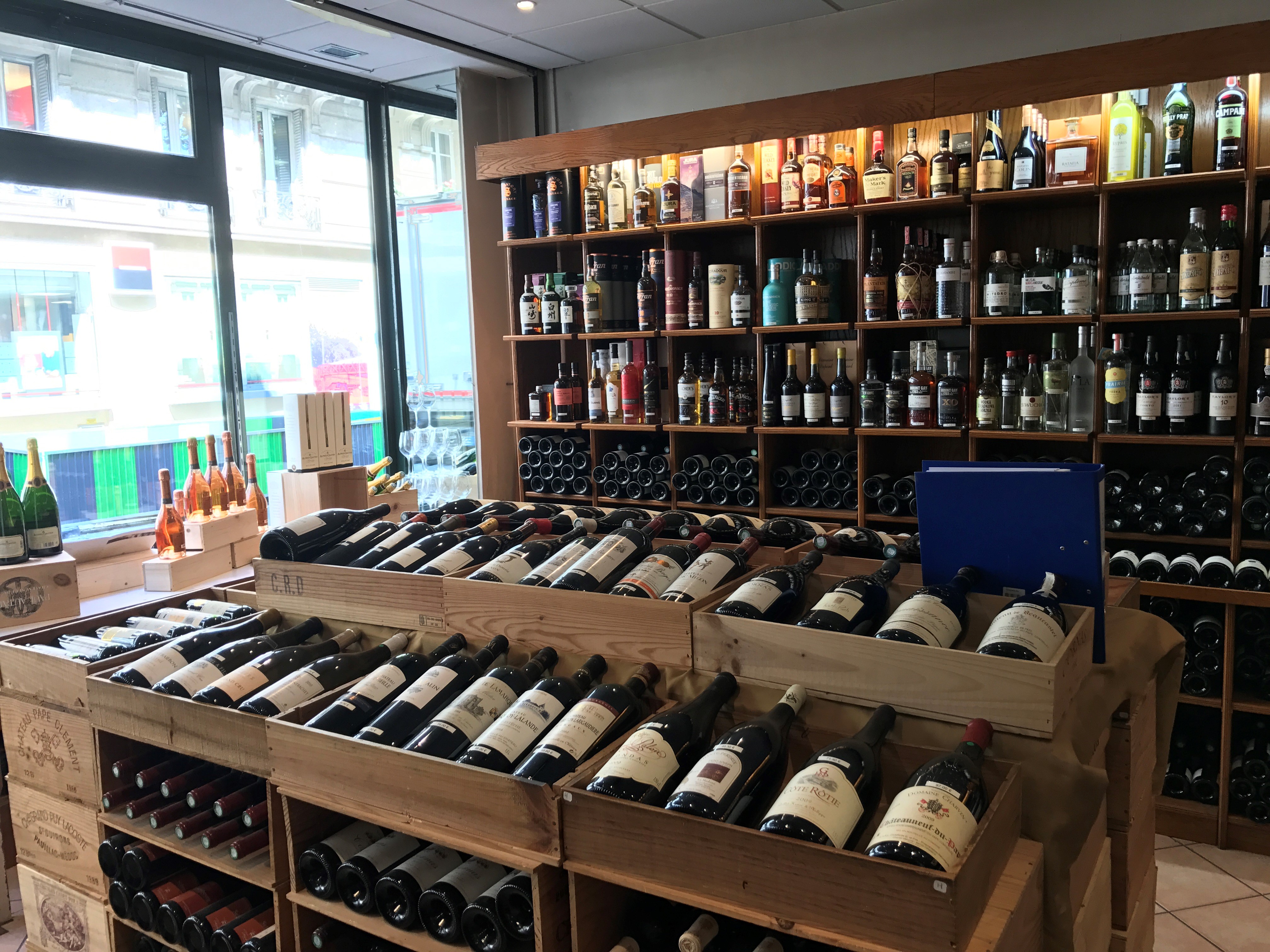 This intimate store has a relatively small but fascinating selection of wines. Here, you can find many affordable, lesser-known wines from one of France’s oldest and most revered wine regions—Burgundy.

Opened in 1988, Les Caprices De L’Instant also sells wines from other wine regions in France and around the world. And if you’re not sure which wine to buy, feel free to ask one of the staff members there. 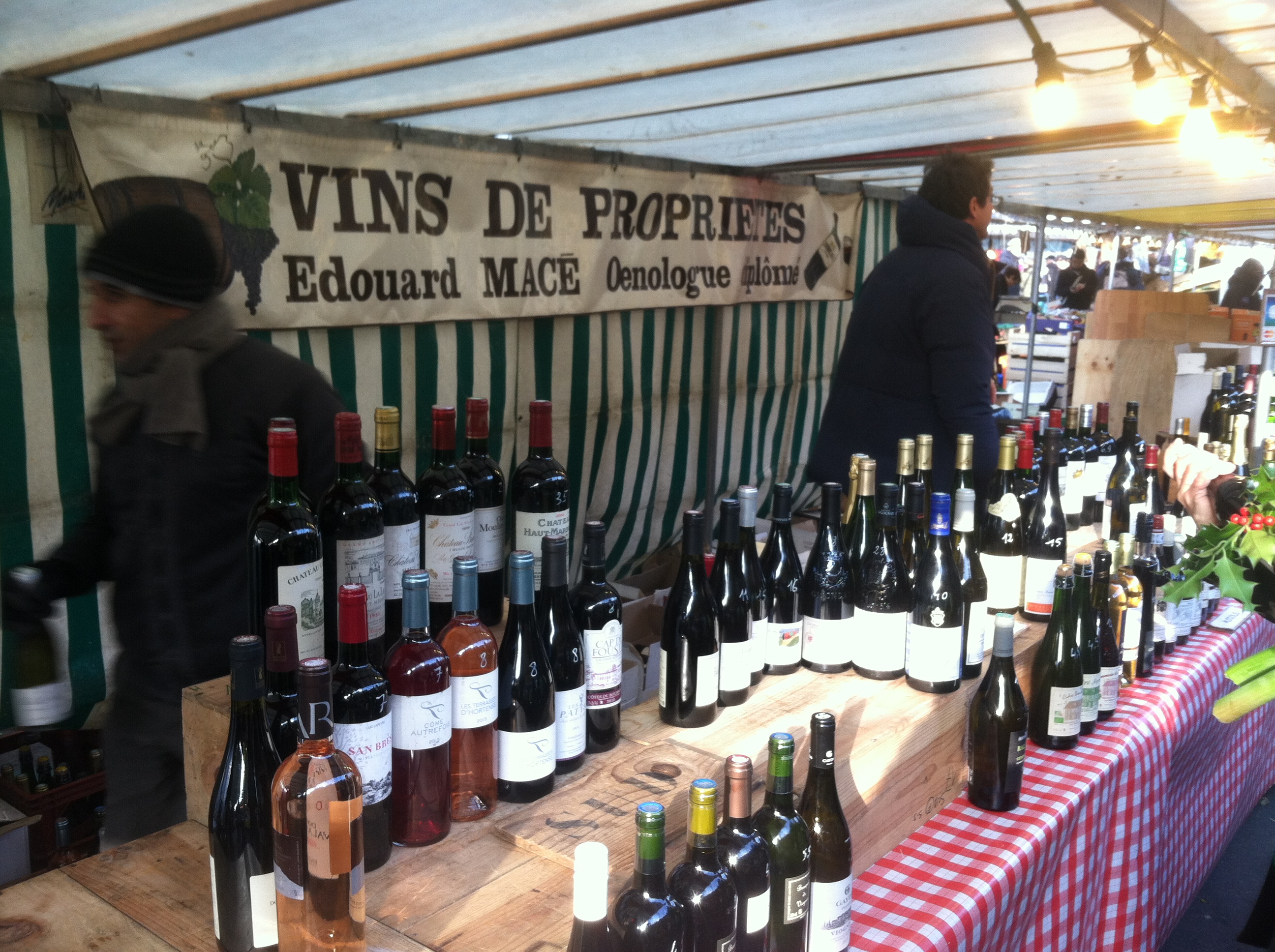 One of the best outdoor food markets in Paris, this popular twice-weekly Bastille-based market also occasionally features wine sellers amid the rows of oysters, meats, cheeses, fruits, and vegetables.

Personally, this author has occasionally found many fascinating wines here, including a secondhand bottle of 1982 Bordeaux for 2 euros at the market. Other rare wines also often crop up in some of the stalls selling wines at this outstanding outdoor market.

The hit-or-miss quality of the selection of wine here can be frustrating to some wine lovers. But if you enjoy the hunt for rare wines and are willing to take a chance, exploring Marché Bastille can be a beautiful way to spend a leisurely Sunday afternoon. 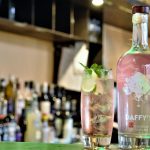 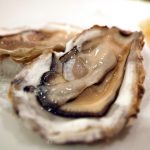