Few things make supercar enthusiasts more excited than getting up close and personal with the latest releases from their favorite brands. To wander among these dream machines, and to be able to see their workmanship in the flesh—these are moments that fans and industry insiders look forward to all year. To be able to peek under the bonnet, and hear from brand representatives all of the insider information regarding what makes them unique, special, and the pinnacles of motoring technology… that is the stuff that petrolhead dreams are made of.

The organizers fully expect this year’s car show to attract an audience of around 800,000 visitors

While there are plenty of large-scale outdoor car shows in the U.S., and more than enough classic car days and cultish brand-related events (such as the ever-growing phenomenon of VW festivals and the suchlike) across the UK, the bonafide open-air car show is still a somewhat uncommon occurrence in Europe.

This is part of the reason why the Parco Valentino Salone Dell’Auto Di Torino—formerly known as the Torino Auto Show—has become the highlight of the European motoring industry calendar year. The very first European auto show en plein air, few would argue with the fact that it has become the standard by which all other outdoor car shows are measured.

The Biggest Year Yet?

The 2018 Parco Valentino Salone Dell’Auto Di Torino is set to be the annual event’s biggest, boldest, and most attended show yet, with fervor already mounting regarding the exhibitors confirmed and the cars which will be on display. The organizers fully expect this year’s car show to attract an audience of around 800,000 visitors, who will flock to Torino from elsewhere in Italy as well as from overseas. Indeed, to visit this exemplary motor event has become something of a pilgrimage for the committed supercar enthusiast, as it never fails to offer a privileged, thrilling, and unforgettable peek into the future of this ever-changing industry.

The organizers of the Parco Valentino Salone Dell’Auto Di Torino have no problem when it comes to attracting the world-beating car brands of the world. It’s seen as a badge of honor to exhibit in this beautiful and illustrious setting, and each supercar manufacturer is eager to show off their latest achievements, innovations, concepts, and releases. However, this year is set to be even more jaw-dropping than ever before, with the list of exhibitors reading like a veritable who’s who of the supercar and hypercar world.

A World of Brands and Designers in One Place

With almost 50 car brands exhibiting and representing the zeniths of the motoring industry worldwide, the event in Torino is a truly international one, designed to unite the global sphere of top-end car companies from across three continents. There will be stands for British car giants Jaguar, McLaren, Bentley, and Aston Martin; American exhibitors in the shape of Ford and Jeep; Japanese manufacturers; French and German supercar designers; and other exhibitors from elsewhere, too. Of course, the Italians aren’t going to pass up the opportunity to shine on their home turf, either, and Ferrari, Lamborghini, Alfa Romeo, and others will naturally be out in force to introduce their latest and greatest machines.

As well as car brands and manufacturers exhibiting their wares and concepts, 2018 will see stands dedicated to several top-end design teams, too. Local firms IED Torino, Studio Torino, and Politecnico Torino will be teasing audiences with their latest concepts and simulations, and there will be a strong presence also from world-beating design teams, including CeComp, Up Design, Frangivento, and several others.

The secrets to the Parco Valentino Open Air Auto Show’s success are many and varied. The fact that it was the very first of its kind is surely significant; here, at last, was an open-air car show which had its own identity, and which was seen very much as a European affair with decidedly European sensibilities. Nowhere to be found was the bombast and hyperbole associated with this event’s American counterparts—the Torino Auto Show highlights its own elegance and sophistication, and the entire vibe of the event perfectly suits the caliber of automobiles on display.

Despite the fact that it brings together many of the world’s most exclusive brands and designers, the event sees itself as an open, accessible, and decidedly unpretentious one. Indeed, many would be surprised to find that Parco Valentino Salone Dell’Auto Di Torino is a free event, and access is granted to those who have applied for a gratis E-ticket via the event website.

The effect that this ticketing decision has is a fascinating one. Unlike many high-end car events (which have a tendency to be cloistered, inaccessible, and often rather unwelcoming), the Torino Auto show has always been about openness, friendliness, and the kind of festival atmosphere and hospitality that the city prides itself on. The E-ticket allows visitors to view all of the stands and also provides the opportunity to attend special events, organize test-drives, and attend the plethora of exhibitions, panels, and displays that make up the bulk of the event.

The city of Torino is as much the star of the show as the cars on display. The car show manages to fit in seamlessly with the city, with the city itself welcoming and rearranging itself around the event. Afterparties, street concerts, and other festivities elsewhere in town explode during the duration of the exhibition, and the residents revel in the volume of people taking the time to wander through and admire their historic streets.

The event sees itself as an open, accessible, and decidedly unpretentious one

For the Parco Valentino Salone Dell’Auto Di Torino, the location is of enormous significance. Parco Valentino is a tourist attraction in its own right; this beautiful, historic, and stunningly manicured park forms the heart of Torino and provides the ideal setting for such an important industry event. Due to the fact that the show is held in the heights of summer, visitors can picnic in the park while gazing at the hundreds of machines, thus adding to the unique, laid-back, and thoroughly Italian atmosphere the organizers aim for year after year.

In the unlikely event of bad weather, the branded stands have been cleverly designed to provide shelter from rain. With open sides and a simple covering overhead, the elegant exhibition stands emulate the look of a top-end showroom, while being viewable from all sides and easy to stroll between.

With its world-class collection of supercars, latest models, and fascinating concepts, its delightful setting in one of Europe’s cultural capitals, and a family-friendly, utterly welcoming ambiance, the Parco Valentino Salone Dell’Auto Di Torino is a truly unmissable event. Indeed, for lovers of Italian motoring and those interested in the latest innovations in the automobile industry, it’s nothing short of a dream come true. 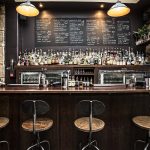 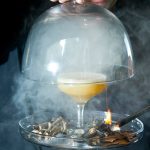