In 1909, a dominant force in American whiskey shuttered its doors, and now, 108 years later, it has returned. Nelson’s Green Brier Distillery is back.

Brothers Andy and Charlie Nelson unveiled their first self-distilled whiskey this July, dubbed First 108. The new release follows the success of their sourced Belle Meade Bourbon line, including the deliciously blended and finished Sherry Cask and Madeira Cask editions. More importantly though, it follows in the success of their triple great grandfather Charles Nelson and his namesake distillery which was at one point the clear dominant force in Tennessee whiskey, far outreaching a certain local rival who would eventually go onto conquer the globe.

It’s 108 30-gallon barrels, and it’s also been 108 years since Prohibition shut down the distillery originally

The First 108 consists of 108 30-gallon barrels of Tennessee whiskey, aged for two years, and is the bridge the distillery will use to reach their next goal, a four year old whiskey aged in full-size barrels due out in 2019. As a Tennessee whiskey it’s charcoal mellowed, and specifically it’s made with a wheated bourbon mashbill consisting of 70% corn, 16% wheat, and 14% malted barley. The recipe and process draw exactly from what the distillery produced over a century ago.

“This is something that we’re very, very proud of,” says Andy Nelson. “The reason behind the name is that it’s Charles Nelson’s original mashbill for his Tennessee whiskey. It’s 108 30-gallon barrels, and it’s also been 108 years since Prohibition shut down the distillery originally.” [State Prohibition in Tennessee started earlier than national Prohibition in the U.S.]

Simply put, today’s distillery wouldn’t exist without the one which thrived at the turn of the 20th century. “The whole reason that the distillery exists as it exists today is because of that tradition,” Andy says.

The brothers had no prior experience with whiskey production or distillation; no lifelong plans to open a distillery. In fact, they didn’t even know about their family’s distilling history. “There’s no way we’d be here without that history,” says Charlie Nelson. “I had no big dream of starting a distillery.”

Their liquor legacy was lost in the decades following the distillery’s closure. “You think about the history and why we grew up learning very, very little about it,” Andy says. “After it shuts down and it’s illegal, she probably didn’t want her family going around talking about how ‘oh this shut down but we’re so proud of it,’ and continuing to bring up the past. Like ‘oh don’t talk to those Nelson kids in school.’ It was more like ‘this is over, let’s move on.’ So over the generations, it gets swept under the rug even more. That’s why 100 years later we really knew very, very little.”

The she Andy is referring to is Louisa Nelson, who took over the distillery reins from Charles after his death. She ran it steadily for 18 years – longer than Charles himself did, in fact – before its closure. The brothers named their still after her, and use her as yet another source of inspiration.

she didn’t even have the right to vote, and here she is running this kind of powerful business,…

Louisa’s prominence and success is even more powerful when you consider the time she lived in. “The way I see it is that she’s running the biggest distillery in the state, and certainly in a male-dominated industry, and especially at that time… I mean, she didn’t have the right to vote,” Andy says. “And here she is running this kind of powerful business.”

The family lineage, even lost as it once was, is clearly there. But the direct track record wasn’t. The brothers didn’t bring distillation experience to the table, and they didn’t follow other similar tracks, such common paths seen today with backgrounds in a science or engineering field. “Charlie and I both studied philosophy in college,” Andy says, pointing out the contrast.

Charlie does see a link between that and his additional arts studies and what he’s doing with Nelson’s Green Brier today though. “A lot of that had to do with storytelling, and learning about culture and language,” he says. “It all goes back to stories. I think that’s what cultures are based on and that’s what we have is a story. A history.”

Distillation today may very well be highly scientific, but it always incorporates a blend of both art and science. “With us coming from the story perspective, I skew pretty heavy to the art of it as opposed to the science,” Andy says. “Of course it’s always a blend. And the more time I do things, the better I get at it.

“I got really intimidated at first hearing about all these other distillers because I was like ‘oh my god, they know so much more than I do,’” Andy continues. “But another friend of mine who works at a distillery said, ‘hey, think of it this way. You’re triple great grandfather was making whiskey 150 years ago and he still did a good job. He didn’t know any of this about biology or chemistry.’ And it allowed me to not worry so much about my intense chemistry knowledge and all that. As long as I have a good blend of the art and science behind it, we’ll be fine. I tend to think there’s a certain magic to distilling and barrel-aging.”

It’s been a long journey, but also one they’ve made in a short time, thanks not only to their own dedication but also to the support they’ve garnered along the way. “The Nashville community… there’s no way any of this would be possible without you,” Charlie said at the release party for First 108. “The support you’ve given us has been amazing. Andy and I had nothing but passion going for us, and we’ve been propped up by [your support] and it’s been a really special, awesome thing.”

As for the First 108 itself, its wheated profile is clear, with flavor notes of biscuit, baking spices, vanilla, and oak. It’s flavorful although perhaps a bit soft on the palate, it’s the single cask, cask strength edition which shows what may really be coming next. Far richer and fuller, it’s a tantalizing sneak peek at what lies ahead for Nelson’s Green Brier.

The First 108 is a literal taste of what’s to come, but shouldn’t be taken as an exact preview. “It’s a piece of history,” Charlie says. “It gives you an idea of where our Green Brier’s Tennessee whiskey is going, but we wanted to make sure to brand it differently from the Green Brier label because that’s aged in 53-gallon barrels and will have a distinctively different taste profile.”

In the future, the brothers will be producing a range of other Whiskeys, and they’re already trying to sock away some rye whiskey. Each new release though will also be a historical and familial throwback. “Back in the day, [Charles Nelson] had multiple Tennessee whiskeys,” Charlie says. “We found a couple of other recipes from back in the day as well… he had at least seven or eight.”

There’s nothing that the brothers are undertaking that doesn’t in some way pay homage to their family’s proud past, which was once lost for so long. “It’s really been an honor to pick up and carry on a family tradition,” Charlie says. “And we really hope that Charles Nelson is watching over and is proud of us.”[/vc_column_text][/vc_column_inner][vc_column_inner width=”1/4″][/vc_column_inner][/vc_row_inner][/vc_column][/vc_row][vc_row full_width=”stretch_row_content”][vc_column][vc_row_inner][vc_column_inner][vc_raw_html]JTNDc3R5bGUlM0UuZW1iZWQtY29udGFpbmVyJTIwJTdCJTIwcG9zaXRpb24lM0ElMjByZWxhdGl2ZSUzQiUyMHBhZGRpbmctYm90dG9tJTNBJTIwNTYuMjUlMjUlM0IlMjBoZWlnaHQlM0ElMjAwJTNCJTIwb3ZlcmZsb3clM0ElMjBoaWRkZW4lM0IlMjBtYXgtd2lkdGglM0ElMjAxMDAlMjUlM0IlMjAlN0QlMjAuZW1iZWQtY29udGFpbmVyJTIwaWZyYW1lJTJDJTIwLmVtYmVkLWNvbnRhaW5lciUyMG9iamVjdCUyQyUyMC5lbWJlZC1jb250YWluZXIlMjBlbWJlZCUyMCU3QiUyMHBvc2l0aW9uJTNBJTIwYWJzb2x1dGUlM0IlMjB0b3AlM0ElMjAwJTNCJTIwbGVmdCUzQSUyMDAlM0IlMjB3aWR0aCUzQSUyMDEwMCUyNSUzQiUyMGhlaWdodCUzQSUyMDEwMCUyNSUzQiUyMCU3RCUzQyUyRnN0eWxlJTNFJTNDZGl2JTIwY2xhc3MlM0QlMjdlbWJlZC1jb250YWluZXIlMjclM0UlM0NpZnJhbWUlMjBzcmMlM0QlMjdodHRwcyUzQSUyRiUyRnd3dy55b3V0dWJlLmNvbSUyRmVtYmVkJTJGJTJGVXhzMG5ZYmd0RGMlMjclMjBmcmFtZWJvcmRlciUzRCUyNzAlMjclMjBhbGxvd2Z1bGxzY3JlZW4lM0UlM0MlMkZpZnJhbWUlM0UlM0MlMkZkaXYlM0U=[/vc_raw_html][/vc_column_inner][/vc_row_inner][/vc_column][/vc_row] 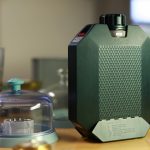 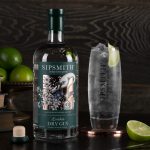