The history of Marc and its cousins – notably grappa from northern Italy – are entangled in humankind’s struggle to survive and tame nature’s elements. Not nearly as romantic as contemporary scenes of bucolic vineyards would have us believe, the lives of European peasants during the Middle Ages required hardy sustenance to endure.

The wines of Burgundy, Champagne, Alsace, Trentino-Alto Adige, and the Veneto were too valuable to be drunk by their producers; they were destined instead for the tables of the wealthy, in exchange for sustenance. Growers and merchants were forced to settle for – literally – the dregs of the winemaking process.

Marc and the other pomace brandies were developed to squeeze any remaining goodness from the grapes after winemaking. The result, while lacking in refinement and delicacy, provided the hard-working peasants with a few of the calories and a good deal of the liquid courage they needed to face the unforgiving environment and the backbreaking toil required of them.

It is impossible to tell when these poor wine growers developed Marc, grappa, and their cousins: Raki, Tsipouro, Tresterbrand, Vinovica, etc. But it is safe to assume it was not long after distillation came to their respective regions. It may have begun as early as the 5th century, when Burgundians or Friulians may have discovered the magical process. More likely, however, it was the Moors who brought the technology northward during their conquests of the continent.

Whenever distillation arrived, it was used first for the production of medicines and perfumes.  Benedictine monks in Salerno most certainly distilled alcohol from medicinal plants by the 12th century. The practices quickly spread northward throughout Italy and into France. Grappa for non-medical use evolved as a full-fledged if localized, industry by the end of the 15th century in the foothills of the Alps, indicating that the distillation of pomace may have preceded the process’s use to make whiskey, vodka, and gin.

While Marc enthusiasts in France and grappa fans in Italy may pride themselves on their tipple’s untamed flavor, others have taken pains to control quality and produce mellower – though far from obsequious – pomace brandies. Not long after grappa was received delineation in the early 18th century, Bartolo Nardini began grappa production on the river Brenta.

Grappa’s and marc’s evolution to “respectability” is thanks to Italy’s and France’s renaissance following the devastation of World War II. Both countries’ cultural expansion, especially in gastronomic circles, exported well to the rest of the Western world, where their wines and brandies met with great enthusiasm. Another surge in popularity coincided with a trend in the 1970s toward sweeter marcs and grappas. By rescuing the pomace after a single pressing, producers preserve more unfermented sugar and water, resulting in a less rigid drink. 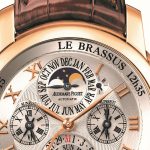 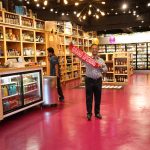