The island of Madeira has been producing and exporting its namesake wine virtually since the Portuguese discovered it in 1419. Since then, Madeira’s location in the middle of important trade routes meant the success of its wines mirrored the worldwide geopolitical situation. The fortified wine’s fortunes have soared during times of peace, prosperity, and free trade and plummeted during conflict and international upheaval.

A sailor, ordered to dispose of the “spoiled” wine, took a sip and found it delightful

In fact, it was international trade that made Madeira wine as we know it today, creating the characteristics that distinguish it from other fortified spirits. European merchant vessels, laden with wine from Madeira, rounded the Cape of Good Hope, intent upon trading for the riches offered by the Far East and Indian subcontinent. Some of the cargo, tossed by the shifting seas and heated by the equatorial sun, was transformed – aerated, aged, vaporized and condensed – during its long journey, went unsold. A sailor, ordered to dispose of the “spoiled” wine, took a sip and found it delightful. The journey so improved the wine, that it soon was being sent on round trips to the tropics simply to undergo the process before being returned to grateful drinkers in Europe.

Aided by an alliance with England, Portugal’s wine exports, to the detriment of French vintages, found acceptance throughout the British Empire and other far-flung markets. This, of course, did not sit well with France, and Napoleon attempted to blockade the lucrative trade between England and Portugal. Faced with limited trade routes and possible spoilage, Madeirans fortified their wine with spirits in an effort to prolong its life. They soon perfected this blending, and soldiers and sailors serving the British crown took home a taste for the stuff. Drawn by the profitable trade, English merchants joined their Portuguese brethren on the island and quickly came to dominate Madeira production and export. Around the same time, winemakers perfected a way to replicate the wine’s tropical sea voyages that so intensified its flavor and nuances.

Before the American Revolution, Madeira was a staple on the tables of wealthy, influential colonists. Thomas Jefferson sang its virtues. Colonial Bostonians rioted when a shipload was seized by the British authorities. The Founding Fathers celebrated the signing of the Declaration of Independence and George Washington’s inauguration with toasts of Madeira. But during and following the war for independence, many colonists loyal to the crown returned to England, bringing their appreciation for Madeira with them and renewing the wine’s popularity in Europe. Unfortunately, the expanding market, the re-emergence of French wine following the Napoleonic Wars, and an economic downturn, prompted many Madeira producers to cut corners. Quality suffered. The American Civil War, 1861-1865, further depressed the formerly insatiable U.S. demand. The opening of the Suez Canal a few years later made journeys around the Cape – and passage through Madeira – unnecessary for ships bound for India and the Orient.

Odium and Phylloxera delivered one-two punch to Madeira production during the latter half of the 1800s. Just as a Germany affinity for the wine was heralding Madeira’s renaissance in the early 20th century, World War I again depressed demand on the Continent. Madeira never really recovered until 1979 when the island instituted quality controls throughout the process from vine planting to bottling. 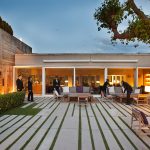