Ibiza has often been referred to as the ‘island of dreams’, and not without good reason. This idyllic Spanish outcrop, perched among the glittering azure waves of the Balearic sea, has long been a playground for people of all walks of life: from the ravers who pack out the world-famous clubs, to the rich and famous, who head to the island’s quieter spots to get away from the hustle and bustle of real life.

In many ways, it’s an island which offers it all. Balmy, summery weather for eleven months of the year, long stretches of sublime golden sands, a wealth of natural beauty and quietude unrivalled by any of its neighbouring islets… and a unique culture based around sensory delight, a touch of hedonism, and an aptitude for luxury. It’s an island which positively welcomes you to let go of your worries and cares, and pamper yourself from sunrise to glorious sunset.

The 90’s and noughties saw Ibiza’s reputation rocket as the ultimate party destination. This was the age when superclub after superclub opened its doors to a ravenous crowd of tanned, skimpily dressed young holidaymakers, all keen to get a piece of the euphoria it offered in spades. However,it’s fair to say that the past decade or so has seen a momentous shift in the way millennials are getting their kicks on Ibiza, along with the kind of sensory delights sought out by the more elite visitor to the island. In 2017, Michelin-starred chefs are the new rock stars, and foodies are the new thrill-seekers. Open, vibrant kitchens, meticulous constructions offering layer upon layer of flavour, aroma, texture and form, serious-faced bearded men roasting hunks of meat over open flames, and culinary gadgets featuring liquid nitrogen… these are the star attractions of this generation. Ibiza is seeing gastro tourists flock to its coastal resorts, and is consistently impressing with plenty of fascinating, envelope-pushing new restaurants. Forever the pioneer, Ibiza has embraced its new status as a fine dining destination, and its chefs seem always keen to keep the foodies on their toes.

Without further ado, let’s take a look at some of the unmissable, luxurious, delicious delights no trip to this island of dreams would be complete without.

No article about gastronomic experiences in Ibiza could pass without mention of Sublimotion, which in many ways redefined the definition of ‘gastronomic experiences’ forever. The concept of this restaurant opened in 2014 by two Michelin-starred chef Paco Roncero, took the idea of Ibiza as a clubbing destination and blended it with the world of fine cuisine… to stunning, mind-bending effect.

The restaurant features a dining room which, when entered, is a pure, plain, empty white space. As the tasting menu starts to arrive, a multi-sensory experience begins: dazzling projections, hallucinogenic, holographic images, music and light combine with the dishes and cocktails served. The food is a combination of Balearic seafood prepared in new and exciting ways by the award-winning kitchen, and experimental dishes which verge on the ridiculous (foie gras doughnuts which float beneath helium balloons shaped like jellyfish…) yet remain utterly delicious. It’s somewhere between a theme park, a restaurant and an acid trip – no wonder it’s regularly hailed as a truly unmissable gastronomic adventure, and the first of its kind.

For most people looking for a luxurious and fun-filled holiday in Ibiza, Lio is top of the list of restaurants to visit. Famous across the island for its wine list – the restaurant runs the most magnificent wine cellar, featuring local and international treasures alike – and its club/restaurant/cabaret crossover appeal, it’s a winner in every sense of the word. Every night seems to see something different happening at Lio, and whether that’s a Moulin Rouge style Burlesque show, or a tasting evening hosted by Ibiza’s most popular chefs, it’s sure to be something fantastic and memorable nonetheless.

If you’re looking for a wonderfully chilled-out after party atmosphere, delicious food, impeccable service, and the kind of views which make the journey to Ibiza worth it in itself, then the Eden restaurant at the Hacienda na Xamena hotel is the one for you. Inimitably cool, and undoubtedly one of the places to be seen while enjoying a luxury holiday in Ibiza, the Eden boasts the kind of multi-sensory dining experience the island has become famous for. Boasting catwalks primed for fashion shows, art exhibitions and live performances of all kinds, as well as Ibiza’s hottest DJs, Eden curates a vibe which is utterly luxurious, and magnificently ambient.

As for the food, Eden serves a high-end version of the kind of pan-Mediterranean fare you find across the Balearics. However, the attention to detail, flavor combinations and skill involved takes the fresh ingredients to another level. Furthermore, the Hacienda na Xamena is renowned for its decadent brunch menu, making it even more inviting after an evening sampling Ibiza’s beloved nightlife.

This increasingly popular restaurant uses simple design and bright, airy spaces to create the ultimate relaxing dining experience. Indeed, as the name suggests, pretty much everything at the Cotton Beach Club is made from pure, white cotton – a brilliantly minimalistic touch which conjures up a sensation of utter comfort, and effortless style, grace and glamour. The menu itself takes standards from across the Mediterranean; plenty of seafood, as one might expect, alongside vast bowls of moules, beautifully cooked paella, and even some seriously good Neapolitan style pizza. The dedication to excellence seen in these dishes is carried over to the restaurant’s main attraction: the cocktail menu, which is long, experimental, and prepared by Ibiza’s finest and most affable mixologists.

Bambuddha is an Ibiza institution, and this stylish, exotic adventure of a restaurant has spawned several imitators… yet none live up to the sheer spectacle of the original. Housed within an enormous Balinese bamboo hut, Bambuddha takes diners on a tropical adventure via spices and fragrances to a world of sensory excitement.

The concept behind this restaurant is to produce a zen-like space, which offers respite for the partygoers, and reflection for those who are already enjoying the tranquility one can easily find on the island. The bamboo decor, the wafts of incense, the seclusion of the private rooms and booths… all comes together to put diners in a state of deep relaxation before the food even arrives. The dishes themselves are a clear step up from the high street pan-Asian eateries on the Ibiza strip, and are made by chefs who more than competently known their way around a spice rack. The duck confit curry gets the most mentions, but we imagine it would be difficult indeed to eat badly here. 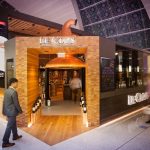 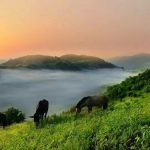