Kavalan, a line of Taiwanese single malt whiskies, have become a global sensation in just a decade. But that doesn’t mean Kavalan’s Master Blender Ian Chang is resting on his laurels. “In the future, we still have plenty of different surprises for you,” says Chang during a recent tasting session showcasing the five newest members of the Kavalan portfolio.

When asked how old his whisky is, Chang likes to reply matter-of-factly, “It’s the right age.”

Kavalan is full steam ahead, with current expansion bringing the distillery to a whopping 9 million liters per annum capacity, which Chang estimates ranks them as the ninth largest single malt distillery in the world. The expansion enables Kavalan to continue offering new surprises, but also to help ensure that their whisky will be more readily available.

“For the next 10 years, we’ll try to expand our global presence,” says Chang. The first decade of the brand’s existence was all about achieving quality and consistency. That’s good news for whisky drinkers, who have been gobbling up all of the surprises thus far and are clearly thirsty for more.

As with all Kavalan whiskies, the latest releases don’t carry age statements

Kavalan’s new ‘fearsome fivesome’ brings their total number of expressions to 27, and the new entrants have wasted no time piling up awards and accolades. The portfolio will continue to quickly broaden as well, with more varieties of port casks on the way, along with peated cask and peated barley expressions in various combinations.

As with all Kavalan whiskies, the latest releases don’t carry age statements—the low ages would assuredly confuse and scare away consumers who didn’t understand how quickly the whisky matures in the sub-tropical Taiwanese climate—although the brand follows a minimum of four years. When asked how old his whisky is, Chang likes to reply matter-of-factly, “It’s the right age.”

As for the whiskies themselves, the Amontillado has been the most highly touted, while on a previous tour of the distillery, the PX stood out as a personal favorite of the author.

One illuminating way to learn more about the Kavalan whiskies is to try them side by side with the actual sherries, which was a component to the tasting Chang was leading on this occasion.

For instance, the Manzanilla sherry showcased tart apple cider on the nose and a strong minerality on the palate. Those mineral notes appear late in the Manzanilla Cask whisky, while sour apple lurked in the background of the nose. Altogether though, the whisky showcased chocolate and nougat, spice and citrus zest, and candied fruits. That specific influence from the Manzanilla sherry was there, but you had to know what to look for and in what way.

The Amontillado sherry showcased a savory, herbaceous nose, with a strong punch of rancio and nuttiness. A lighter rendition of that nuttiness appears in the whisky, buoyed by honey and tropical fruits.

The Moscatel Cask whisky showcases a lighter side than the rest, with a floral, honey influence, whereas the PX Cask whisky is a big punch of robust sherry, sweet and nearly creamy.

Another intriguing side by side comparison was between two individual casks of Kavalan Sherry Cask, an Oloroso sherry cask matured whisky that’s already been available. While the above was a tour of how different types of casks resulted in unique flavors, this was a worthy showcase of how even between casks of the same variety, maturation can produce divergent results.

One of the two casks was bottled as standard Kavalan Sherry Cask, while the other was a private selection by Astor Wine & Spirits, where this tasting was being held. The private cask sherry offered a lighter dose of Oloroso, with more of a citrus and minty side, whereas the Kavalan selection was bigger and richer, with waxy notes and dried fruits giving way to oak and spice.

Outside of the actual ingredients of whisky—barley, yeast, water—Chang pinpoints four additional “ingredients” which are key to Kavalan’s success. The first is technology. “Taiwan has always been known for technology, we should be able to utilize technology to make whisky as well,” he says. The right technology helps provide quality but also ensures consistency, which is equally essential.

It’s not all about high-tech gadgetry though, it’s more a combination of the best of both science and art. “We think whisky making is a fusion of the two: 70% science with 30% art.” As for the latter, that’s primarily seen in blending, and that’s where Chang himself comes into play.

Casks, and the right casks, are the third ingredient

The next ingredient is climate, and the sub-tropical Taiwanese environs at first provided a huge challenge for Kavalan and their late consultant, Dr. Jim Swan. According to Chang, Dr. Swan helped bring the team to the conclusion of, “Instead of fighting the heat, why not harness it?”

When managed correctly, with the help of that technology, the climate allows for highly rapid maturation and signature flavor qualities to shine through. “We think of our heat as a sandpaper and our newly made spirit as a rock with edges,” says Chang, with the goal being to create a smooth sphere. “It helps that our new make spirit is very clean to begin with.”

Casks, and the right casks, are the third ingredient. That’s where a lineup of new releases such as these five can flex their individual muscles, each offering distinctive notes picked up from their maturation in unique casks.

Last but not least is passion, the dedication of the team to always strive forward and improve. “The first thing I think about when I wake up is whisky,” says Chang, which gets a round of laughter from the crowd but in all likelihood wasn’t meant in jest. To further illustrate the point, Chang describes going to the lab for intensive 90-minute sensory sessions. It’s not truly part of the daily grind though. “That’s what I do when I’m bored,” he says.

There’s no doubt that Dr. Swan would be proud

That passion was stoked by the late Dr. Swan, who Chang shows the utmost of reverence. “He was a very special gentleman, he’s the person I learned everything from… whether whisky related or just in life,” says Chang. He jokingly refers to Dr. Swan as “my Mr. Miyagi,” while showcasing a photo-shopped movie poster from The Karate Kid morphed into The Whisky Kid, with his and Dr. Swan’s faces in their respective roles.

Dr. Swan passed away earlier this year, putting the industry in mourning. The industry mourned because of the impact Dr. Swan made not only on whisky, but also the impact he made on individuals, and the many lives he touched. “As Dr. Swan said, it’s a very gentlemen industry,” recalls Chang, noting to another round of laughter that the exception is when it comes to sales.

In looking at these new whiskies—not to mention in seeing how far Chang and Kavalan have come in their 11 years together since the distillery was founded—there’s no doubt that Dr. Swan would be proud. 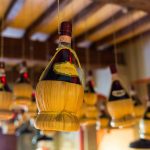 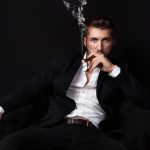