A distilled spirit known by few outside of Bolivia’s borders caught the eye – or, rather, taste buds – of an Academy Award-winning director (Traffic) during the making of one of his films. It struck him so powerfully,  it kickstarted The Steven Soderbergh Adventure – and brought the world Singani63.

From that moment on, Singani would no longer be Bolivia’s  best-kept secret

During the filming of Che in Bolivia in the early-2000s, director, producer, screenwriter, cinematographer and editor Steven Soderbergh was given a taste of the nation’s high valley spirit: Singani.

From that moment on, Singani would no longer be Bolivia’s  best-kept secret, and bringing the beauty of this spirit to the wider world would become something of a mission for Mr. Soderbergh. He bought distribution rights, branded it as Singani63, and invited anyone and everyone to try his new-found favorite liquor. Since its world premiere, Singani63 has taken home an impressive gold medal from the International Craft Spirits Awards.

The Mechanics of  a 500-Year-Old Spirit

Singani is a clear spirit, distilled from Alexandria Muscat grapes grown in the high valleys of Bolivia – situated at an elevation of over 5,250 feet above sea level. It was first produced in the 16th century by monastic communities after the Spanish arrived in South America, and is now classified as both a Domain of Origin (DO) and Geographical Indication (GI), meaning that – just like Tequila or Champagne – real Singani can only be produced in certain designated areas.

The grapes used in the production of Singani are harvested just once per year, and the harvest is undertaken mostly by hand due to the steep Andean slopes that they’re grown on. Once gathered, the finest grapes are hand-selected. These are then fermented, and distilled in stainless steel tanks for six months; they undergo no wood barrel aging, blending, or exposure to additives of any kind. The resulting spirit is then bottled, and clocks in at the 80% proof mark.

It is advised to first try Singani on its own

How to Consume Singani63

Singani is celebrated for its clarity, purity, and uniqueness of flavor, which comes about as a result of its high altitude terroir, and the lack of any intervention or additives in its production. It is a cousin to Pisco, a brandy made of several grape varietals in regions of Chile and Peru, and in international trade law, it is itself classified as a brandy.

However, many will disregard this labeling as a blanket misnomer, as it contains no sulfates, colorants, or extensive aging, and as such fits more comfortably into the eau-de-vie classification. But as a unique spirit in its own right, Singani has a very clean, smooth, and soft profile. It successfully combines floral, citrus and spice notes, together with an approachability which is difficult to resist.

The oldest documented Singani cocktail dates back to around 1608 when Potosi miners mixed Singani with hot milk and spices in order to produce a warming drink. Resources were sparse in that time and place, but today, the possibilities for mixing Singani are broad and exciting.

Because of its exceptionally unique flavor profile, it is advised to first try Singani on its own, the way it’s most often and most traditionally consumed. But, given that it is a clear, unaged spirit, it also plays very nicely in a wide variety of cocktails, from a simple mix of ginger beer to an alternative base for a sour or martini.

Where to Find Singani63

Singani, or Singani63 to the rest of the world outside Bolivia, is still rather low-profile – you’re not about to find it at the local liquor store or the corner dive bar just yet. That being said, you can buy it online (in states and countries where it’s legal to ship-to-home), or find it at the best bars in the city (and the world), like Pegu Club, Employees Only, and Death & Co. A complete list can be found on Singani63’s website. 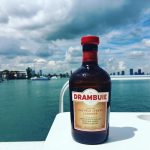 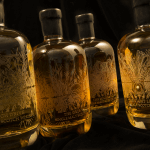