New York is many things, to many people. It’s a collection of instantly recognizable landmarks and buildings, tied together by a bustling, hectic subway network. It’s America’s cultural heartland, home to museums, galleries, and a prestigious artistic history which provided inspiration for Warhol and Pollock, Basquiat and Hopper, Coltrane and Joplin and hundreds more besides. It’s a multicultural, multiethnic, multilingual success story, which pulses to the beat of its own unique rhythm. It’s home for no less than eight and a half million individuals.

All of these things are true, but New York is arguably at its best when it combines the sophisticated with the approachable, the curated and exclusive with fun, jollity, and joie de vivre. This was the spirit of pop art, and this was the spirit of jazz. It’s also the spirit of Manhattan’s most celebrated wine and spirits retailer, the irrepressible Park Avenue Liquor Shop, found right in the throbbing heart of New York City – not, as one might expect, on Park Avenue, but on the ever iconic Madison Avenue.

The store appears to be an Alexandrian Library of liquor.

For over 50 years now, Park Avenue Liquor Shop has been collecting, curating and selling its wares, bringing New Yorkers (as well as the increasing crowds of tourists the iconic store front attracts) the best the world has to offer when it comes to wine and spirits. The Goldstein family – who welcome their customers each day – shepherd the onlookers and connoisseurs alike through the store, where they’re faced with what appears to be an Alexandrian Library of liquor; an array of dizzyingly high wood-paneled shelves, groaning under the weight of bottles of all shapes, sizes, and colors.

Here, true treasures await those who seek out life’s finer things. Park Avenue Liquor is home to some of the world’s rarest wines – including a Magnum of 2005 Petrus, Bordeaux, which cost fifteen thousand dollars per bottle – as well as a Cognac, Camus 5.150 masterpiece collection at fourteen thousand dollars as unique and memorable as the store itself. It’s a mecca for oenophiles, a curio for passing tourists, and the life’s work of the Goldstein family members, whose hands-on approach and a clear sense of pride and accomplishment is reflected in every aspect of this stunning shop.

Maintaining excellence across the decades

Park Avenue Liquor has seen the city of New York change and grows over the past century. As the name suggests, the store’s original address was 97 Park Avenue, where it was based between 1934 and 1963, but it took two moves before it found its spiritual home in 1975, in the heart of Manhattan on Madison Avenue where it remains today.

Michael Goldstein, the renowned president of the store and its collection, was and remains a man with a vision and a mission; to put together an inventory of wines and spirits that could serve those in New York who demand the finest, the rarest, the most celebrated and sought after. Within the walls of his shop, those who seek to find will always be presented with a cornucopia of individually selected bottles, chosen for their excellence, their value and the fact that they have something to offer both the curiosities of the proprietors and the tastes of their valued customers.

Today, Park Avenue Liquor is all about wish fulfillment, exclusivity, and the personal touch. Third generation Goldstein family member Jonathan is keen to point out the draw of their specialist items, and the sort of customers they attract: “We have been very active with our Exclusives program – for over twenty years we have had exclusive bottlings to offer our customers. In the past, we have bottled Single Malts, Bourbons, Rye, Tequila, Mezcal, Cognac, American Brandy and more.” He goes on – “Many of these bottles have received very positive reviews and ratings, and many have become very collectible. They have been seen commanding high prices at spirits auctions…at this time, we are stocking ten different exclusive items. This program makes our shop a destination for enthusiasts, tourists, and especially for gift givers.”

In the wine cellar, you can find some jaw-dropping examples of the world’s greatest viticultural triumphs.

Jonathan Goldstein understands the importance of ensuring Park Avenue Liquor Shop remains at the very peak of its powers, and well on top of its game. He’s been responsible for – literally – carving out a new home for the store’s most prized wines, converting what was once a ladies bathroom beneath the store into a specialist wine cellar, where you can find some jaw-dropping examples of the world’s greatest viticultural triumphs. The aforementioned cases of Petrus kept safe for decades, can be bought from Park Avenue, as can dusty bottles of Chateau Mouton Rothschild, Cheval Blanc, and what reads like a roll call of items from a wine collector’s most feverish dreams. It doesn’t end in the cellar beneath, either. The Goldsteins keep thousands of cases of premium wines such as these across town in a former nightclub, which has earned them the reputation of being the liquor store which never, ever sells out, and which can always get you what you want.

An unrivaled passion for Whiskey

While wine is obviously very dear to the Goldsteins and forms the cornerstone of what they do and what they’re known for, the spirit closest to Jonathan’s heart – and those of his kin – is Whisky.

The largest collection of these spirits to be found in any store in America.

“One the many things which set us apart from other shops is our selection of Whisky,” says Jonathan. “When we designed our current shop – we moved in about 30 months ago – we knew we wanted to highlight this. Now we have a ‘Wall of Whisky’ to showcase our collection.” This ‘wall of whisky’ is demonstrative of the Goldstein’s theatrical side, and part of what makes their shop such a draw with curious passersby; it’s a long, tall set of shelves, on view behind the shop’s counter, and it glitters with hundreds upon hundreds of bottles of whisky, gorgeously displaying the myriad hues this spirit comes in. This isn’t a hotch-potch collection, though – it’s a carefully put together museum exhibit of a display, based around single malt scotch Whiskey, and split into regional categories. Speyside Whiskeys sit beside Islays, bottles from the Highland regions show themselves off next to those from the islands… it’s a wonder to behold, and a clear example of what Jonathan says when he’s talking about what sets his shop apart. Indeed, Park Avenue Liquor Shop is the place for single malt Scotch Whiskey – it has the largest collection of these spirits to be found in any store in America.

Celebrating the past, with an eye on the future

Park Avenue Liquor Shop clearly has some highly esteemed clients – this kind of alcohol and these sort of collectibles are always going to draw the attention of some seriously big names – but they’ve always been highly discreet as to who they work with. That’s not to say that they haven’t proudly welcomed some highly prestigious guests, though, or accepted some stunning awards for their services to the luxury sector and fine wine and spirits industry. Upon hearing about another of their displays – this time not a wall of Whiskey, but a vertical display of highly valuable Mouton-Rothschild magnums – none other than Baron Philippe de Rothschild himself paid Park Avenue Liquor Shop a visit. The Baron is perhaps one of the biggest and most influential figures in the world of fine wine production, and his endorsement and personal message of thanks must have been hugely special for Michael Goldstein. Michael’s efforts were formally recognized, too, in the year 2000, when he was the recipient of the European Wine Ambassador’s award, to give further thanks for his work in bringing the finest examples of European viticulture and distillation to the United States of America.

The Goldsteins are always looking for the next big thing.

Despite their cult status, despite their long list of illustrious clients, the ever-revolving crowds of gawping tourists and those who cannot resist purchasing the treasures of their impressive collection, the Goldsteins are always looking for the next big thing. When asked what might be next for their exclusive line, Jonathan Goldstein is quick to answer. “To continue this program in the future, I think it would be great to partner with different groups of influencers. For example, what if we gathered a number of the US members of The Keepers of the Quaich and asked for a Blended Scotch?”

It seems as though Park Avenue Liquor Shop remains in safe hands – always looking for new frontiers while maintaining a deep respect for the artistry of the past. They are, in essence, an example of what New York really does do best. 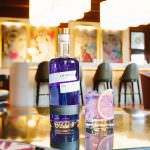 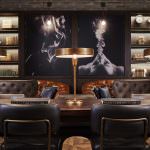