Minus 5° Ice Attraction is a winter wonderland in the middle of the Mojave Desert, where your beer gets colder as you drink it. Cocktails are not only served in ice-carved glasses but the bar itself is kept at a consistent -5° Celsius (23° Fahrenheit) with the walls, tables, benches, and art made entirely from ice.

Here your beer gets colder as you drink it

“There’s nothing really like it around,” says Noel Bowman, owner of Minus 5. “Steakhouses can come and go, and they’re all great, but there’s a million of them. This is different.”

“You’re going to feel like you’re at the beach,” says Bowman. “There’s an ice wave. Lyrics in ice. We’re having some fun with it.”

Minus 5° currently has two locations on the Las Vegas Strip—Mandalay Place inside Mandalay Bay Hotel and Monte Carlo Hotel. There are also locations in New York and Florida.

Upon entering the bar, customers are outfitted with special gear, designed to keep them warm in the sub-zero temperatures, including faux fur coats, gloves and hats, and music and LED lights help create a communal party atmosphere. It’s a magnet for celebrities, attracting many Hollywood stars including Lindsey Lohan, Snoop Dogg, Heidi Klum, and Morgan Freeman.

As for the menu, it includes an array of liquor although vodka takes pride of place. Some vodka flights are even served with imperial Siberian caviar, completing the atmosphere of arctic decadence Secret menus for higher-end brands and VIP packages vary from city to city, and the bar is also available to hire for those who wish to host private events.

Bowman and his business partner came up with the idea for Minus 5 while traveling in Sweden, where they came across pop-up ice hotels left, which are meticulously constructed each winter, then left to melt away in the summertime. The life-sized ice sculptures inspired them to build an ice palace that could remain intact year-round. They opened their first Minus 5 location seven years ago at Mandalay Bay.

“If you told me we’d have five of them I’d say you were crazy,” says Bowman, “but we managed to figure out how to sell cold air and make it fun.” 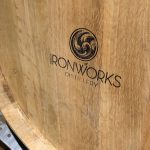 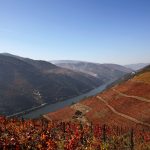