It seems fair to say that this article – regarding how long one can store an opened bottle of wine – might appear a little pointless to many wine fanatics. After all, in my household and many others, the concept of leftover wine is one which rarely gets considered, as bottles are polished off with great gusto, accompanied by great food and scintillating conversation.

However, many people are a little more restrained than me when it comes to their vino consumption, and there are several perfectly reasonable explanations for this. Perhaps you’re one of those individuals who likes just a small glass of wine before bedtime, and as such, may take up to a week to finish the whole bottle. Perhaps you’re into wine tasting, and open multiple bottles at once, and are looking for ways to make those bottles last a little longer. Maybe you’re a wine collector and need to eke out the most of a valuable or well-aged prized collectable.

When you open a bottle of wine, oxygen enters the bottle, and immediately begins affecting the liquid

Whatever your reasons may be, it’s always useful to know just how long you can reasonably expect your wine to last for once opened, before turning unpalatable. We’ve put together a quick guide to help you make the most of your beloved bottles, and avoid any crushing disappointments when returning to an opened or stoppered wine.

Why does wine turn bad?

It’s important to remember that essentially, wine is a natural product. It is made from grapes, and really, very little else. As such, it is susceptible to the same kind of degradation and spoilage as any other natural food or drink – especially those based on fruits.

The main enemy of wine is oxygen. Tiny quantities of this vital gas may benefit wines by slowly, gently softening the tannins and acids in full-bodied examples (indeed, the ageing process fundamentally involves minuscule quantities of oxygen seeping through the barrel or cork over long periods of time), but too much too soon, and your wine will rapidly oxidise and turn flat, tasteless, flabby and unpleasant. When you open a bottle of wine, oxygen enters the bottle and immediately begins affecting the liquid. This has beneficial results for the first few hours – actually, many red wines taste better the day after being opened – but any longer, and the results begin to become detrimental, deadening the structure, balance and flavor and aroma profiles of the wine.

That being said, the majority of wines will remain at least drinkable for a few days after being opened, so long as the following basic practices are observed:

How long do white wines last once opened?

Lighter, brighter white wines and several summary, sharp rosé wines are valued for their zestiness, crispness and freshness, and this set of characteristics really does rely on all of their acids remaining intact in the bottle. As such, exposure to oxygen can affect these wines relatively quickly, softening their character too much, and making them flabby and uninteresting. While they will be reasonably fine to drink within seven days with a high-quality stopper, try to consume these wines within three days if you want to make the most of their unique characteristics.

Fuller bodied white wines, like Chardonnay or Viognier, are a different matter altogether. Because their structure requires some aging before they are bottled and released, they have already been subject to certain levels of oxidation. As a result of this, to leave these wines unfinished for more than three days would be something of a mistake, as you’ll find that on the fourth day, you will be facing a rather flat and unpalatable drink indeed.

How long do red wines last once opened?

Because red wines are made with the whole of the grape (including the skins, pips and stems) and not just the juice, they contain plenty of tannins. These chemicals cause that drying, puckering sensation on the tongue associated with full bodied red wines, and they require a certain amount of oxidation in order to become soft, rounded, palatable and more balanced. As a matter of fact, red wines become more fragrant and flavourful after a period of oxidation, as the tannins ‘grip’ the compounds which release flavors and aromas into the glass.

Because of their specific properties, medium and full-bodied red wines like a Syrah, Cabernet Sauvignon or Bordeaux blend will be perfectly happy stoppered in the fridge for five days or so, and will probably be at their peak on days two and three. Lighter-bodied red wines, such as Pinot Noir and Sangiovese, will need to be drank within three days in order to make the most of those luscious, juicy flavors.

The great survivors of the wine world are, of course, the fortified wines. Because they have been bolstered with grape spirit or brandy, fortified wines such as Port, Sherry, Madeira etc remain perfectly palatable for up to 28 days after popping the cork, so long as they are kept out of direct sunlight and somewhere cool.

To leave sparkling wines to go flat is something of a crime,…

Sparkling wines, however, sit at the other end of the scale. These wines are adored for their refined bubbles, their effervescence and the way this fizzy character carries flavor so elegantly… to leave these to go flat is something of a crime, and unless you have a special sparkling wine stopper or an inert gas system to use, it really would be a shame not to drink these within 36 hours of opening.

There are plenty of ways to get an extra few days or so out of your opened bottles of wine, from expensive gas pumps, to sophisticated stopper systems. However, for the most of us, a little know-how and some enthusiastic wine drinking friends tends to be enough to not let your precious vino go to waste! Enjoy! 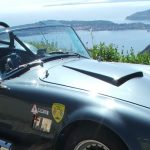 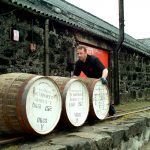