On the day the Twin Towers fell, Michael Myers, a beauty and fashion photographer in New York City, was on the street near his home with his small children, trying desperately to shield them against the smoke that was filling the air and the screams that could be heard three blocks away. Soon after 9/11, Myers and his family escaped the city and traveled to Colorado, intending to stay with relatives for just a little while.

They ended up falling in love with the place, so Myers shuttled back and forth to New York City for a few years, trying to keep his photography business alive, yet soon realized that he had to decide between his career or his family. He dabbled in a few other industries, trying to forge a new path, until one day he read an article in Vanity Fair about distilling Gin. “I thought, hey, there’s something I really want to do,” he says, “and I can do that and still stay in Colorado.”

Myers, who grew up in Georgia, thought distilling his own spirits wouldn’t be too difficult. “People used to make Moonshine in the woods,” he laughs. “How hard can it be?” He started reading everything he could on the subject and watched hundreds of how-to videos. Once he felt ready to purchase a still, he knew he couldn’t afford to buy it new, so he used his creative talents to design one himself. He briefly wondered where he would get the copper, until he realized that he had all the copper he needed, in the copper plates he had used over the years for his photo-developing process. He sent his plans off to a welder, funding the welding services by selling some of his other photography equipment. The still was ready to go on September 9, 2011, with his first Whiskey distillation taking place two days later—on the 10th anniversary of 9/11.

Myers opened Distillery 291 in Colorado Springs, Colorado, in 2011. The name was somewhat of a no-brainer, he explains: “Gallery 291 in New York City was the first photography gallery in the world, and 291 was the number of my dorm room when I was in college studying photography.” The front tasting room is what Myers calls “an educational room where we focus on educating the consumer.” The bar is a classic Old West type, open on both ends, with no stools in sight so folks can “belly up to the bar.” Myers built most everything you see, like the lights made from Whiskey-barrel hoops, the barrel-stave paneling, and the bar itself, which has beveled edges reminiscent of the decorative frames he used to handcraft to display his photos. He even designed the bottle labels; he transformed his own handwriting into a unique new typeface.

During tours of the distillery (reserve online), visitors can admire the copper still that Myers crafted from his photogravure plates. Look closely and you’ll see some of the original etched images from the plates that are visible on the side of the still, including a partial image of mountains. When you return to the tasting room, you’ll see the complete mountain scene in the framed photograph hanging behind the bar.

Although he makes only Whiskeys, Myers has carved out quite a name for himself in the craft-distilling world in just a few short years. “Sam Elliott drinks my Whiskey on his TV show The Ranch,” he says proudly. Myers is also one of the featured distillers in the upcoming documentary The Whiskey Film, due out at the end of 2018 or early 2019. 291’s flagship spirit, 291 Single Barrel Colorado Rye Whiskey (101.7 proof), has won numerous national and international awards, including “World’s Best Rye” at the 2018 World Whiskies Awards; it’s aged in American white oak barrels for one year, then finished with aspen staves. Other spirits include 291 Single Barrel Colorado Bourbon Whiskey, 291 Barrel Proof Colorado Bourbon Whiskey, 291 American Whiskey, 291 Fresh (unaged) Colorado Whiskey, 291 Colorado Rye Whiskey White Dog, and 291 Bad Guy, a four-grain wheated Bourbon that was originally made as an experiment but quickly became a favorite. There’s also The Decc, a fruity and peppery citrus-clove Whiskey liqueur inspired by Colorado’s crisp weather (but delicious in the summer, too). Sip your Whiskey straight, or let the bartender mix up an inventive cocktail, like the popular Whiskarita, made with 291 Fresh Colorado Whiskey instead of Tequila but tasting surprisingly like a margarita.

Although Myers feels firmly planted in the craft-Whiskey business now, he says he doesn’t mind being reminded of his photography career every time he sees his beloved copper still. But even if he didn’t have that, he knows he would still have plenty of photography memories every day: “The careful, step-by-step process of making Whiskey is very much like the process of developing photos.” 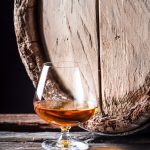