The poet and novelist LeRoi Jones once stated: “Art is whatever makes you proud to be human” – a powerful thought, and one which we tend to agree with.

We’d also be tempted to say that art is whatever transcends the ordinary, whatever human endeavors goes the extra mile, makes the extra effort to be extraordinary. It is something which piques the senses, captivates the imagination, takes us away from our daily existence… even just for a moment.

Now, we doubt very much indeed that LeRoi Jones was thinking of fine spirits when he made his memorable statement, but when it comes to certain Cognacs, the lines between art and craft become somewhat blurred in a most exciting fashion. Hennessy, particularly, is a Cognac which plays with this notion of artistry more than most. Not only is it made using the kind of small-batch, hands-on method we associate with master craftsmen, it is a brand which has made a consistent effort to stay on the cutting edge of contemporary art and design.

The association between Hennessy Cognac and fine art and design has become an iconic pairing over the decades. While older releases focused on more traditional painters and designers, the choices made in the last couple of years as to who gets to put their stamp on the most famous bottles of brandy in the world have been radical, to say the least. The years 2010 – 2016 saw cult graffiti artists such as New York graff hero Futura add his distinctive scrawl to the list of Hennessy endorsed artists, as well as iconoclast Shepard Fairey, and Portuguese enfants terribles Os Gemeos, too.

The juxtaposition between the classic, timeless aged Cognac, and label and bottle designs which sit at the very edge of contemporary art and design is a thrilling one to follow. Hennessy bottles are made to be admired in every possible sense, and the pleasure one gets from collecting their limited edition releases, enjoying the bold and envelope-pushing design, and then tasting and experiencing their masterfully made spirit, is a multi-sensory experience which sits up there with the greats.

An Inspired Choice of Designer

Once again, Hennessy has proven that it is a brand unafraid of taking risks and redefining its image. Nor is it unable to pull in the biggest names in contemporary art and design, to ensure it stays at the peak of its powers when it comes to image as well as taste. This year will see the launch of the latest Hennessy X.O Cognac limited edition, which will come in a stunning and striking bottle designed by Marc Newson, who has taken it upon himself to reimagine the iconic shape of the Hennessy bottle and add his distinctive, minimalist, geometric style to the brand.

To say that Newson is an inspired choice for Hennessy’s latest bottle design would be something of an understatement. A multi-award winning Australian industrial designer, Marc Newson has repeatedly been hailed as the most influential designer of his generation. He’s a true visionary; someone who has broken free of the trappings of post-modernism in design, to bring something genuinely new and exciting the various fields in which he works. As versatile as he is sought-after, Marc Newson has recently lent his talents to brands as diverse as Louis Vuitton (for whom he reimagined their iconic suitcase design), Nike, Mont Blanc and Atmos, each of which has benefitted from his fascinating and highly recognizable approach. Soft edges, futurist colors and materials, and more than a hint of retro, effortless cool make their way into his designs – all features which can be found on the latest Hennessy bottle.

Marc Newson is – and has always been – a comfortable citizen of the world. Although hailing from Sydney, he spent his childhood traveling throughout Europe and Asia, where he would have been exposed to several aspects of the late modern design style he’d go on to incorporate into his own work. Today, he’s based between three significant cities for design – London, New York and Tokyo, and he continues to work tirelessly with an impressive portfolio of clients. It seems no modern design industry has been able to resist his generation-defining style: Newson has designed aircraft, luxury goods, high fashion pieces, watches, items of furniture, household electronics… the list is exhaustive, the reach of his talents have been significant, with countless new designers claiming him as a major influence.

The limited edition Hennessy X.O is classic Newson. He claims that he wanted to recognize in his design that Hennessy is a brand which has transcended time, and which has remained relevant and contemporary despite its age – and this truly shows in his work. Newson’s version of the Hennessy bottle takes the iconic shape of the original, and plays with those key features, paring it down to a purer, softer form. However, his boldest move was to add striking horizontal relief lines to the outside of the bottle, giving it a striped effect and adding emphasis again to that iconic shape.

Art is whatever makes you proud to be human

Newson’s work on the new Hennessy X.O release goes beyond the design of the glass bottle, too. He’s also recreated the packaging for the Cognac, creating a clear plastic presentation box – the kind more commonly used for perfume bottles, a product Newsom is more than familiar with. The overall effect is unusual, eye-catching, and comfortably secures Hennessy’s creative and craft full status for the foreseeable future. Art comes in many forms, indeed. 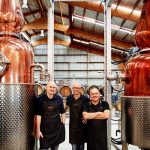 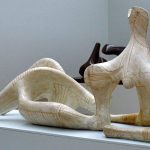