[vc_row 0=””][vc_column][vc_column_text 0=””]Everyone remembers their first well-made cocktail. It was that first time you took a sip of a drink and thought “wow, that’s really good.” For me, it was a drink called the Boulevardier; a stirred, equal parts mixture of Bourbon, Campari, and Sweet Vermouth. It immediately became my favorite drink and still holds that spot today.

The Boulevardier traces its origins directly back to a humble little book titled “Barflies and Cocktails.” Published in 1927 by Parisian bartender Harry McElhone, this book contains hundreds of recipes but doesn’t feature the cocktail until the very end. In an epilog of sorts, McElhone muses over his favorite bar guests (barflies) and what they like to drink.

The Boulevardier relates to a gentleman named Erskinne Gwynne, and the passage goes something like this: “Now is the time for all good barflies to come to the aid of the party, since Erskinne Gwynne crashed in with his Boulevardier cocktail; 1/3 Campari, 1/3 Italian Vermouth, 1/3 Bourbon.” 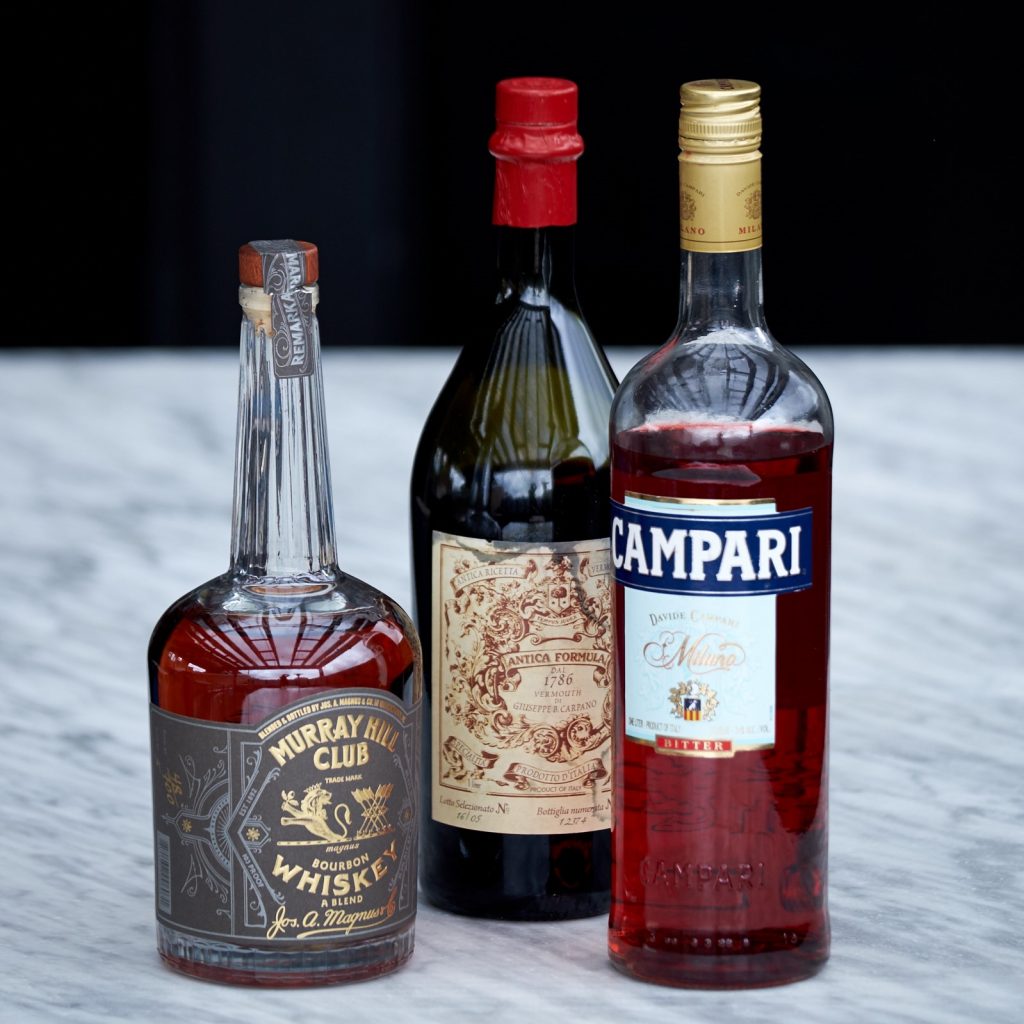 And with that, we begin our story.
Like most major European cities, Paris saw a major increase in demand for the American–style cocktails and cocktail bars leading up to the 1920s. With Prohibition looming, many bartenders and bar owners could see the writing on the wall and decided to leave the U.S. and apply their trade elsewhere. One such bar owner was Tod Sloan, a famous horse jockey. Sloan purchased a small bistro in Paris in 1911, dismantled another bar he owned in Manhattan and shipped it over piece by piece so that ex-patriots would feel like they were back home. He christened it “The New York Bar”.

Fast forward to 1923 and one of Sloan’s bartenders, Harry McElhone, bought the place. Today, open still at the same location Harry’s New York Bar is at 5, rue Daunou, in the 2nd Arrondissement.
It was around this time that Harry’s became a popular spot for famous authors and artists as well as locals. One such local was Erskinne Gwynne; the editor-in-chief of a popular literary magazine in Paris similar to The New Yorker. Its name was The Boulevardier, a title in those days synonymous with Bon Vivant. 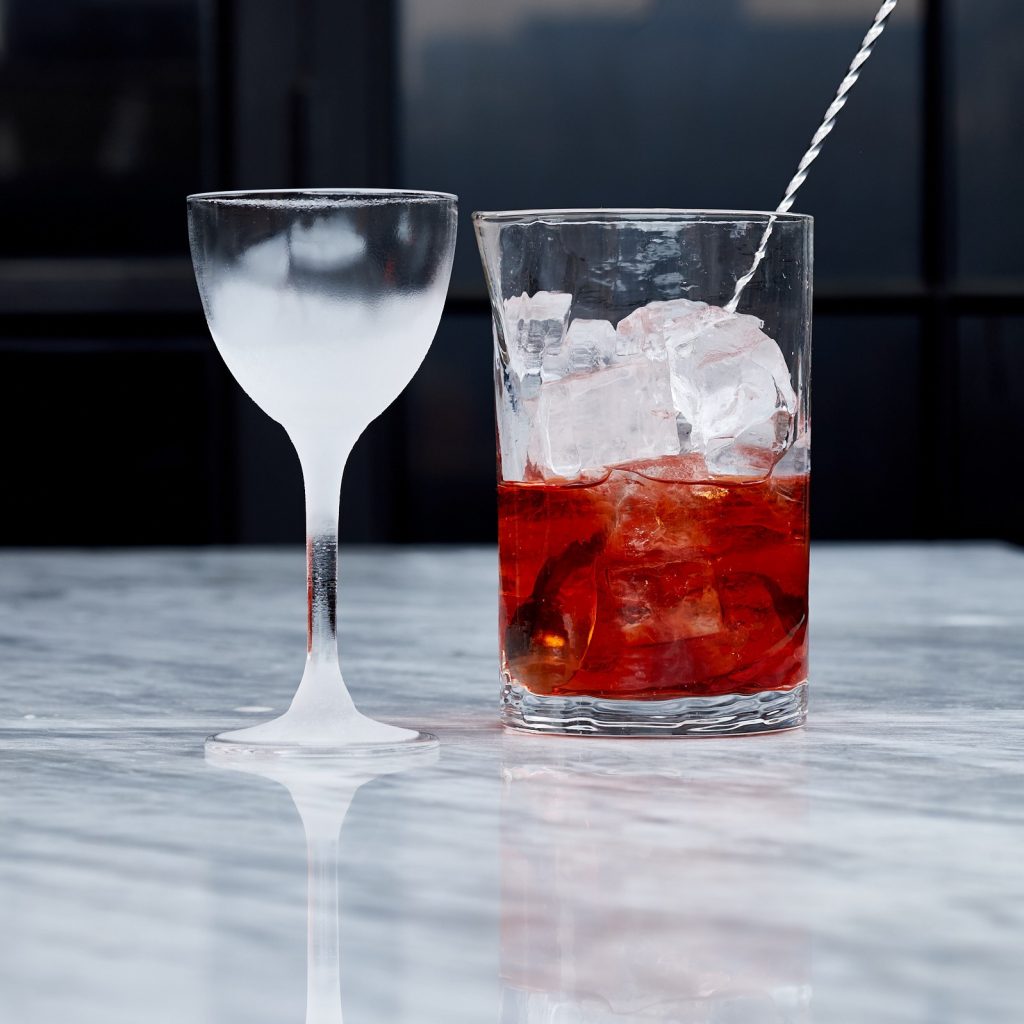 One of the harder things for a bartender to create is a great, three ingredient, stirred cocktail. Everything must be perfectly executed – from the spirits you choose to work with, to the ratio of each ingredient in order to achieve the ultimate goal of any drink: balance.
It’s the harmony of different and distinct flavors that when properly brought together can make the resulting drink so much more than just the sum of its parts. The Boulevardier is just that. The first ingredient used is Campari, a bright red, iconic liqueur hailing from Milan that lends a unique citrus-like bitterness. Originally created in 1860 by Gaspare Campari and with its first commercial bottling plant opening in 1904, it is surprisingly the youngest ingredient in the cocktail. The next ingredient listed is “Italian Vermouth” or Sweet Vermouth. At the time, Italy was known for its slightly bitter but much sweeter fortified wine, made possible by the addition of caramel. 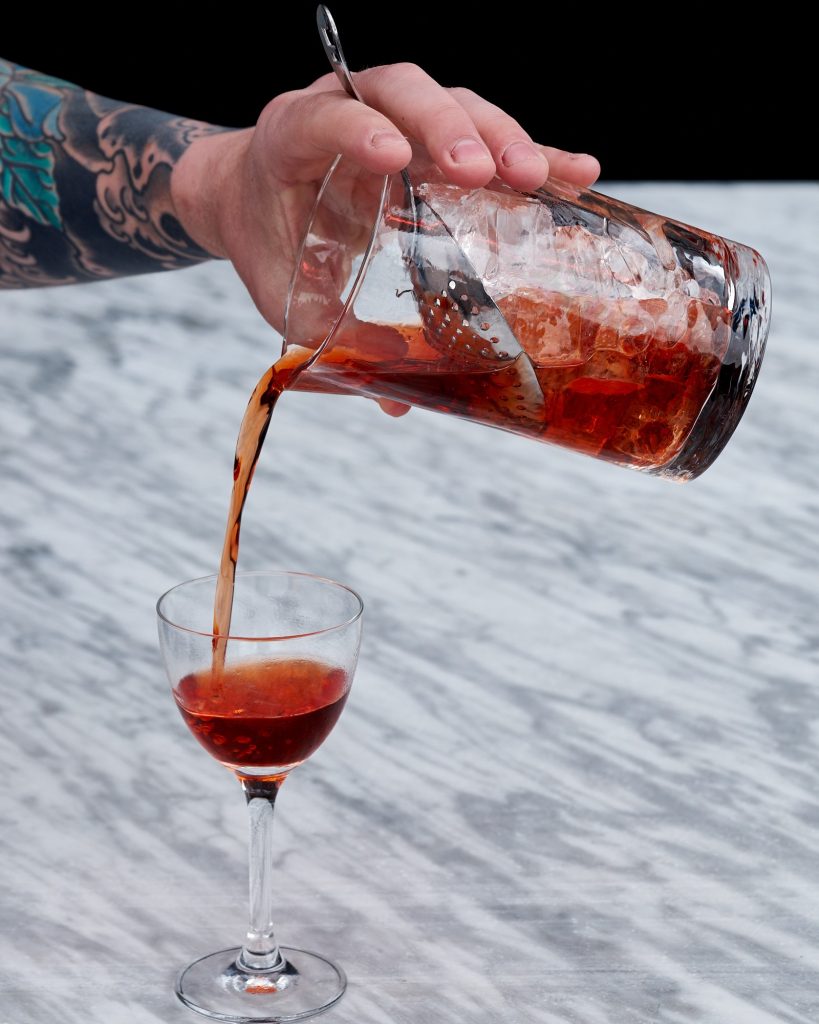 Bourbon is the most interesting of the three ingredients. Bourbon, which in 1964 was declared by Congress to be “America’s Native Spirit,” had been made in the U.S. in a variety of forms since the mid-1700s. What makes it so intriguing in this cocktail is that Barflies And Cocktails was first published in 1927, right in the middle of prohibition. How was Harry’s able to provide a spirit that was effectively impossible to get?

Ratified on January 16th, 1919, the 18th Amendment to the U.S. Constitution effectively made illegal the production, sale, and transportation of alcohol. But there are a few aspects to this amendment that could have made it possible for Harry McElhone to have a ready supply of Bourbon on hand. It was ratified in 1919 but didn’t go into effect for a full year. This was done intentionally to give the beer, wine and liquor industries time to either convert their factories to other uses or sell off their product and equipment. The 18th Amendment made it illegal for U.S. citizens to buy alcohol, but it was never illegal to possess or consume it. Americans and ex-pats spent that year stockpiling as much alcohol as they could, and American distilleries were selling their wares en masse to other countries. Another variable was that the 18th Amendment allowed for the production of distilled spirits for medical or religious purposes. Distilleries had to file for and get approved for a special permit that would allow them to do so. By the time the new laws were enacted, however, only six distilleries had those permits, but there was still whiskey being made. And finally this cocktail was created for a friend and regular bar patron, so there’s a very good chance that while Harry’s New York Bar either had a decent stash or maybe just limited access to bourbon, they used it sparingly and mostly for favored guests of the bar. 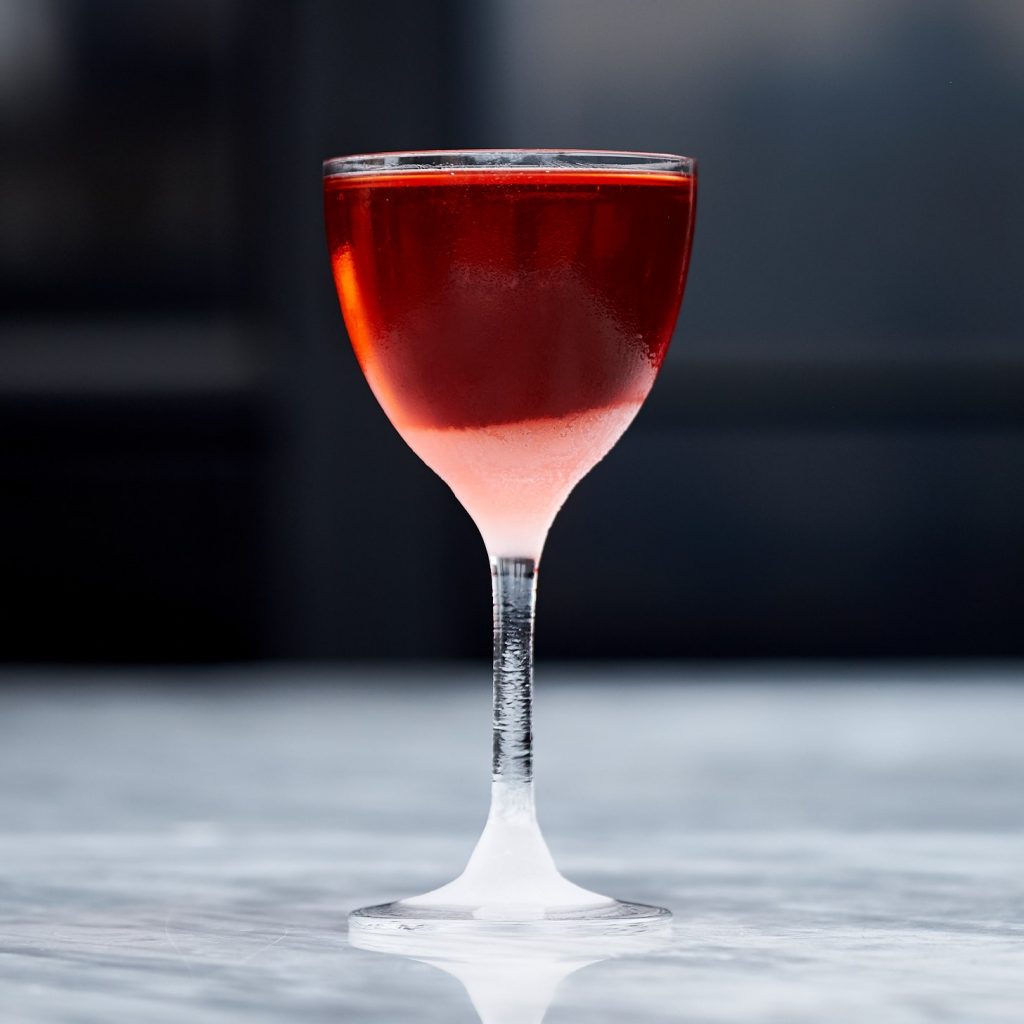 Ultimately one of the things that make this cocktail so special is that Harry’s New York bar is still located in Paris, owned and operated by Harry McElhone’s family. Of all the classic cocktails, few can trace their roots back to a specific bar, and even fewer can claim that those bars are still alive and well. This puts the Boulevardier in a pretty unique category. Ninety years have passed since this drink was created, and you can enjoy this cocktail at any decent bar across the globe. But if you really want a taste of history or are maybe just a romantic at heart you can sit down at the bar that started it all, that’s served drinks to the likes of Hemmingway, Capote and Fitzgerald and order the classic Boulevardier. Add all ingredients into a mixing glass and add ice. Stir for 20 seconds and strain into a chilled coup glass and enjoy! 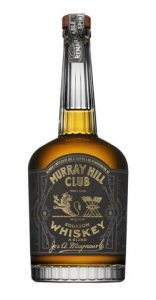 Murray Hill Club is the historic Magnus flagship brand, and is a blended bourbon whiskey – Magnus Master Blender Nancy Fraley is to be commended for her work to get the balance just right – the Murray Hill Club a blend of 18-year bourbon, 11-year bourbon, and a bit of 9 year-old light whiskey to round out the flavor — it is truly an exceptional and unique product.[/vc_column_text][/vc_column_inner][/vc_row_inner][vc_column_text]

Carpano Antica Formula is the king of red vermouth. Vermouth, an “aromatized wine” that’s flavored with a variety of botanicals such as wormwood, chamomile, orange peel, rose petals, calamus root, elderflowers and gentian. This unique style is very well received by cocktail fanciers. Carpano, founded in Turin, Italy, by Antonio Benedetto Carpano, is said to have issued the very first commercial brand of sweet vermouth in 1786, and the recipe for this new bottling is reportedly based on an “ancient formula.” This is a forthright vermouth, but not overpoweringly so. It offers a very complex palate, and there’s a hint of vanilla that’s seldom found in other vermouth bottlings.[/vc_column_text][/vc_column_inner][/vc_row_inner][vc_column_text]

ampari is an aperitif and cocktail ingredient, fairly common in classic cocktail recipes and equally delicious on its own. Perhaps best known for its characteristically bright red color, it tastes bitter and herbal and is still made in Italy, where it originates.

While the exact recipe is kept as a closely-guarded secret, we know that Campari is made by infusing herbs and fruit in alcohol and water, and many suspect its predominantly bitter flavor comes from the “Chinotto” fruit – a fruit that resembles a small orange, but tastes sour and bitter. The distinctive red color was originally derived from Carmine Dye – a dye made from the ground up scales of cochineal insects.[/vc_column_text][/vc_column_inner][/vc_row_inner][/vc_column][/vc_row] 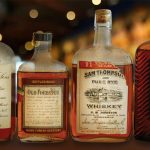 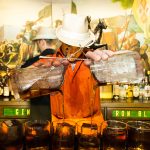