Great cocktails are a must.

Probably a combination of all these things.

But it’s also something much more, according to Jordan Thomas, manager of The Bristol, an elegant, understated bar located in Boston’s Four Seasons Hotel that has been wholeheartedly embraced by locals and visitors alike. 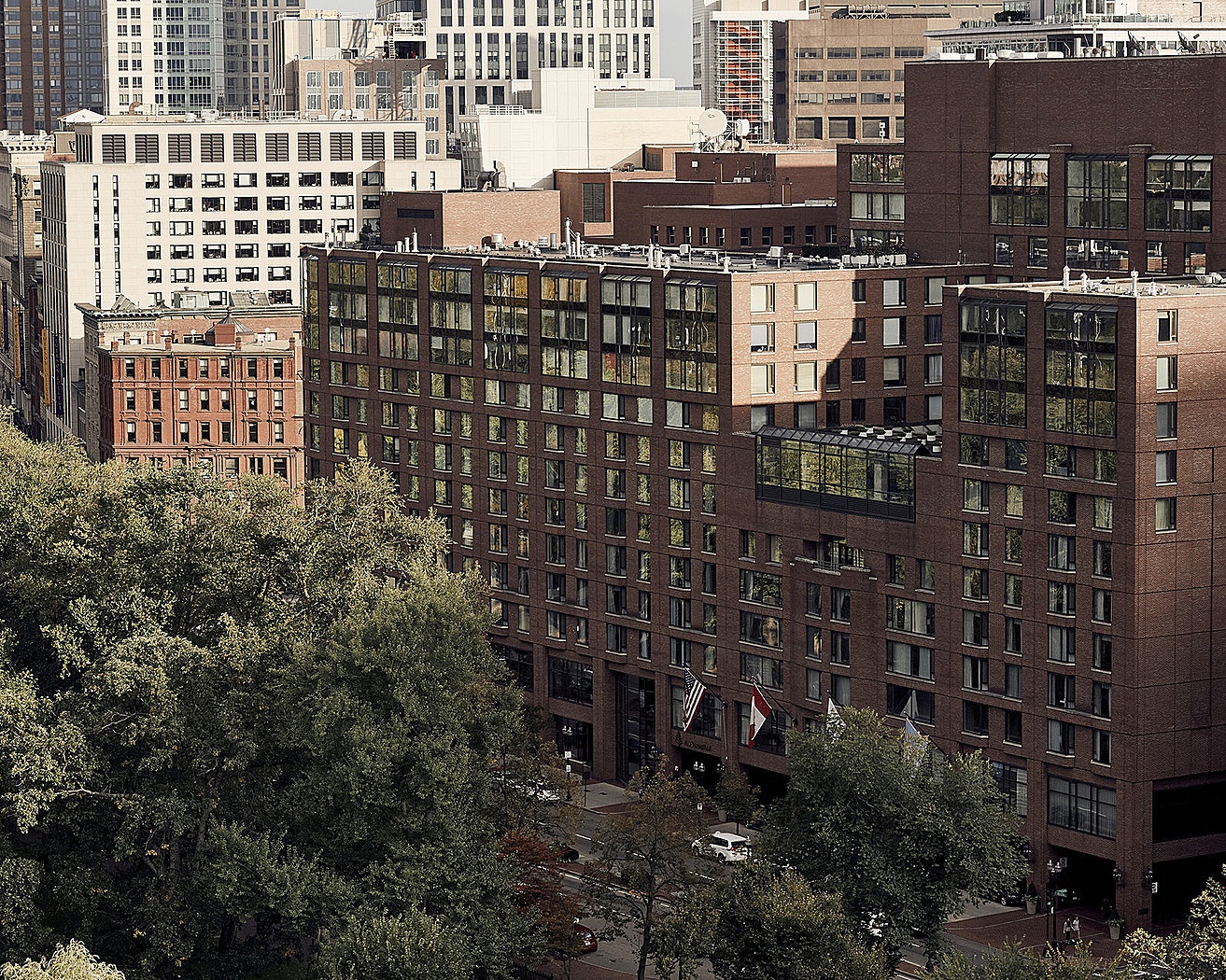 Located near Boston’s Public Garden, the city’s intimate garden made famous in Robert McCloskey’s classic 1941 children’s book Make Way For Ducklings, Boston’s Four Seasons Hotel isn’t old compared to many other landmarks in Boston, which was founded in 1630. The hotel opened in 1985. Currently, a second Four Seasons Hotel and Residence is also under construction there. Yet in a city famous for revering older, established places, a sense of history definitely plays a role in the popularly of The Bristol.

“I really think the history behind [the bar] has a lot to do with it,” Thomas said, referring to The Bristol’s enduring popularity. “We have guests here who were brought here as children and maybe they were dining in Aujourd’hui [the former, formal restaurant in Boston’s Four Seasons] or they were having a holiday party here in The Bristol. Now as adults they come here and there’s something familiar about it to them. 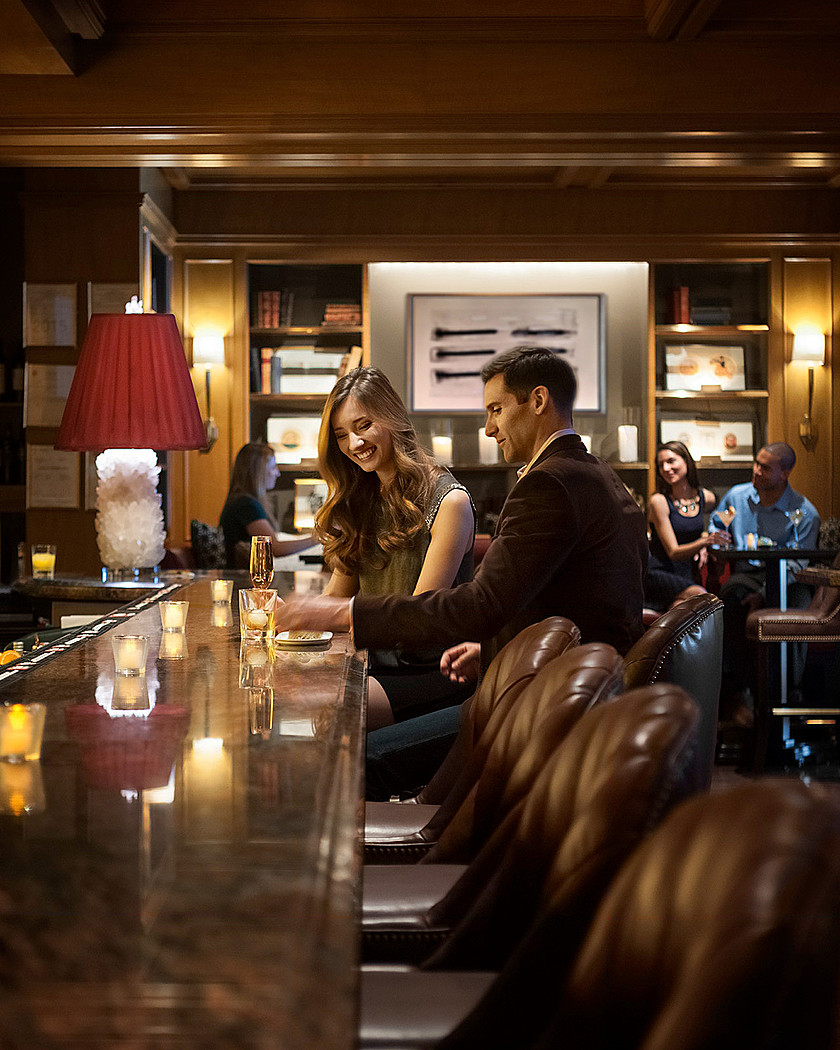 “The history of place definitely plays a part in it,” Thomas added. “We have guests who have been coming here regularly for 20-plus years. They remember every modification and rebuild here we’ve done to the bar.”

To illustrate his point, Thomas gestures to the long bar near him. “There actually used to be a courtyard just in the back of the bar behind here,” he said. “We actually did a renovation about 10 years ago. The actual cocktail lounge was much smaller than it is now, took up much less space.”

The attentive service at The Bristol and Boston’s Four Seasons Hotel in general also sets it apart from many other upscale establishments in the city. “It’s something as a company we strive very hard for,” Thomas said. “We try to take the level of hospitality and service to not just the transactional state but far beyond it.” A perfect example—upon learning one night that customers at The Bristol were running late to a Boston Symphony Orchestra concert across town at Symphony Hall, the hotel drove them to the concert for free in one of the hotel’s town cars.

“That’s certainly one of the advantages of not being an isolated bar or restaurant but being a full-service hotel,” Thomas said, adding, “If you walk up to our door and look at our menu and decide you’re looking for something specific, we will all be happy to make a recommendation. We have concierges at our side. If you’re looking to go to a show or maybe for something very specific—you are from out of town and you don’t know the city—those are all things we do our best to accommodate.” 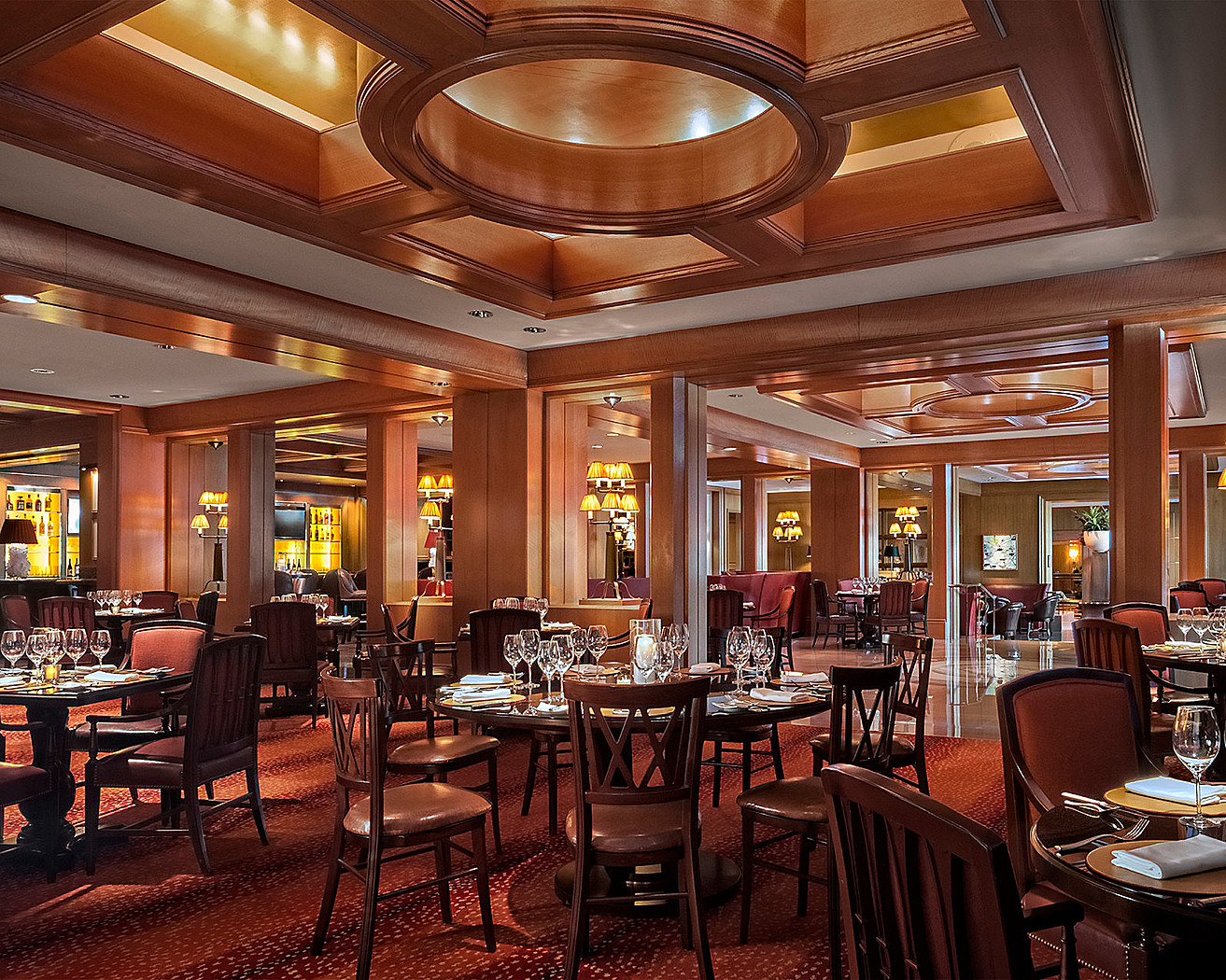 Thomas also noted that many staff members have been there for years and know everyone by name when they walk through the door, just like another famous, fictional Boston watering hole on the other side of Boston’s Public Garden where Norm, Cliff, Frazier, and many others used to idle away the hours in Cheers.

Another aspect of The Bristol that sets it apart, Thomas said, is “there’s an energy about this place. Whether or not you’re staying in the hotel or you’re here on business and you just want to go down to the bar and have a drink before you go to bed—or whether you’re here with a group of 10 or 15 people going out on a Saturday night—we have these library sections. We have the bar. We have the couches and tables and something a little bit more casual in the lounge.”

So what do people drink when they drink at The Bristol? What’s the most popular cocktail? This seemingly simple question elicited a philosophical answer that delves deep into why any of us drink what we drink—an answer that came as no surprise given that the greater Boston area is home to two of the world’s top universities—Harvard and MIT, short for the Massachusetts Institute of Technology.

“I think there would be two answers,” Thomas said. “There are what would be our popular specialty cocktails. And I think there are people who go out—the demographic familiar to your publication—who are looking for new things, to try something different. They’re looking for that white whale,” referring to the elusive leviathan in Herman Melville’s novel Moby Dick. “Whether it’s wine or spirits or a beer, they really want to diversify what they have had. 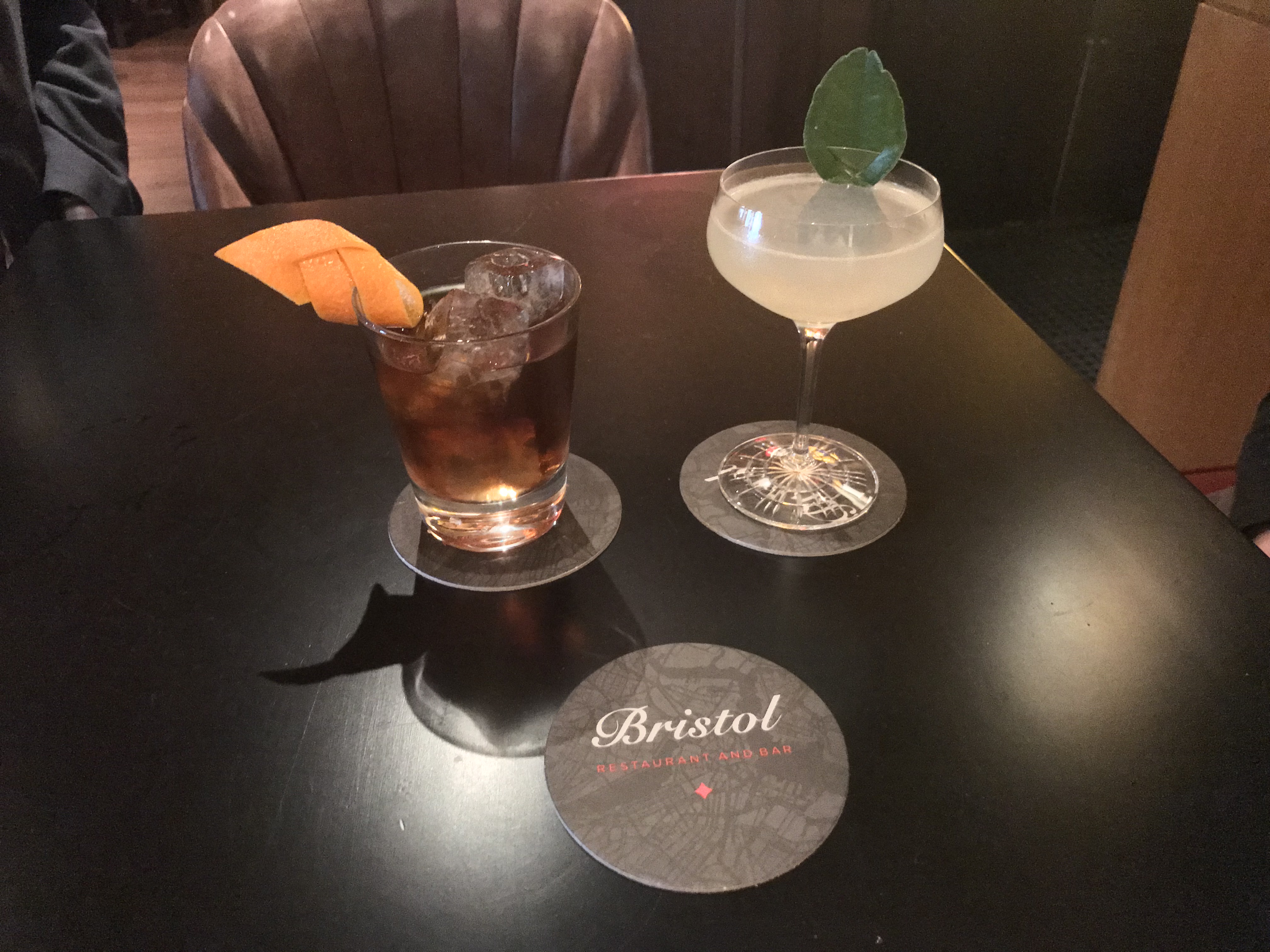 “Then there’s people who drink for familiarity,” Thomas said. “It might be comfort level.”

Thomas then revealed which familiar cocktail continues to be the most popular one at The Bristol. “I would say by far our most popular cocktail is the martini,” Thomas said. “I would love to say it’s one of our specialty cocktails but we sell a lot of martinis.

Asked whether The Bristol sells more Gin or Vodka martinis, Thomas said, “I would say it’s a pretty even mixture. I don’t think ever since the 1940s with the popularization of Vodka, I don’t think there’s any way to avoid the popularity of Vodka.

“Some people just want cold Vodka in a glass,” Thomas added. “Myself, I’m a Gin man. And as long as you’re keeping that Vermouth refrigerated, I’ll take a fifty-fifty Gin martini any day to start my meal.”

There’s also the Midnight Marauder made with Eagle Rare 10-year-old Bourbon, Jamaican Rum, Carpano Antica, and Fernet Branca. “In essence, it’s a Manhattan,” Thomas said. “But instead of using a typical couple of dashes of Angostura bitters, I’m using a quarter ounce of Fernet Branca.” Served on the rocks with an orange slice, this smooth, buttery cocktail definitely tastes like a Manhattan but has a refreshing, almost tropical-like finish.

As far as older “classic” cocktails, they’re listed on the menu along with the year the drink was invented. These drinks include a Stinger (created in 1917 and featuring Ketel One Vodka, Cognac, Crème de Menthe, and pineau des charentes) and a Lion’s Tail (created in 1937 and featuring Buffalo Trace Bourbon, lime, allspice dram, and barrel-aged bitters). 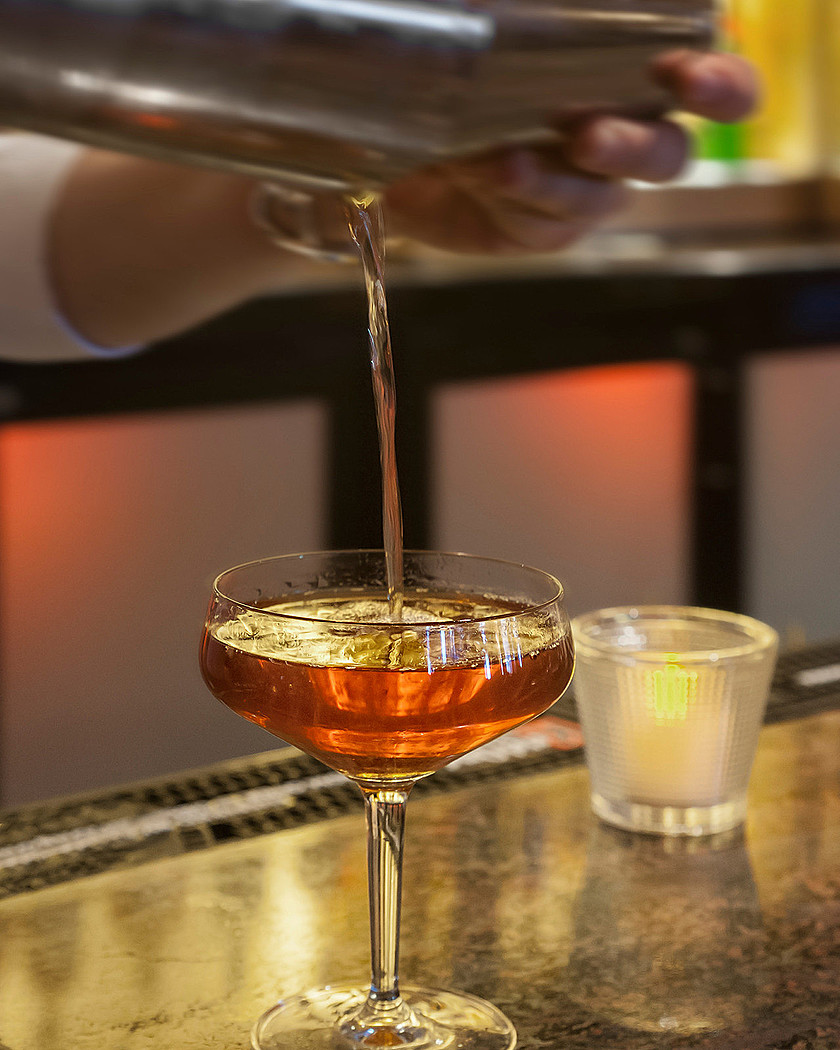 “We now have companies that produce amazing products that allow us to make variations of these cocktails that people enjoy drinking today,” said Thomas, who then rhapsodized about some of his favorite Bourbons, Gins, and Rums, along with the history of various, forgotten “classic” cocktails.

Another older classic cocktail on the menu at The Bristol is the Thai Five Gimlet. Created in 1922, The Bristol’s version of this cocktail features Absolut Vodka or Beefeater Gin, Thai lime cordial, and lime bitters. Served neat with a small Kaffir lime leaf, the Gin version of this fragrant cocktail has a clean, refreshing finish with a slight kick. The sweetness and acidity are also perfectly balanced.

“I think there’s something beautiful about people drinking for,” Thomas said, then paused. He then added, “I don’t want to say posterity, but it dates back to Hollywood, The Thin Man movies with Nick and Nora and the single-olive martinis. Or maybe it’s something their grandparents drank and they tried it one time and thought, ‘This is awful.’ And yet the more they drank it, the more they get used to it, the more it becomes tradition. 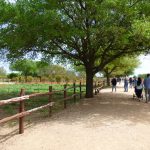 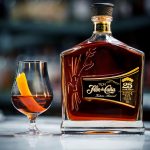