The vintage single malts of Golden Decanters’ first release put a modern twist on the water of life. In the traditionally male-dominated world of Scotch Whisky, this limited-edition, a luxury collection is curated by two women.

There’s no style over substance here.

So exactly what word would one use to describe a “woman’s” Whisky?

“Complex comes to mind,” says Medlock, a fly-fishing and Whisky enthusiast who lives in Perthshire, Scotland. “I call Scotch a super food of simple natural ingredients—water, yeast, and barley, and often very drinkable without a mixer—so no added calories!”

Golden Decanters was conceived by Mackenzie-Gillanders and Medlock on a particularly freezing December night in North Scotland.

At the time, the former worked in another male-dominated industry, fine wine. The latter ran a bespoke tour business for international travelers seeking unique Scottish experiences and helped conduct a tour of Scotland’s distilleries for one of Mackenzie-Gillanders’ wine clients.

“Our client had gone to bed and [Medlock] said, ‘Come on, let’s have a Whisky,'” says Mackenzie-Gillanders. “We went through a few Whiskies, tasting them, and learning.”

The rest is history (or, her-story, as the case may be).

For the independent bottlers’ first release, the dynamic duo tested around 200 casks before selecting single malt whiskeys from distinguished distilleries representing the four main Whisky regions of Scotland. There’s the Tight Line, a 34-year-old Glenlivet from Speyside; the High Drive, a 26-year-old Bowmore from Islay; the Golf Widow, a 22-year-old Lowland from Auchentoshan; and the Highlander, a 19-year-old Ben Nevis from the Highland region.

“We are pleased with how our first release looks and, most importantly, tastes,” says Medlock. “It really is very difficult to source great casks of single malt Scotch. Age is not necessarily a guarantee of quality.” Individually numbered, the intricately designed bottles feature whimsical hand drawings by award-winning Glasgow design house Timorous Beasties etched in Glencairn Crystal. They are bottled at natural strength and color and presented in handmade American oak boxes.

“But there’s no style over substance here,” insists Medlock, explaining that the vintage casks were selected with the assistance of industry experts like Charles MacLean.

“It’s about quality,” agrees Mackenzie-Gillanders of the casks, “regardless of what’s in vogue with a name.”

The poetic collection is as rare as it is iconic. There are only 180 collections in existence, retailing at £7,250 each.

Despite the novelty of being a female-run Whisky company, the women assure their gender isn’t an issue for Whisky connoisseurs and collectors.

“Julia and I certainly feel welcome in Whisky circles,” says Medlock, adding that they’ve met many other women interested in or already working in the industry. “There are female distillery managers, master blenders, and tour guides, all of whom have a passion for the industry. Also, we’ve found many ladies working behind the scenes in the industry from bottling halls to marketing departments.”

Our release has been bought by women in the UK and Asia, and not necessarily as gifts.

Mackenzie-Gillanders agrees that Golden Decanters has had huge amounts of support from both men and women in the industry.

“Sometimes in meetings with very successful gentlemen, sometimes the barrier is up,” she says, “but with Ann and myself, they see there’s nothing that we’re hiding, that we’re just genuine people, and the barriers start breaking down.”

So far, most of Golden Decanters’ customers have been male, but “our release has been bought by women in the UK and Asia, and not necessarily as gifts,” says Medlock, noting that she has seen increased interest in drinking Whisky among women.

It also doesn’t hurt, she concludes, that Golden Decanters is “some of the best single cask Scotch Whisky they’re ever likely to taste.” 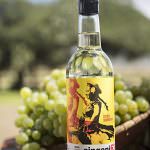 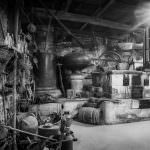