What happens when you mix a passion for home entertainment with a hobby of collecting designer and vintage glassware? If you’re Victoria Vergason, you open a designer antique barware shop. Her concept, The Hour, is dedicated to all things cocktail, where she specializes in offering “one-of-a-kind, vintage chic barware, glassware, and trays from notable designers including Dorothy Thorpe, Georges Briard, Fred Press, Culver, and Couroc.” The vintage treasures are artfully displayed in a historic building located on King Street in Alexandria, VA.

Since opening in Alexandria in 2009, The Hour has expanded to include boutiques in Neiman Marcus in both Chicago, IL, and Newport Beach, CA.

You’ll find anything you might desire, with a story behind it

The inspiration for the name of the store came from a novel with the same title written by Bernard DeVoto in the 1950s. The book: “One part celebration, one part history, two parts manifesto, Bernard DeVoto’s The Hour is a comic and unequivocal treatise on how and why we drink—properly.” Vergason stays true to the novel’s tone by offering history, a love of the art of cocktails, and a massive display of more than 10,000 pieces in her collection of quality 20th-century cocktail glassware and barware.

You’ll find anything you might desire, with a story behind it to boot, to establish or enhance a stylish bar including glassware, shakers, pitchers, jiggers, muddlers, and stirrers. They also offer a large collection of vintage cocktail jewelry and vintage handbags.

The store is heaped in history

The store is heaped in history. Vergason says that from Prohibition through the mid-century, home entertaining was all about style. She says, “Great attention was paid to details, from food and drinks offered to how they were artfully presented. Glassware ranged from elegant Dorothy Thorpe platinum-edged glasses to more modern and colorful styles from designers such as Fred Press, Georges Briard, and Culver.”

Walking around the store, the barware looks new. Other than the distinctive style of a particular era, it’s hard to tell they’re not freshly made pieces. It’s about the quality of the design. Vergason says the pieces look new because they’re all made by designers. Many pieces have sterling silver or 22-karat gold. They’re “like a little piece of art you get to use.” She says it’s hard to find a product that’s uniquely shaped, designed, and functional—and is fun to drink from and discuss with guests. “It’s nice to have something original in a home bar that has a U.S. history,” Vergason says.

“Drinks and food were plentiful at cocktail parties and were served with panache. Cocktails were shaken in front of guests in stylish, elegant silverplate or sleek chrome shakers, from makers such as Chase, Farber Brothers, and Manning Bowman, or were stirred in tall cylindrical glass pitchers embellished with modern designs. Drinks were commonly served in small glassware.  By using small glasses, refills were part of the flow of the party causing hosts to interact more frequently with their guests. In addition, by using small glasses, hosts would follow the ‘Rules of 3’: the best home cocktails involved 3 ingredients, contained 3 ounces, and were consumed in 3 sips (ensuring that drinks never got warm),” Vergason says.

You can have a piece of history in your home

The barware at The Hour exudes history. Vergason says you can tell the era of when a piece was produced by what was going on in the world at the time. For instance, she says that pre- and during Prohibition, entertaining was done in the home. To tailor to the home drinker, the style was Art Deco and the pieces were playful, colorful, and stylish. By the time the war ended, most men were going to the bar to drink, with the women typically staying at home. Vergason says that after the war the women wanted their men back at home. So, “the style changed from handmade, etched pieces to more functional. Rock glasses became popular tumblers.”

Empire shakers and pitchers became popular in the late 20s because of the Empire State Building being erected. “Designers decided instead of short, squat barware, they would be more elongated,” reflecting the history of the time. Vergason says the various styles reflect what was going on in the world at the time, making it easy to date a piece.

Home entertaining took off from the mid-40s through the 60s with the glassware created to fit this change of scenery. The elegant, classy, delicate glassware changed to a more rugged design (to cater to the male drinker), but there was more attention to style with elaborate designs printed onto the glassware. Then in the 70s a majority of glassware was being produced overseas, subsequently driving a lot of U.S. companies out of business. Unfortunately, the steel molds used to create beautiful glassware and the craftsmanship involved in applying these patterns on to the glass was lost. Many of the molds used to make the glassware were sold as scrap metal and the art was lost.

The Hour provides modern hostesses the artistry of vintage cocktail items to create a unique and stylish home bar for entertaining.

Vergason explains the items they sell and the requirements for inclusion: “The Hour only sells vintage items that are attributable to known manufacturers and designers of the past, or that we know, because of their style, are attributable to the 20th century. Many of our vintage pieces are signed by designers or include the manufacturer’s hallmark.”

The difference in using antique barware is clear for Vergason, “You can feel the glass in your hand. How different it feels…so refined, and beautifully designed. And you can have a piece of history in your home.”

Like the women wanting their men to drink at home, Vergason is trying to bring entertainment back into the home by offering consumers a piece of history with which to enjoy it and the conversations that will follow. She says, “Any tray can serve a drink, but only a Couroc can start a conversation.”

A Lesson in the History of Antique Barware

In Alexandria, Virginia, while interviewing Victoria Vergason, owner of The Hour, for Old Liquors Magazine, I was fortunate to get a lesson in antique barware and how you can tell what period a piece is from based on what was going on in the world at the time. Here, Victoria shares some insights. #antique #barware Check out www.usabyrail.blog for more lessons I've learned while traveling. 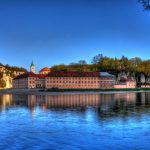