[vc_row][vc_column][vc_column_text]As the popularity of gin appears to increase with each passing month, traders and consumers alike are seeking out new ways to enjoy the classic spirit. Yet what many people don’t know is that gin is actually derived from a much older spirit—Genever. Originating in the Netherlands, this juniper-flavored liquor is still the country’s traditional drink and possesses a flavor profile similar to that of its younger cousin Gin.

However, with malty, Whiskey-like notes and a complex history, Genever is a unique liquor that is beginning to see a resurgence all of its own.

When Dutch King William of Orange became ruler of England, Scotland, and Ireland in 1689, he brought with him an entire culture whose effects upon these three nations can still be seen to this day. Language, religion, and art were all heavily influenced by the “Glorious Revolution” that saw William and his wife Mary secure the throne from Catholic ruler James II.

Yet perhaps the most lasting mark that this historic event left upon British culture was the introduction of a certain juniper-based liquor. Having already been consumed for centuries in the Netherlands, Belgium, and parts of France and Germany, Genever was originally made by distilling malt wine to 50 percent ABV. Due to the unpalatable taste of the resulting spirit, juniper berries were added both to mask the flavor and for their supposed medicinal benefits.

There are examples of Genever being mentioned in texts that date as far back as the 13th century, however, it is generally agreed upon by scholars that the drink first came into popular use as a liquor in the early 17th century. Prior to this, juniper berries were added to medicines to treat everything from stomach aches to gallstones to gout. By 1606 the Dutch government had already levied taxes on Genever, which goes some way to demonstrating the liquor’s popularity with drinkers at the time.

By the 18th century, Genever in Britain had evolved into Gin, a similar drink that lacks the maltiness and depth of its Dutch counterpart. Before long the ease of production and low quality of British Gin saw large swathes of London’s working-class population become hooked. Indeed, the government imposed the Gin Act of 1751 in a bid to prevent entire neighborhoods from sliding into alcoholism.

In 1820 the original recipe for Lucas Bols Genever was created and the basis was set for the American cocktail revolution of the 19th century. With it’s smooth malty taste, the drink was ideal for mixing and making cocktails, such as the original Collins.

Certainly, it would be no exaggeration to say that Genever played a key role in changing the way that the world drinks alcohol.

According to European Union regulations, Genever can only be produced in the Netherlands, Belgium, and parts of Germany and France.

An initial mixture of malted barley, rye, and corn is first ground and then mixed with water to form a mash. This is much alike the process and making Whiskey and Mashing essentially allowing the starches in the various grains to be broken down and fermented more effectively.

Then, this fermented mash mixture is distilled, perhaps triply or more, in order to create a spirit which will possess peaty characteristics.

Then, this malty tasting spirit will be distilled yet again however on this occasion a flavoring agent will be added to the mixture, in Genever’s case, this would, of course, be the juniper berry.

Finally, this product, which will have an incredibly strong taste of juniper berry, is mixed with unflavored spirit to create Genever as we know it. This product may then be aged depending on the type of flavor and complexity desired by the manufacturer. This can sometimes be a decades-long process.

There are three distinct varieties of Genever. These are oude, jonge, and corenwijn.

Oude Genever, literally old Genever, refers to the style of production rather than the aging process of the spirit itself. With a sweeter, more traditional flavor than modern iterations, this form must contain at least 15 percent malt wine to qualify as true oude Genever. This is the version of the spirit that gets Whiskey drinkers excited, as the malty properties truly come to the fore. Indeed, oude Genever may contain up to 50 percent malt wine.

Next up is jonge Genever, the modern version of the spirit that’s much more similar to Gin and Vodka in its neutrality. With a maximum of 15 percent malt wine, there’s not much flavor complexity of note in this version of the Dutch spirit.

Finally, comes corenwijn, the maltiest of all versions of Genever. Only readily available in the Genever heartlands of the Netherlands and Flanders, this form contains a minimum of 51 percent malt wine and is, of course, the most similar in flavor to light Scotch Whiskies.

Brands available in the USA

Gin is, of course, seeing a huge increase in popularity across the globe, with the US no exception to this trend. As a result, the availability of quality Genever has also exploded.

Now, curious souls in the States can get their hands on some truly excellent versions of this centuries-old tipple.

The most famous of all Genever producers is Bols, a Dutch institution that’s been producing the good stuff since 1664. With today’s version still using the exact recipe created in 1820, anybody who buys a bottle will be able to taste the very flavors that played such a key role in the American cocktail revolution of the late 19th-century.

Diep9 Genever is bottled by hand in historic jugs handcrafted from clay, which are still being found in old shipwrecks.

Slightly less well-known yet an excellent choice nonetheless, Diep 9 is a Belgian Genever that offers both old and young expressions. The older variety is popular among bartenders for its flexibility, as it can be used in a variety of classic cocktails as well as being delicious sipped neat or on the rocks. Perhaps it’s because their version of the drink possesses a 40 percent malt wine content.

The best places to get Genever in the US are at quality liquor stores or online at specialist sites such as BevMo.[/vc_column_text][/vc_column][/vc_row][vc_row][vc_column][vc_row_inner][vc_column_inner][vc_raw_html]JTNDZGl2JTIwc3R5bGUlM0QlMjJ0ZXh0LWFsaWduJTNBY2VudGVyJTIyJTNFJTBBJTNDaWZyYW1lJTIwd2lkdGglM0QlMjI1NjAlMjIlMjBoZWlnaHQlM0QlMjIzMTUlMjIlMjBzcmMlM0QlMjJodHRwcyUzQSUyRiUyRnd3dy55b3V0dWJlLmNvbSUyRmVtYmVkJTJGbzBaVGFfOHZBUWslMjIlMjBmcmFtZWJvcmRlciUzRCUyMjAlMjIlMjBhbGxvd2Z1bGxzY3JlZW4lM0UlM0MlMkZpZnJhbWUlM0UlMEElM0MlMkZkaXYlM0U=[/vc_raw_html][/vc_column_inner][/vc_row_inner][/vc_column][/vc_row] 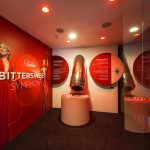 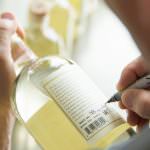