Some may think Gin and automatically imagine James Bond’s martini or the appearance of the Gin Rickey in F. Scott Fitzgerald’s The Great Gatsby. Maybe it was what your grandmother liked to drink. Alternatively, perhaps you may think nothing about Gin outside your knowledge of what goes into a Gin and Tonic. Regardless of what comes to mind, this minimalistic spirit’s old-fashioned ways are back in style with Gin getting its ultimate comeback in popular culture. In reality, Gin’s minimalistic impression belies its complex versatility and history—two common factors that have undoubtedly led to the spirit’s current revival.

Untitled | © Cobber755 / FlickrOften misconstrued, Gin’s origin dates as far back as the 13th century, documenting the discovery of the spirit’s main ingredient—genièvre, or juniper berries. One of the more well-sourced histories of genièvre and Gin itself pops up around the 16th century when Dutch chemists distributed it to patients, believing the elixir could cure ailments like gout. When Europe’s Thirty Year War erupted in 1618, soldiers from both sides would drink Gin with the belief it would bolster their courage to fight.

During the centuries following the war, Gin’s popularity soared worldwide, but mostly throughout England and Scotland. So much so that in the 18th century, a deadly epidemic spread across Great Britain—and Gin was to blame. Strict laws were set by the government, with the passing of five acts by Parliment meant to control what would be known as the “Gin Craze.”

A few generations and failed revival attempts later, Gin’s reputation has finally recovered, something that the many grand openings of new Gin distilleries, personalized and boutique Gins hitting grocery shelves, and hosted tastings of this light-bodied spirit may be a telltale sign of. Beyond the drink, a more significant phenomenon is happening to consumers around the world—a trend that’s allowed Gin to take the spotlight. Acquiring knowledge of spirits, mixers, and even complementary garnishes is a widespread movement that’s only picked up more momentum with this last generation. In the early 2010s, Whiskey and Bourbon experienced a revival within popular culture. Now that Whiskey’s taken a back seat, it’s Gin’s turn to lead the charge through its ever-growing course. Many Whiskey distilleries in England and the rest of the United Kingdom—who are the more loyal of Gin lovers—started experimenting with Gin as they waited for their Whiskey to age in their barrels. This led to a boom in the market globally, particularly with experimental and flavored Gins.

As for England’s love affair with Gin, not much has changed. Since 2010, along with the spirit’s revitalization, the number of distilleries in London alone outnumbered those throughout the rest of the nation. Gin sales in the UK struck an impressive £1 billion in 2016. A year later, the Wine and Spirits Trade Association docked 51 million bottles bought in the UK alone—more than a 27% growth from 2016.

Ultimately, trends and fads are fleeting; what’s selling out of stock one year may be forgotten the next. However, more often than not, one fad connects with another, creating a snowball effect. The same can be said for Gin lumping in with the element cool drinkers feel when they’re knowledgeable of what’s in their cocktail. When a group of drinkers goes out to the local distillery or bar, they inquire as to where their spirit came from, if it’s aged and for how long, and so on. There are classes, webinars, and tastings meant to serve the purpose of teaching patrons about a particular Gin or any other spirit.

In part, the amount of Gin-sipping gatherings throughout the world is growing due to a surge in new flavor profiles. Traditionally, there are five Gin classifications: Old Tom, London Dry, Genever, Plymouth, and Western Dry Gin, all carrying juniper berry as its main ingredient; not so much has changed in that respect. Now Gin is treated as a playground, with distillers infusing exotic flavors and introducing new botanical combinations. With fashionable profiles out there like Saffron Gin and a Sake–Gin fusion, it’s no wonder people are flocking to try these stylish Gins never seen before.

Gin is one of the most versatile spirits; most plants incorporate well with the drink, making room for lots of creativity in every batch or bottle. Ambitious botanical marriages are anticipated to be on a long, fruitful journey. With next to unlimited choices and creative potential, the next generation of Gin will be nothing less than enticing.

The spirit is in a singular position—revived for popular culture’s love of all things vintage, building momentum through versatility and room for artistic vision. 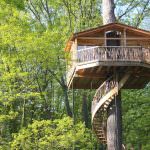 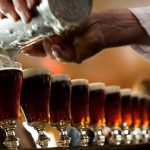