In the food world, they call it “farm to table”; but, in the spirits world, it’s called “grains to glass.” Ann Arbor Distilling Co., located in Ann Arbor, Michigan, takes this process to impeccable standards by using local grains—and then being involved with the entire process from grains to glass.

It all starts with the grain (or in the case of Brandy, fruit). Ann Arbor Distillery sources their grain locally, with the vast majority from Michigan. Working with a handful of local farmers, almost 80 percent of the grain comes from within five miles of the distillery. Phil Attee, brand ambassador at Ann Arbor Distilling Co., explains the process, “The chemistry is pretty interesting but complex. But for a simplified explanation…we start with grain, which is mostly made of starches—and starches are made of sugar. That’s the part that we want. We want the sugars.”

It all starts with the grain
(or in the case of Brandy, fruit)

The desired product from the grain is the resulting sugar. First, they convert the starch to sugar, and then by adding yeast, it converts the sugar into alcohol. Rather than buying sugar, they’re converting their own sugars from grain, keeping the entire distilling process in-house and local. “Grain is a really awesome source of sugar because it’s all stored up in starches. You can dry out grain and it will sit until you need it. Then when you need it you add water and some enzymes and all of a sudden you have a very sugar-rich base to start fermenting spirits,” Attee says.

When making Brandies using fruits, they use apples from a Michigan cider mill and, unlike grains, the sugars are readily available.

The fermentation process itself takes between four to six days for grain. At that point, after fermentation, they have about 1,000 gallons of mash (which came from using approximately 2,000 pounds of grain and 700 gallons of water). Once it’s done fermenting they end up with a fermentation tank full of 1,000 gallons consisting of a combination of water, solids, alcohol, and a handful of other compounds that are created during the fermentation process. At that point, Attee explains, everything on is very similar to beer production. “That’s where the still comes in. Our goal is to separate the alcohol from everything else. At its core, distillation is the art and science of separating compounds with heat.” The distillery’s job is to separate the alcohol from everything else. Everything goes into the pot. At Ann Arbor Distilling Co. they use a 500-gallon copper pot still. They fill it up and then use their knowledge of boiling points to separate the spirits and cook it off selectively for the desired product.

The chemistry is pretty interesting but complex

“We happen to be in a pretty lucky place geographically because Ann Arbor is centrally located enough that there are a lot of wonderful farms, just outside of town. You can throw a rock and hit a really amazing farm for local produce, grain, or anything you could possibly want,” Attee says.

“Michigan has afforded the beer industry a wonderful grain availability. The beer industry is so big here that the farmers started growing grains to supply the beer industry—and fruits for the wine industry. Now distillers, which is a much younger industry in the state of Michigan, are benefiting from those who came before us. So the fact that there’s an abundance of wonderfully available grain—and to be located geographically where we are in Ann Arbor—we have access to some wonderful stuff within a few miles.”

When asked if using local grains makes for a better product, Attee said that sourcing locally doesn’t necessarily make it taste better, but because they have access to such high-quality products locally, that does make it taste better. “It makes a big difference whether you’re using industrial grain or a grain that’s produced by someone who cares. You can taste the difference for sure,” Attee explains.

Robert Cleveland, owner of Ann Arbor Distilling Co., also owns the property where the distillery is located. A few years ago, Ari Sussman approached him with the idea of starting a distillery there. Sussman, who had spent four years working in Michigan State University’s Artisan Distilling Program, had the idea for a project to start a distillery and was looking for space. Cleveland happened to have the space, and was interested, but didn’t have the experience. Sussman got the distillery started and Cleveland is now the owner. After Sussman started the distillery he moved on to other projects and John Charles Britton came on board as the new distiller. Britton is now head distiller and operations manager. Attee started as the distiller and bar manager and now handles sales and marketing.

Although the business started in 2014, December 5, 2015, was the actual opening day. Attee mentions that although they had planned to open six months sooner, December 5 being the day Prohibition ended made for “a cool opening day.” 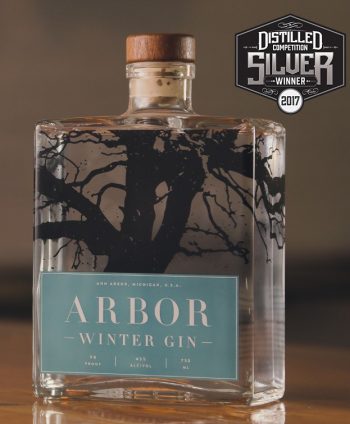 Their commitment to excellence is receiving recognition. In 2017, Ann Arbor Distilling Co. won 27 medals in national and international competitions. But Attee says being good isn’t enough, “We know we’re good, but we still want to improve. We’re one of a handful of distilleries with an R&D (Research and Development) budget. We do a lot of experimental projects. We take a different approach than what other distillers are doing.” 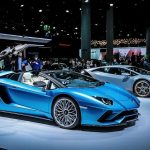